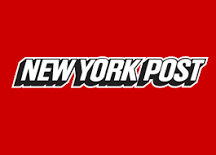 Jewish students at four City University of New York campuses are being harassed and intimidated by a pro-Palestinian student group, and the university isn’t doing enough to protect them, according to a leading advocacy group.

The Zionist Organization of America sent a 14-page letter to CUNY’s chancellor and board of trustees claiming members of Students for Justice In Palestine have engaged in “hateful, anti-Semitic and violence-inciting conduct.”

ZOA urged the university to investigate the group with an eye to banning it from all 23 university campuses.

“Such bigotry would never be tolerated by CUNY if it were being directed against another ethnic, racial or other targeted group.”

“Please do not wait until the situation escalates further and someone gets hurt,” wrote ZOA President Morton Klein. “This group does not deserve a place on any CUNY campus until it can demonstrate that it will respect and abide by the rules and standards that apply to everyone else.”

Among the incidents cited by the group:

A CUNY official said it just received ZOA’s letter on Tuesday and that a detailed response would be issued after consulting with campus officials.

CUNY also noted that the university’s college presidents had issued statements condemning some of the incidents of bigotry mentioned in the ZOA letter.

This article was published by NY Post and may be found here.

We would love to hear from you! Please fill out this form and we will get in touch with you shortly.
Trending Z
News February 24, 2016
ZOA Condemns U.S. State Dept. & U.S. Amb. Nides For Siding with Antisemitic, Discriminatory Palestinian & Hamas Terrorists re: the Temple Mount, Violating Jews’ Religious Freedom
Uncategorized February 24, 2016
FLASH: ISRAEL-JORDAN PEACE TREATY (1994) GUARANTEES JEWS ACCESS TO THE TEMPLE MOUNT – LET MY PEOPLE PRAY
Uncategorized February 24, 2016
ZOA Analysis: Most American Rabbis Who Are Boycotting Some Israeli Ministers Are From Extremist Left Wing Groups (J Street; T’ruah; JVP)
Uncategorized February 24, 2016
Israel’s “Right of Return” Grandparent Clause is De-Judaizing the Jewish State – Eliminate It
Center for Law & Justice
We work to educate the American public and Congress about legal issues in order to advance the interests of Israel and the Jewish people.
We assist American victims of terrorism in vindicating their rights under the law, and seek to hold terrorists and sponsors of terrorism accountable for their actions.
We fight anti-Semitism and anti-Israel bias in the media and on college campuses.
We strive to enforce existing law and also to create new law in order to safeguard the rights of the Jewish people in the United States and Israel.
Our Mission
ZOA STATEMENT
The ZOA speaks out for Israel – in reports, newsletters, and other publications. In speeches in synagogues, churches, and community events, in high schools and colleges from coast to coast. In e-mail action alerts. In op-eds and letters to the editor. In radio and television appearances by ZOA leaders. Always on the front lines of pro-Israel activism, ZOA has made its mark.
Connect with us
Sign up for our Newsletter