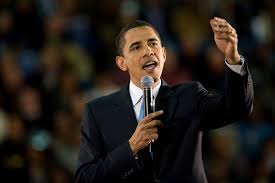 “According to Leon Panetta, [President Obama] has questioned why the U.S. should maintain Israel’s so-called qualitative military edge, which grants it access to more sophisticated weapons systems than America’s Arab allies receive.”

President Obama’s reported “eagerness” to “question” maintaining Israel’s QME contradicts the statements of the President’s own State Department, as well as the President’s personal assurances of his “unshakable commitment” to Israel’s security.  U.S. Assistant Secretary, Bureau of Political-Military Affairs, Andrew Shapiro, stated in a speech in November 2011 entitled “Ensuring Israel’s Qualitative Military Edge” (posted on the U.S. State Department website), that: “The cornerstone of America’s security commitment to Israel has been an assurance that the United States would help Israel uphold its qualitative military edge.  This is Israel’s ability to counter and defeat credible military threats from any individual state, coalition of states, or non-state actor, while sustaining minimal damages or casualties.”

U.S. Assistant Secretary Shapiro further noted that assuring Israel’s QME is even more vital in these “turbulent times.”  The times are even more turbulent now, with the rise and expansion of ISIS’s reach, utter chaos in Syria, and Iran using its windfall from the Iran deal to provide advanced guidance systems and arms to terrorist groups throughout the Middle East.

“A strong partnership supports U.S. national security . . . America’s commitment to Israel’s security and prosperity has extended over many decades because our leaders on both sides of the aisle have long understood that a robust United States-Israel security relationship is in our interests.  Our support for Israel’s security helps preserve peace and stability in the region. If Israel were weaker, its enemies would be bolder. This would make broader conflict more likely, which would be catastrophic to American interests in the region.  It is the very strength of Israel’s military which deters potential aggressors and helps foster peace and stability. Ensuring Israel’s military strength and its superiority in the region, is therefore critical to regional stability and as a result is fundamentally a core interest of the United States.”

“The United States and Israel also see eye to eye on host of strategic questions. Indeed, a new Washington Institute report by Robert Blackwill and Walter Slocombe articulates the strategic benefits of the relationship for the United States. The authors argue that “the commonality of interest has long been the dominant theme of the U.S. – Israel bilateral relationship.” Israel is a vital ally and serves as a cornerstone of our regional security commitments. From confronting Iranian aggression, to working together to combat transnational terrorist networks, to stopping nuclear proliferation and supporting democratic change and economic development in the region – it is clear that both our strategic outlook, as well as our national interests are strongly in sync.”

“The United States also experiences a number of tangible benefits from our close partnership with Israel. For instance, joint exercises allow us to learn from Israel’s experience in urban warfare and counter-terrorism. Israeli technology is proving critical to improving our Homeland Security and protecting our troops. One only has to look at Afghanistan and Iraq, where Israeli armor plating technology is being used on U.S. military vehicles and innovative equipment, such as the specially designed “Israeli bandage,” is being used to treat our troops. The links between our two governments and U.S. and Israeli defense companies have yielded important groundbreaking innovations that ultimately make us all safer. This involves sensors, unmanned aerial vehicle technology, surveillance equipment, and detection devices to seek out IED’s that support our forces. Additionally, if we are considering the economic impact, it is important to note that our security assistance to Israel also helps support American jobs, since the vast majority of security assistance to Israel is spent on American-made goods and services.”

U.S. Assistant Secretary Shapiro concluded: “In sum, while our commitment to Israel’s security is rooted in our shared values and outlook, we don’t provide assistance out of charity. We provide assistance because it benefits our [U.S.] security.”

Assuring Israel’s QME is also essential because “Israel must rely on better equipment and training to compensate for being much smaller geographically and in terms of population than its potential adversaries.”  (Congressional Research Service report, June 10, 2015).

We would love to hear from you! Please fill out this form and we will get in touch with you shortly.
Trending Z
Uncategorized March 16, 2016
ZOA Analysis: Most American Rabbis Who Are Boycotting Some Israeli Ministers Are From Extremist Left Wing Groups (J Street; T’ruah; JVP)
Uncategorized March 16, 2016
ZOA: Israel’s Reasonable Judicial Reform Proposals Are Good for Democracy, the Rule of Law and the Economy
News March 16, 2016
ZOA is Disappointed, Offended and Frightened by 211 U.S. House Votes Supporting Jew-Hating, Israel-Hating Rep. Ilhan Omar
Uncategorized March 16, 2016
Israel’s “Right of Return” Grandparent Clause is De-Judaizing the Jewish State – Eliminate It
Center for Law & Justice
We work to educate the American public and Congress about legal issues in order to advance the interests of Israel and the Jewish people.
We assist American victims of terrorism in vindicating their rights under the law, and seek to hold terrorists and sponsors of terrorism accountable for their actions.
We fight anti-Semitism and anti-Israel bias in the media and on college campuses.
We strive to enforce existing law and also to create new law in order to safeguard the rights of the Jewish people in the United States and Israel.
Our Mission
ZOA STATEMENT
The ZOA speaks out for Israel – in reports, newsletters, and other publications. In speeches in synagogues, churches, and community events, in high schools and colleges from coast to coast. In e-mail action alerts. In op-eds and letters to the editor. In radio and television appearances by ZOA leaders. Always on the front lines of pro-Israel activism, ZOA has made its mark.
Related Articles
OP-ED ZOA: Natl. Jewish Democratic Council Should Oppose Hagel Nomination As It Did In 2009