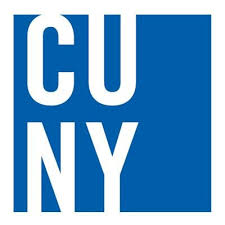 The Zionist Organization of America (ZOA) today called on James B. Milliken, the Chancellor of The City of New York (CUNY), and the CUNY Board of Trustees to issue a statement to the CUNY community, publicly condemning a resolution to boycott Israeli academic institutions, which is under consideration by the Doctoral Students’ Council (DSC), the student government at CUNY’s graduate school.  The DSC is scheduled to vote on the resolution late this afternoon, minimizing the likelihood that Sabbath-observant Jews will be able to attend and express their views and concerns.

The resolution endorses a boycott of Israeli colleges and universities “for as long as the Israeli state continues to violate Palestinian rights under international law.”  In addition, the resolution “supports the efforts of Students for Justice in Palestine at CUNY,” whose hateful, divisive and anti-Semitic conduct has created a hostile and intimidating learning environment for Jewish students on at least four CUNY campuses.  In a 14-page letter sent in February to Chancellor Milliken and the CUNY Board of Trustees, the ZOA described the SJP’s harassing, threatening and marginalizing conduct, which CUNY to that point had failed to effectively address.  The ZOA’s letter triggered an independent investigation into anti-Semitism at CUNY, as well as calls from local and state lawmakers that CUNY leaders finally take the necessary steps to remedy the problem, and a demand from 35 Democratic and Republican public officials in New York, pressing for the SJP’s immediate suspension from all CUNY campuses.

In addition to infringing on free expression and the free exchange of ideas, the proposed academic boycott at CUNY is anti-Semitic.

Academic boycotts like the one pending at CUNY violate the free exchange of ideas, and have been opposed by the American Association of University Professors (AAUP) since 2005.  The AAUP especially opposes “selective academic boycotts” such as the one under consideration at CUNY, which “entail an ideological litmus test.”  Explaining its opposition to selective academic boycotts, the AAUP stated that “we cannot endorse the abuse of political or religious views as a test of eligibility for participation in the academic community.”

In addition to infringing on free expression and the free exchange of ideas, the proposed academic boycott at CUNY is anti-Semitic.  Hannah Rosenthal, then the U.S. State Department’s Special Envoy to Monitor and Combat Anti-Semitism, made it clear in 2011 that “when academics from Israel are boycotted – this is not objecting to a policy – this is anti-Semitism.”  In 2007, hundreds of college and university chancellors and presidents across the country publicly endorsed a statement (published in The New York Times and entitled “Boycott Israeli Universities?  Boycott Ours, Too!”), which condemned the decision by the union representing British academics to promote a boycott of Israeli educational institutions.

Matthew Goldstein, then the Chancellor of CUNY, was among the signers of this statement.  In 2013, CUNY’s Interim Chancellor William P. Kelly issued a statement addressing the American Studies Association’s boycott of Israeli universities, noting that “[t]he free exchange of ideas is at the heart of the academic enterprise.  Any effort to impede that flow is antithetical to the values that universities hold most dear.”

In light of the serious allegations of anti-Semitism now plaguing CUNY, it is disheartening to say the least that Chancellor Milliken has failed to issue a statement to the CUNY community condemning the DSC’s current effort to boycott Israeli academic institutions.

Last Monday, after the Jewish Daily Forward reported on the upcoming boycott vote at CUNY, Chancellor Milliken submitted a letter to the editor of the Forward, in which he stated, “At the end of the day, a decision on this matter is the province of the CUNY Board of Trustees.  Other CUNY leaders and I have consistently and publicly opposed a boycott of Israeli institutions of higher education. “

A letter to the editor of a Jewish newspaper is not enough.  The Chancellor and the Board of Trustees must exercise moral leadership.  They should issue a public statement to the entire CUNY community prior to today’s vote by the DSC, making it clear that:

Morton A. Klein, ZOA’s National President, urged the Chancellor to speak out immediately and denounce the CUNY resolution calling for the boycott of Israeli academic institutions, stating:  “If the Chancellor fails to speak out before today’s vote by CUNY’s graduate school student government, then he will yet again have missed a crucial opportunity to show that anti-Semitism, including the unwarranted singling out of Israel for condemnation and punishment, will not be tolerated at CUNY.”

We would love to hear from you! Please fill out this form and we will get in touch with you shortly.
Trending Z
News April 15, 2016
ZOA Condemns U.S. State Dept. & U.S. Amb. Nides For Siding with Antisemitic, Discriminatory Palestinian & Hamas Terrorists re: the Temple Mount, Violating Jews’ Religious Freedom
Uncategorized April 15, 2016
FLASH: ISRAEL-JORDAN PEACE TREATY (1994) GUARANTEES JEWS ACCESS TO THE TEMPLE MOUNT – LET MY PEOPLE PRAY
Uncategorized April 15, 2016
ZOA Analysis: Most American Rabbis Who Are Boycotting Some Israeli Ministers Are From Extremist Left Wing Groups (J Street; T’ruah; JVP)
Uncategorized April 15, 2016
Israel’s “Right of Return” Grandparent Clause is De-Judaizing the Jewish State – Eliminate It
Center for Law & Justice
We work to educate the American public and Congress about legal issues in order to advance the interests of Israel and the Jewish people.
We assist American victims of terrorism in vindicating their rights under the law, and seek to hold terrorists and sponsors of terrorism accountable for their actions.
We fight anti-Semitism and anti-Israel bias in the media and on college campuses.
We strive to enforce existing law and also to create new law in order to safeguard the rights of the Jewish people in the United States and Israel.
Our Mission
ZOA STATEMENT
The ZOA speaks out for Israel – in reports, newsletters, and other publications. In speeches in synagogues, churches, and community events, in high schools and colleges from coast to coast. In e-mail action alerts. In op-eds and letters to the editor. In radio and television appearances by ZOA leaders. Always on the front lines of pro-Israel activism, ZOA has made its mark.
Related Articles
OP-ED ZOA to Bard Univ.: Cut Ties with Anti-Semitic Al-Quds Univ.