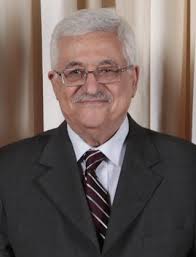 The Zionist Organization of America (ZOA) has pointed out three new glaring examples of incitement to hatred and murder within Mahmoud Abbas’ Palestinian Authority (PA), which has met with silence from the Obama Administration and other governments around the world. The ZOA has also renewed its call for U.S. aid to the PA to be terminated.

1. Following the April 18, 2016 bus bombing in Jerusalem in which 21 Israelis were injured, several of them seriously, Abbas’ Fatah party posted an announcement on its official Facebook page from a division of the Fatah military wing, the Al-Aqsa Martyrs’ Brigades – a U.S. listed terrorist group –– in which the Brigades “bless” the attack, referring to it as “good news of victory,” and praising the fact that “dozens of Zionists were injured” in the “operation” conducted in the “occupied city of Jerusalem.” Fatah also called such attacks “the best option of response” (Ma’am, Independent Palestinian News Agency and Fatah Facebook page, April 18, 2016, translation in ‘Fatah praise for bus bombing in Jerusalem,’ Palestinian Media Watch (PMW) bulletin, April 19, 2016).

We have repeatedly called for terminating U.S. aid to Abbas’ P.A. on account of its pro-terror, anti-peace, nazi-like words and deeds, of which incitement to hatred and murder of Jews is a prominent feature.

2. Only two days after a bombing attack in Jerusalem by a suicide bomber in which 21 people were injured, Abbas’ Fatah Party posted a 9-minute video entitled ‘Martyrdom-seeking unites us,’ showing a staged stabbing and car-ramming attack on Israelis soldiers in which two soldiers are killed while the three terrorists who kill them are themselves killed, thus becoming ‘martyrs’ to the accompaniment of a song containing the words, ‘There is no God but Allah and the Shahid [martyr] is Allah’s beloved.’ (Fatah Facebook post, translations in ‘Abbas’ Fatah: Stab, run over Israelis, be a Martyr,’ PMW bulletin, April 20, 2016). A wave of stabbings and car ramming has claimed the lives of over 30 Israelis in recent months.

3. A PA preacher publicly called in a broadcasted sermon thus, “Allah, punish the enemies of religion, count their numbers and kill them to the last one and bring them a black day. Allah, punish the wicked Jews, and those among the atheists who help them.” (Official PA TV, April 22, 2016, translation in ‘Prayer for genocide of “enemies” of Allah, by PA TV preacher,’ PMW bulletin, April 24, 2016).

ZOA National President Morton A. Klein said, “We have repeatedly called for terminating U.S. aid to Abbas’ P.A. on account of its pro-terror, anti-peace, nazi-like words and deeds, of which incitement to hatred and murder of Jews is a prominent feature.

“In October, Abbas called for a ‘day of rage’ when the Al-Aqsa Mosque in Jerusalem was temporarily closed, describing the temporary closure as a ‘declaration of war.’  He also warned against allowing Jews to ‘contaminate’ with their ‘filthy feet’ the Temple Mount, Judaism’s holiest site.

“When Abbas commissioned the official emblem for his Fatah party, it depicted all of Israel as ‘Palestine’ covered by a keffiyeh (Palestinian scarf), with a picture of the terrorist Yasser Arafat and a Kalashnikov rifle in the center.

“Abbas’ PA regularly holds parades and ceremonies glorifying deceased terrorists, and names streets, schools and sports teams in their honor. Large posters of these terrorists are on display in PA schools, universities and public places, honoring these murderers instead of condemning them. The PA pays pensions to suicide bombers and Jew-killing terrorists. The greater the number of Jews murdered, the higher the pension. And rather than distance itself as much as possible from Hamas, Abbas’ PA embraced this U.S.-designated terrorist group, whose Charter calls for the murder of Jews and the destruction of Israel.

“Mahmoud Abbas is not a leader who is trying to calm tensions and encourage peace with the Jewish State of Israel. He is leading a campaign of incitement, terrorism, delegitimization, and Nazi-like murder against Israel and Jews.  U.S. aid to the P.A. should be terminated forthwith.”

We would love to hear from you! Please fill out this form and we will get in touch with you shortly.
Trending Z
Uncategorized April 27, 2016
ZOA Analysis: Most American Rabbis Who Are Boycotting Some Israeli Ministers Are From Extremist Left Wing Groups (J Street; T’ruah; JVP)
Uncategorized April 27, 2016
ZOA: Israel’s Reasonable Judicial Reform Proposals Are Good for Democracy, the Rule of Law and the Economy
News April 27, 2016
ZOA is Disappointed, Offended and Frightened by 211 U.S. House Votes Supporting Jew-Hating, Israel-Hating Rep. Ilhan Omar
Uncategorized April 27, 2016
Israel’s “Right of Return” Grandparent Clause is De-Judaizing the Jewish State – Eliminate It
Center for Law & Justice
We work to educate the American public and Congress about legal issues in order to advance the interests of Israel and the Jewish people.
We assist American victims of terrorism in vindicating their rights under the law, and seek to hold terrorists and sponsors of terrorism accountable for their actions.
We fight anti-Semitism and anti-Israel bias in the media and on college campuses.
We strive to enforce existing law and also to create new law in order to safeguard the rights of the Jewish people in the United States and Israel.
Our Mission
ZOA STATEMENT
The ZOA speaks out for Israel – in reports, newsletters, and other publications. In speeches in synagogues, churches, and community events, in high schools and colleges from coast to coast. In e-mail action alerts. In op-eds and letters to the editor. In radio and television appearances by ZOA leaders. Always on the front lines of pro-Israel activism, ZOA has made its mark.
Related Articles
OP-ED ZOA to Bard Univ.: Cut Ties with Anti-Semitic Al-Quds Univ.