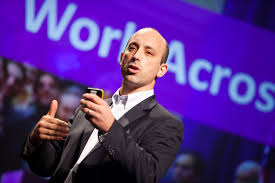 First of all, I must state that I, Morton A. Klein, was actively involved in the 1960’s civil rights struggle for African-American rights. I participated in sit-ins, marches and I even traveled to Mississippi to fight for Black voting rights and was arrested.  Of course ZOA and I strongly agree and acknowledge that Black lives matter and have as much worth as any non-Black lives.  ZOA strongly supports equal and unbiased institutional and personal treatment of African-Americans by the police and everyone else.  Nevertheless, we have grave concerns about actions and policies #BlackLivesMatter has taken with respect to the Jewish State of Israel and some members of this group calling for the killing of police officers.

#BlackLivesMatter should thus never be promoted and supported as the Anti-Defamation League (ADL) does in speeches and schools.

Today, when Israel and the Jewish people are under attack from numerous quarters, it is imperative that ADL and its director Jonathan Greenblatt stop supporting and promoting the anti-Israel, pro-BDS, anti-police group  #BlackLivesMatter.   Instead, ADL and Greenblatt should strongly condemn them.

ZOA is concerned that the ADL supported and promoted #BlackLivesMatter and its agenda in ADL leader Jonathan Greenblatt’s recent speech to the extremist anti-Israel, Soros-funded J Street.   Greenblatt stated  “. . . making sure that “Black Lives Matter”. . . . are the struggles of our time.”

In addition, ADL school “lesson plans,” “curriculum resources” and “family discussion guides” bolstering the #BlackLivesMatter movement and/or its agenda  – which are readily available on ADL’s website – include: • “Black Lives Matter: From Hashtag to Movement”; •  “Teaching About Ferguson and Beyond”; • “Black Lives Matter: Family Discussions About Current Events”; • “Engaging Young People In Conversations About Race and Racism”; • “Privilege, Discrimination And Racial Disparities In The Criminal Justice System”; • “Exploring Solutions to Address Racial Disparity Concerns”; “Self Defense and Racial Profiling”; and • “What is Happening in Ferguson, MO.”

#BlackLivesMatter co-founder Patrisse Cullors, and over 1,000 black “social justice” activists, including other leading #BlackLivesMatter activists and allies, signed a vicious anti-Semitic, anti-Israel statement entitled “2015 Black Solidarity Statement with Palestine,” which falsely accused Israel of “ethnic cleansing,” “brutality,” “massacres,” etc. and endorsed anti-Israel boycotts, stating: “We wholeheartedly endorse Palestinian civil society’s 2005 call for Boycott, Divestment, and Sanctions (BDS) against Israel and call on Black and US institutions and organizations to do the same.  We urge people of conscience to recognize the struggle for Palestinian liberation as a key matter of our time.”   The “2015 Black Solidarity Statement with Palestine” also specifically singled out one of the chief corporate targets of the BDS movement, G4S, “as a target for further joint struggle.”

The “2015 Black Solidarity Statement with Palestine” also mentions international trips to strengthen black racial justice activists and Palestinian Arabs’ “joint struggle.”   These include a trip taken by “representatives of Black Lives Matter, Ferguson and other racial justice groups to Palestine.”

International Socialist Review explained that:  “The [Black Lives Matter] movement quickly connected with and inspired other movements.  Palestine solidarity activists have had visible contingents at many of the protests, with organizations highlighting extensive cooperation between US urban police departments and the Israeli state.  A discussion with Black activists in the movement was featured prominently at the Students for Justice in Palestine national conference in Boston in the fall.”  See Black Lives Matter: A New Movement Takes Shape.

#BlackLivesMatter does “teach-ins” and presentations based on a hateful, professionally-produced propaganda video entitled “When I see them, I see us.” The video likens Gazan “victims of Israel” to American black victims of police shootings.   The video includes black anti-Israel activist Cornel West, black American actress and rapper Lauryn Hill, and Palestinian Arab-American “social justice” organizer and “Dream Defenders” co-founder Ahmad Abuznaid.  (“Dream Defenders is an ally of #BlackLivesMatter, founded after the killing of Trayvon Martin to “mobilize” and train youth concerning “Palestine,” “mass incarceration,” etc.).   On Sunday April 3, 2016, #BlackLivesMatter and the Cincinnati Palestine Solidarity Coalition did a “Teach In – Building Solidarity Between the Movements for Black and Palestinian Liberation” program featuring the “When I see them, I see us” video, at the Clifton Mosque in Cincinnati.

Activists from #BlackLivesMatter joined anti-Israel pro-Palestinian Arab groups’ mantra “From Palestine To Ferguson” (FPTF), and carry banners proclaiming: “From Palestine to Ferguson, End Racism Now” and “From Ferguson to Palestine, Occupation is a Crime.”  As Frontpage.mag explained, FPTF “quickly evolved into shorthand for trumped-up charges of victimization, calls to revolution in the name of “social justice,” and vindictive hatred disguised as a plea for respect.”

At an October 30, 2015 protest outside a reelection event for New York City Mayor DeBlasio at the Sheraton hotel, “pro-Palestine activists from the movement known as Black Lives Matter likened US police forces in New York to Israeli soldiers in violence and brutality.  They also called for justice for Palestinians facing Israeli aggression across the occupied territories.”  (PressTV video)  Anti-Israel “pro-Palestine” signs and chants have also been an integral part of Ferguson and other #BlackLivesMatter demonstrations.

#BlackLivesMatter activists, including the anti-Israel hate group Jewish Voice for Peace (JVP is active in the #BlackLivesMatter and anti-Israel BDS movements) publicly criticized #BlackLivesMatter supporter and critic of certain Israeli policies Rabbi Susan Talve for also expressing support for Israel.  JVP wrote in an open letter to Talve:  “Solidarity from Ferguson to Palestine has become a central tenet of the movement in St. Louis. Because Israeli and U.S. state oppression are deeply interconnected.”  A St. Louis community organizer stated: “It’s hypocritical to support one [issue] and not the other.”  Another JVP member stated:  “Students who support movements like #blacklivesmatter [need to ask themselves] why they are complicit in supporting racist governments [Israel].”

After #BlackLivesMatter and its allies signed the infamous “2015 Black Solidarity Statement with Palestine,” black pro-Israel advocate Chloe Valdary stated: “Quite frankly, it is a shame that the BDS movement has hijacked the historical black struggle in an attempt to build solidarity with a blatantly antisemitic campaign that seeks to strip Jews of their rights to their homeland. . . . that one would protest police brutality against a minority on the one hand and promote the disenfranchisement of another historical minority on the other — namely the Jews — is philosophically inconsistent and morally bankrupt.”

Incredibly, ADL has continued its support of #BlackLivesMatter despite the fact that ADL is well aware of #BlackLivesMatter’s alliances with anti-Israel hate groups.  An ADL blog entitled Campus Groups Exploit Domestic Social Issues to Attack Israel (Nov. 24, 2015) states that: “Anti-Israel groups on university and college campuses continue to link the Israeli-Palestinian conflict to issues of police brutality and discrimination in the U.S.”   The blog provides several examples, including a Marquette University panel discussion, co-sponsored by anti-Israel hate groups SJP, JVP, the Black Student Council (BSC) and others.  The featured panelists included anti-Israel Electronic Intifada founder Ali Abunimah (who I once debated at the University of Michigan-dealing with his horrific statements against Israel) and #BlackLivesMatter movement activist Nate Hamilton. Another ADL blog, entitled  “Ferguson = Gaza: Manufacturing A False Comparison,” cites even more examples.  In a January 2015 Op-Ed, ADL Deputy National Director Kenneth Jacobson also criticized linking “Ferguson” to “the Israeli-Palestinian conflict.”(In Jacobson’s op-ed, he also gave moral and inaccurate equivalence to the Arab/Islamic war against Israel by writing “neither side is 100% correct”  and that  “two peoples had historic claims to the same land.”)

Sadly, ADL fails to mention #BlackLivesMatter’s alarming calls for murder in ADL’s “educational” presentations – or anywhere else that we know of.

ADL’s #BlackLivesMatter-related educational materials promote and support an enemy of Israel and the Jewish people.  The materials are also a colossal waste of ADL resources at a time of increasing worldwide anti-Semitism.

ZOA’s analysis also found numerous other problems with ADL’s #BlackLivesMatter educational materials, which ZOA may detail in a separate release.

Very briefly, ADL’s educational materials: encourage high school students to become involved in the Ferguson protests; contain misleading, selective police shooting statistics; repeat claims (such as the Ferguson “hands up” claim and lack of knowledge of the prior robbery claims) without mentioning that these claims were debunked by multiple thorough investigations; frequently fail to present self-defense claims, or present self-defense as an example of “racial profiling”; and complain about (so-called) “unearned white privilege.”   (Incidentally, “unearned white privilege” stereotypes have been used against Jews, despite the fact that many Jews are not white.)

Why is ADL Supporting an Anti-Semitic, Israel Bashing Group?

ADL in its fundraising letter proclaims that “The ADL is your guard…We watch out for …anti-Semitism, warn you about it, and respond to it creatively and effectively.”If ADL’s mission is to fight anti-Semitism and Israel-bashing, then why is ADL supporting and promoting the anti-Semitic, Israel-bashing #BlackLivesMatter group?

ZOA again urges ADL and its director Jonathan Greenblatt to end their support and promotion for the #BlackLivesMatter movement that has allied itself with anti-Israel, anti-Semitic, pro-BDS hate groups.  #BlackLivesMatter should be condemned, not promoted and whitewashed.

We would love to hear from you! Please fill out this form and we will get in touch with you shortly.
Trending Z
News June 28, 2016
ZOA Condemns U.S. State Dept. & U.S. Amb. Nides For Siding with Antisemitic, Discriminatory Palestinian & Hamas Terrorists re: the Temple Mount, Violating Jews’ Religious Freedom
Uncategorized June 28, 2016
FLASH: ISRAEL-JORDAN PEACE TREATY (1994) GUARANTEES JEWS ACCESS TO THE TEMPLE MOUNT – LET MY PEOPLE PRAY
Uncategorized June 28, 2016
ZOA Analysis: Most American Rabbis Who Are Boycotting Some Israeli Ministers Are From Extremist Left Wing Groups (J Street; T’ruah; JVP)
Uncategorized June 28, 2016
Israel’s “Right of Return” Grandparent Clause is De-Judaizing the Jewish State – Eliminate It
Center for Law & Justice
We work to educate the American public and Congress about legal issues in order to advance the interests of Israel and the Jewish people.
We assist American victims of terrorism in vindicating their rights under the law, and seek to hold terrorists and sponsors of terrorism accountable for their actions.
We fight anti-Semitism and anti-Israel bias in the media and on college campuses.
We strive to enforce existing law and also to create new law in order to safeguard the rights of the Jewish people in the United States and Israel.
Our Mission
ZOA STATEMENT
The ZOA speaks out for Israel – in reports, newsletters, and other publications. In speeches in synagogues, churches, and community events, in high schools and colleges from coast to coast. In e-mail action alerts. In op-eds and letters to the editor. In radio and television appearances by ZOA leaders. Always on the front lines of pro-Israel activism, ZOA has made its mark.
Related Articles
OP-ED ZOA to Bard Univ.: Cut Ties with Anti-Semitic Al-Quds Univ.