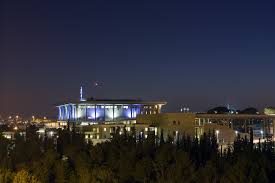 Today, I felt the impact of 8,000 Jewish families that have been forgotten by the general public within and around the international community. Gush Katif is the community of the Gaza Strip on the southwest border of the country who in 2005 were forcibly removed from their homes in an effort for peace with the Palestinians. This experience changed my view on the entire conflict and the general opinion of the Palestinian public, especially the extremist movements.

First of all, let it be known, there is and has never been an Arab nation known as Palestine. Since the emigration of Jewish refugees to the province of Palestine (soon to be British Mandate and then the state of Israel) the Arabs have attempted to cleanse the area of Jews and have boasted of their efforts to do so. Now, in efforts for peace, thousands of residents have been uprooted from their homes in the Negev and Gush Katif in hopes that the Arabs will cease their violence of the Jewish community living in Israel.

In a democratic election, Hamas won the popular vote and instilled their extremist ideologies into the youth, creating a destructive process of thought that would plague an entire generation of Palestinians who are now aiming to kill Jews by any and all means.

2005 was a difficult time, as Israel voted in a democratic election to disengage from the Gaza Strip. With this disengagement came exile and after followed rockets from the newly elected rule of terrorist organization Hamas. In a democratic election, Hamas won the popular vote and instilled their extremist ideologies into the youth, creating a destructive process of thought that would plague an entire generation of Palestinians who are now aiming to kill Jews by any and all means.

Gush Katif had been thriving since before the founding of the State and everything that the pioneers of this desert wasteland did was destroyed by the call of a vote. Their efforts for peace had failed and exile is the only memory that the country has of the disengagement from Gaza.

We then visited the city of Sderot, the closest city to the Gaza Strip. There we met and played with children who have been traumatized by the 2014 barrage of rockets from our lovely friends in Gaza. The social norm is to know where a bomb shelter is at all times. Children no older than 6 years old should not have to live like this, regardless of the international communities’ beliefs on the conflict plaguing the country. Following this, we visited the rocket gallery at the police station where we saw the hundreds of rocket shells sent over from Gaza. The take away from this experience is that no person should live in fear. Neither from the border cities of Gaza or the Gazans themselves, and it’s about time that the UN and other international bodies wake up and smell the rocket fuel because no person should live in a life of fear. Living in a life of fear is a fact that no man, woman, nor child should have to deal with.

We would love to hear from you! Please fill out this form and we will get in touch with you shortly.
Trending Z
Uncategorized July 6, 2016
FLASH: ISRAEL-JORDAN PEACE TREATY (1994) GUARANTEES JEWS ACCESS TO THE TEMPLE MOUNT – LET MY PEOPLE PRAY
Uncategorized July 6, 2016
ZOA Analysis: Most American Rabbis Who Are Boycotting Some Israeli Ministers Are From Extremist Left Wing Groups (J Street; T’ruah; JVP)
Uncategorized July 6, 2016
Israel’s “Right of Return” Grandparent Clause is De-Judaizing the Jewish State – Eliminate It
Uncategorized July 6, 2016
Exclusive: ZOA Accuses Ilhan Omar of Hating the U.S. ‘as Much as Israel,’ Lauds Kevin McCarthy for ‘Throwing Her Off the HFAC’
Center for Law & Justice
We work to educate the American public and Congress about legal issues in order to advance the interests of Israel and the Jewish people.
We assist American victims of terrorism in vindicating their rights under the law, and seek to hold terrorists and sponsors of terrorism accountable for their actions.
We fight anti-Semitism and anti-Israel bias in the media and on college campuses.
We strive to enforce existing law and also to create new law in order to safeguard the rights of the Jewish people in the United States and Israel.
Our Mission
ZOA STATEMENT
The ZOA speaks out for Israel – in reports, newsletters, and other publications. In speeches in synagogues, churches, and community events, in high schools and colleges from coast to coast. In e-mail action alerts. In op-eds and letters to the editor. In radio and television appearances by ZOA leaders. Always on the front lines of pro-Israel activism, ZOA has made its mark.
Connect with us
Sign up for our Newsletter