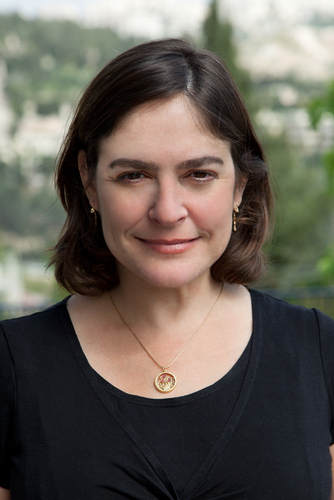 Later this month the Republicans and Democrats will hold their respective conventions. Donald Trump and Hillary Clinton will officially become the presidential nominees. Ahead of the conventions, both parties selected delegates to draft their platforms. The Democratic platform committee convened late last month. As soon as the delegates to the Democratic platform committee were named, it was clear that the party’s support for Israel would come under assault.

After Clinton clinched the Democratic nomination with her primary victories, she decided to allow her defeated opponent, socialist senator Bernie Sanders, to appoint a third of the committee’s membership. Three of Sanders’s representatives are outspoken opponents of the US alliance with Israel. Rep. Keith Ellison, Prof. Cornell West and James Zogby have all distinguished themselves as rabid critics of Israel and apologists for Palestinian terrorism. Although commentators downplayed the significance of their appointments, noting that Clinton’s representatives were, by and large, supportive of Israel, the fact is that Clinton was under no obligation to give Sanders’s supporters a seat at the table. That she did so shows that she wanted to showcase growing Democratic opposition to Israel and tip her hat to the growing power of anti-Israel forces in the party.

As expected, Sanders’s representatives submitted a draft platform that called for an “end to the occupation and the illegal settlements.” In the end, the committee reached a compromise. While the Zogby/West/Ellison wording was rejected, the draft platform makes explicit mention of Palestinian grievances for the first time calling for the establishment of a Palestinian state that will ensure “the independence, sovereignty and dignity” of the Palestinians. Watching the drama unfold, the Republicans, reasonably, sought to play up the growing disparity between the GOP’s support for Israel and the Democrats’ growing hostility. After Ellison, West and Zogby were appointed – again, with Clinton’s consent – the Republican Party released an ad attacking the Democrats for abandoning their traditional support for the Jewish state.

AIPAC has not only gone along with the administration’s hostile positions against Israel, AIPAC has lobbied Republicans to support the Palestinians.

The desire of Jewish leaders to sweep the growing partisan distinctions under the rug is understandable. They fear that noting the disparity will anger the anti-Israel forces in the Democratic Party, who are led by the president. Such an event, they fear, will further diminish their capacity to influence Obama’s policy on Israel. Moreover, it could endanger their support among American Jews. Since most American Jews are Democrats – and indeed, most American Jewish leaders are Democrats – there is little appetite for a fight with the Democratic Party.

Admitting that Republican support for Israel is far stronger than Democratic support would require them to act. Either they will have to switch parties, or they will have to wage an ugly fight with the increasingly powerful – and White House-backed – anti-Israel voices in the party. Not only would such a fight risk losing the party, it would risk losing the Jews who, if forced to choose between their Jewish and liberal sympathies, would, without hesitation, opt to remain in the liberal camp.

The desire to pretend away the problem was on full display late last month. Following the Democrats’ platform meeting, the Anti-Defamation League released a statement calling for the Republicans to effectively replicate the Democrats’ Israel section in the GOP’s platform. ADL’s national chairman Marvin Nathan said, “The platform committee rightfully affirmed the Democrats’ and America’s longstanding commitment to Israel’s security and to Israel’s fundamental rights and enshrined key principles of its quest for peace with the Palestinians through a directly negotiated two-state solution.”

The ADL called on the GOP to approve “similarly strong and unifying language” in its platform “so that both platforms reflect America’s strong bipartisan support for Israel.”

J Street was a central force in the Democratic committee’s deliberation. The far-left Jewish group, which claims to be pro-Israel and pro-peace but has not supported any pro-Israel initiative since it was founded in 2008, supported all the members of Congress who were delegates on the committee.The rise of J Street as a major force among Democrats is emblematic of the Obama administration’s hostility to Israel and its Jewish American supporters.

The main casualty of J Street’s rise has been AIPAC. J Street was founded to challenge AIPAC’s claim to represent the Jewish community as a whole by claiming that it doesn’t speak for Jews on the Left. In so has served as a means for enabling Democrats from far-left districts to effectively abandon Israel while using J Street to hide the fact that they have done so. In this way, J Street’s very presence on the political scene has diminished AIPAC’s influence over the party.

J Street supports all manner of anti-Israel measures in the interests of “peace” with the Palestinians. Indeed, it supported the Sanders delegates’ platform proposal. And throughout Obama’s long courtship of Iran at Israel’s expense, J Street has been an ardent opponent of anti-Iran sanctions and an advocate for whatever deal Obama came up with.

Obama’s use of J Street is just one of the ways has worked to emasculate AIPAC. He has also deliberately hung AIPAC out to dry, repeatedly, in order to humiliate it and weaken its influence over lawmakers. The most glaring example of that practice was Obama’s insistence that AIPAC lobby Congress in favor of his plan to bomb regime targets in Syria in 2013. Israel had no particular stake in the issue, so AIPAC had no particular reason to get involved. Moreover, Obama’s plan was unpopular among Democrats and Republicans alike. Democrats opposed his proposed missile strikes because they oppose all US involvement in Middle Eastern wars.

Republicans opposed it, because his plan made no strategic sense. And yet, in the hopes of winning sympathy, and through it, perhaps, influence over its Israel policies, AIPAC dutifully sent its lobbyists to the Hill to push Obama’s plan.

In the end, of course, AIPAC was humiliated, when at the last moment, Obama decided to scrap the strikes. Then of course, there was Obama’s extraordinary assault of AIPAC over its opposition to his nuclear appeasement of Iran. Throughout the years leading up to his nuclear capitulation to the mullahs last summer, Republicans and pro-Israel Democrats worked together to pass Iran sanctions laws. To appease the administration, AIPAC went out of its way to water down the bills. But the administration was unimpressed.

Indeed, not only has it gone along with the administration’s hostile positions against Israel on the Palestinian issue, it works out that AIPAC has lobbied Republicans to support the Palestinians. Last week, Republican activists sent me a video recording of the 2012 Republican platform committee’s deliberations regarding the party’s position on Israel.

In 2008, the Republican platform included an unequivocal endorsement of unified Jerusalem as Israel’s capital. In its words, “We support Jerusalem as the undivided capital of Israel and moving the American embassy to that undivided capital of Israel.” In the video recordings, Sue Lynch, a delegate from Wisconsin, is seen introducing an amendment calling for the GOP to strike mention of “unified Jerusalem” from its platform. According to the activists, Lynch was acting as a surrogate for AIPAC in submitting the amendment.

And in the event, the 2012 Republican platform sufficed with a mention of Jerusalem as Israel’s capital. Later in the same recording, a committee member submitted an amendment that would have deleted all mention of a Palestinian state from the platform. She argued that there was no reason for the US to take a position on the matter, since it has to be determined by Israel. From the response the amendment received, it was difficult to discern any controversy over the effort. That is, until Brad Gordon, AIPAC director of policy and government relations, took the floor. Gordon repeatedly argued that by not committing the GOP to supporting a Palestinian state, the Republicans risked harming Israel.

“We do not want to do anything that would embarrass the Israeli government,” he said. And since Obama coerced Prime Minister Benjamin Netanyahu into endorsing a Palestinian state, Gordon argued that it would be embarrass Netanyahu to leave it out of the platform. In testament to its power, AIPAC got what it wanted. The amendment deleting mention of the Palestinians was defeated. In other words, acting through a surrogate and directly, AIPAC weakened Republican support for Israel.

Next week, Republican delegates will convene to write their platform, ahead of their convention, which will begin on July 18. Donald Trump has already expressed reservations about supporting Palestinians statehood and supports moving the US Embassy to Jerusalem. Moreover, the Israeli government’s guidelines make no mention of Palestinians statehood.

As understandable as the US Jewish leadership’s attempts to hide the growing disparity between Republican and Democratic support have been, the fact is they have failed to bring any positive result. Now, as the anti-Israel voices among the Democrats have grown so powerful that Clinton has enabled them to influence the party’s position on Israel, AIPAC’s moment of decision has arrived.

Does AIPAC intend to remain a pro-Israel organization? Or will it opt to become a softer version of J Street and work to hollow out Republican support for Israel just as J Street has hollowed out Democratic support for the Jewish state? In a statement in response to this column, AIPAC spokesman Marshall Wittmann rejected the veracity of the story’s veracity.”

This column makes a completely false accusation about AIPAC’s position,” Wittmann said. “AIPAC’s position has consistently been that Jerusalem is the capital of Israel, should remain undivided and we have supported moving the US embassy there – and that remains our position. AIPAC actually worked to strengthen the 2012 Republican platform on Jerusalem. When it was noticed that Jerusalem was omitted from the original draft, we urged that language be included reflecting Jerusalem as Israel’s capital.”

This article was published by the JPost and Caroline Glick and may be found here.

We would love to hear from you! Please fill out this form and we will get in touch with you shortly.
Trending Z
Uncategorized July 8, 2016
FLASH: ISRAEL-JORDAN PEACE TREATY (1994) GUARANTEES JEWS ACCESS TO THE TEMPLE MOUNT – LET MY PEOPLE PRAY
Uncategorized July 8, 2016
ZOA Analysis: Most American Rabbis Who Are Boycotting Some Israeli Ministers Are From Extremist Left Wing Groups (J Street; T’ruah; JVP)
Uncategorized July 8, 2016
Israel’s “Right of Return” Grandparent Clause is De-Judaizing the Jewish State – Eliminate It
Uncategorized July 8, 2016
Exclusive: ZOA Accuses Ilhan Omar of Hating the U.S. ‘as Much as Israel,’ Lauds Kevin McCarthy for ‘Throwing Her Off the HFAC’
Center for Law & Justice
We work to educate the American public and Congress about legal issues in order to advance the interests of Israel and the Jewish people.
We assist American victims of terrorism in vindicating their rights under the law, and seek to hold terrorists and sponsors of terrorism accountable for their actions.
We fight anti-Semitism and anti-Israel bias in the media and on college campuses.
We strive to enforce existing law and also to create new law in order to safeguard the rights of the Jewish people in the United States and Israel.
Our Mission
ZOA STATEMENT
The ZOA speaks out for Israel – in reports, newsletters, and other publications. In speeches in synagogues, churches, and community events, in high schools and colleges from coast to coast. In e-mail action alerts. In op-eds and letters to the editor. In radio and television appearances by ZOA leaders. Always on the front lines of pro-Israel activism, ZOA has made its mark.
Connect with us
Sign up for our Newsletter