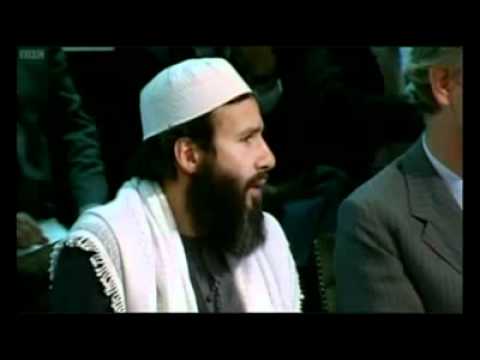 “Cat Stevens” a/k/a “Yusuf Islam” a/k/a “Yusuf” (born as Stephen Dimitri Georgiou) has an appalling record.  He has made extreme statements maligning Jews and Judaism (including calling Judaism “the most racist religion”); allegedly fund-raised for Hamas and personally brought tens of thousands of dollars to Hamas himself; was previously placed on the U.S. no-fly list; was previously deported from the U.S. and Israel; and said on live television that he would assist Ayatollah Khomeni’s fatwa calling for the death of author Salman Rushdie.   It is thus disturbing and disgraceful that prominent Los Angeles, San Francisco and Chicago theaters will be hosting Cat Stevens’/Yusuf Islam’s concerts during the next week – and that other prominent theaters (including the Kennedy Center in Washington DC and Beacon Theater in New York) did so during the past two weeks.

“Would you go to a demonstration if you knew that an effigy of Rushdie was to be burnt?,” Cat Stevens/Yusuf Islam responded: “I would have hoped it would be the real thing.”

In a startling televised exchange, available on youtube, Cat Stevens/Yusuf Islam was asked if he would give author Salman Rushdie shelter (to protect Rushdie from Ayatollah Khomeni’s fatwa ordering Muslims to murder Rushdie).  Shockingly, Cat Stevens/Yusuf Islam responded: “I’d try to phone the Ayatollah Khomani and tell him exactly where this man is.”

Still another youtube video, entitled “Cat Stevens condones death fatwa on Salman Rushdie & would kill him personally,” shows Cat Stevens/Yusuf Islam agreeing on BBC television with Ayatollah Khomeni’s fatwa that author Salmon Rushdie deserved to die.  Then, when asked “do you have a duty to be his executioner?” Cat Stevens/Yusuf Islam said that perhaps he would execute Rushdie if “we were in an Islamic state and I was ordered to, let’s say, by the judge or by the authority, to carry out such an act.”

Australian Islamist Monitor’s article, “Who Is The Real Yusuf Islam/Cat Stevens?,” documents numerous other startling statements by Mr Islam, including:

Moreover, in Questions Remain Over Cat Stevens’ Connections to Radical Muslims, New York Post (Dec. 11, 2014), journalist Andrea Peyser recounted:  “In 2004, [Cat Stevens’] flight from London to Washington, DC, was diverted to Bangor, Maine, where he was questioned by US officials, then shipped back to England after it was determined he was on the government’s “no fly’’ terrorist watch list.  A US government official said Islam was believed to have made donations that wound up supporting not only Hamas but Omar Abdel-Rahman, the blind Egyptian sheik convicted of seditious conspiracy for plotting to bomb New York City landmarks.”

Cat Stevens/Yusuf Islam was also a guest of honor at a Toronto fundraiser for a Hamas front group.  (Source)

Actions You Can Take:  For those of you who have a few minutes during this busy holiday time to make calls to complain about providing a venue to Cat Stevens/Yusuf Islam, the upcoming concert venues are:

(2) The Oriental Theater in Chicago (312 977-1700), operated by Broadway in Chicago, which is also a subsidiary of the Nederlander Organization (see above) – concert on Friday Sept. 30; and

We would love to hear from you! Please fill out this form and we will get in touch with you shortly.
Trending Z
News September 29, 2016
ZOA Deplores that Pres. Trump Dined with Jew-Haters Kanye West & Nick Fuentes, and Demands he Condemn Them
Uncategorized September 29, 2016
ZOA Honors Trump With Rarely Given Herzl Award for His Great Pro-Israel Work – Joins Ranks of Balfour, Truman, Begin, Meir, Ben-Gurion
News September 29, 2016
ZOA Responds to Questions About Pres. Trump, Kanye West, Fuentes, etc. Issue
Uncategorized September 29, 2016
Zionist Organization of America Honors Donald Trump for Support for Israel, Jewish Community
Center for Law & Justice
We work to educate the American public and Congress about legal issues in order to advance the interests of Israel and the Jewish people.
We assist American victims of terrorism in vindicating their rights under the law, and seek to hold terrorists and sponsors of terrorism accountable for their actions.
We fight anti-Semitism and anti-Israel bias in the media and on college campuses.
We strive to enforce existing law and also to create new law in order to safeguard the rights of the Jewish people in the United States and Israel.
Our Mission
ZOA STATEMENT
The ZOA speaks out for Israel – in reports, newsletters, and other publications. In speeches in synagogues, churches, and community events, in high schools and colleges from coast to coast. In e-mail action alerts. In op-eds and letters to the editor. In radio and television appearances by ZOA leaders. Always on the front lines of pro-Israel activism, ZOA has made its mark.
Connect with us
Sign up for our Newsletter