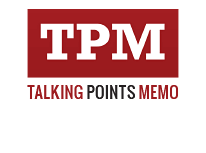 “I have been shocked and saddened to see the recent personal attacks on Steve,” RJC board member Bernie Marcus said in a Tuesday statement to Time. “Nothing could be further from the truth.”

President-elect Donald Trump drew criticism on Monday by granting Bannon a senior role in his administration despite Breitbart’s prominent role in promoting the anti-Semitic alt-right. The Anti-Defamation League said that “he & his alt right are so hostile to core American values,” while the Southern Poverty Law Center pointed outthat Bannon’s appointment was met with cheers from white supremacist websites.

With the exception of the ADL and Religious Action Center of Reform Judaism, however, many major Jewish organizations have declined to comment on Bannon. The American Jewish Committee and American Israel Public Affairs Committee both told the Washington Post that Trump had the right to make his own staff picks.

“I have been shocked and saddened to see the recent personal attacks on Steve,” RJC board member Bernie Marcus said in a Tuesday statement to Time. “Nothing could be further from the truth.”

The Zionist Organization of America and RJC went much further with their expressions of support. ZOA President Morton Klein said that a review of Breitbart’s articles “confirms Mr. Bannon’s and Breitbart’s friendship and fair-mindedness towards Israel and the Jewish people.”

The RJC’s Marcus also praised Bannon as a “passionate Zionist and supporter of Israel” who was being attacked by critics attempting to “undermine the incoming Trump administration.”

Upon joining the campaign in August, Bannon pushed Trump to embrace a message about a nebulous cabal of global elites working to personally enrich themselves. After the ADL condemned the campaign’s reliance on traditional anti-Semitic tropes, the RJC accused the nonprofit group of putting “their thumb on the scale” against Trump.

RJC executive director Matt Brooks hinted that the tax-exempt organization put itself in a “compromising position” for speaking out about the President-elect’s campaign.

This article was published by Talking Points Memo and may be found here.

We would love to hear from you! Please fill out this form and we will get in touch with you shortly.
Trending Z
Uncategorized November 16, 2016
ZOA Analysis: Most American Rabbis Who Are Boycotting Some Israeli Ministers Are From Extremist Left Wing Groups (J Street; T’ruah; JVP)
Uncategorized November 16, 2016
ZOA: Israel’s Reasonable Judicial Reform Proposals Are Good for Democracy, the Rule of Law and the Economy
Uncategorized November 16, 2016
Israel’s “Right of Return” Grandparent Clause is De-Judaizing the Jewish State – Eliminate It
News November 16, 2016
ZOA is Disappointed, Offended and Frightened by 211 U.S. House Votes Supporting Jew-Hating, Israel-Hating Rep. Ilhan Omar
Center for Law & Justice
We work to educate the American public and Congress about legal issues in order to advance the interests of Israel and the Jewish people.
We assist American victims of terrorism in vindicating their rights under the law, and seek to hold terrorists and sponsors of terrorism accountable for their actions.
We fight anti-Semitism and anti-Israel bias in the media and on college campuses.
We strive to enforce existing law and also to create new law in order to safeguard the rights of the Jewish people in the United States and Israel.
Our Mission
ZOA STATEMENT
The ZOA speaks out for Israel – in reports, newsletters, and other publications. In speeches in synagogues, churches, and community events, in high schools and colleges from coast to coast. In e-mail action alerts. In op-eds and letters to the editor. In radio and television appearances by ZOA leaders. Always on the front lines of pro-Israel activism, ZOA has made its mark.
Related Articles
OP-ED BY: Sam Sokol ZOA’s Daube Reflects on the True Goal of BDS, The Destruction of Israel

OP-ED BY: Brian Albert ZOA Campus Staffer Article in Pittsburgh Paper About Shocking Anti-Semitism at U. of Pitt

The University of Pittsburgh chapter of Students for Justice in Palestine plans to host an event on Holocaust Remembrance Day, which falls this year on Thursday. The purpose of this event is not to commemorate the Holocaust but rather to vandalize the day by painting Israelis as modern-day Nazis. This perverse ahistorical comparison fits squarely […]