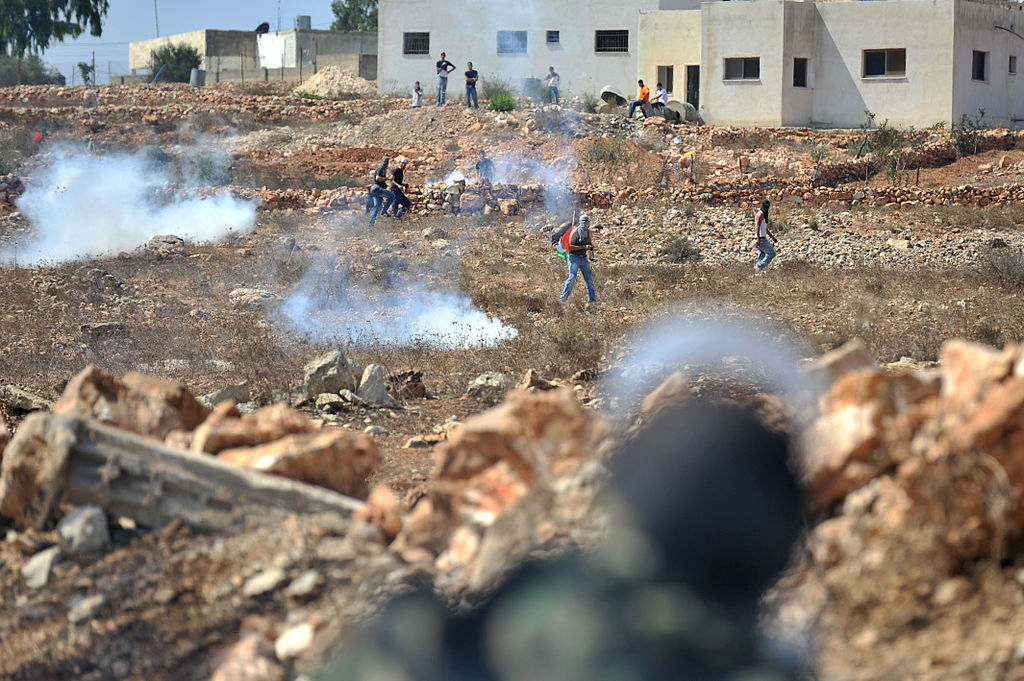 “Two-state solution” is a misnomer and euphemism for creating a Hamas-Iran-Fatah-Palestinian-Arab state on Jewish land that would endanger Israel’s existence, by, among other things, subjecting all of Israel, including its airport and major cities, to constant rocket attack.  A Palestinian-Arab state in Judea/Samaria would be another Gaza-type terrorist enclave and missile-launching pad.

ZOA thus strongly urges the Senate to revise S. Rep. 6 prior to a vote. The U.S. should not be in the business of promoting such a “solution” on the sovereign state of Israel.

A Palestinian-Arab state is certain to be run by Hamas, Iran and other terrorist groups.  There is no prospect that a Palestinian-Arab state would be demilitarized, democratic or peaceful in the foreseeable future.  Arab polls show that if an election were held in the PA today, terrorist group Hamas would win.  (“Poll: Hamas will win the Palestinian Elections,” Israel Nat’l News, Aug. 28, 2016.)    Hamas and other designated foreign terrorist organizations, including the Popular Front for the Liberation of Palestine (PFLP) are currently part of the Palestinian Authority government.  The PA pays terrorists to murder Jews, sentences Arabs to death for selling land to Jews, and promotes terrorism against Jews in schools, sports teams named after terrorists, and state-owned media and mosque sermons encouraging knife and other attacks on innocent Israeli civilians.

The “two-state” language in pending S. Rep. 6 contravenes the unanimously adopted pro-Israel 2016 Republican platform – which elicited cheers from the entire room when it was passed, and the beliefs of the American people who elected President-elect Trump and the current Congress.

The 2016 Republican platform specifically eliminates any mention of a two-state solution, and instead declares: “We recognize Jerusalem as the eternal and indivisible capital of the Jewish state . . . We reject the false notion that Israel is an occupier . . . We oppose any measures intended to impose an agreement or to dictate borders or other terms.”  In other words, the GOP platform opposes imposing the so-called “2-state solution.”

Moreover, the 1993 and 1994 Oslo accords (that the U.S. partially facilitated) did not call for the establishment of a Palestinian-Arab state.  The Israeli Prime Minister at the time, Yitzhak Rabin stated in his 1995 speech to the Knesset regarding ratifying the Oslo accords that what was contemplated was a Palestinian “entity which is less than a state.”

Res. 6 also mistakenly portrays facilitating the so-called “two-state solution” as longstanding U.S. policy.  In fact, a “two-state solution” was only promoted by the U.S. for a short period of time – approximately a dozen years, and is no longer the policy of the majority party in Congress or the incoming administration.   Only 3 Republican platforms (2004, 2008 and 2012) supported a conditional “vision” of a Palestinian-Arab state – under conditions that the Palestinian Arabs have utterly failed to meet.  The prior Republican platforms (and current 2016 platform described above) adamantly refused to impose any solution.  For instance, the 2000 GOP platform stated: “We will not impose our view or an artificial timetable.”

Promoting a Palestinian-Arab state as U.S. policy also creates a rift between the U.S. and Israel.  The overwhelming majority of Israeli cabinet members and the Israeli public oppose a Palestinian-Arab state. Israel’s ruling party, Likud, states that “any evacuated territory would fall into the hands of Islamic extremist and terror organisations supported by Iran.”  (See “The Two-State Solution is Dead; Just Ask Israel’s Own Ministers,” Al Jazeera, May 27, 2015; also see statements of Israeli officials “In Their Own Words.”)  The respected Jerusalem Center for Public Affairs poll (Oct. 2014) found that 75% of Israeli Jews oppose the creation of a Palestinian state (versus only 18% in favor; thus, more than 4 to 1 oppose a Palestinian state).  Israeli opposition to a Palestinian-Arab terrorist state is likely even stronger today, in light of the recent wave of terror in which Palestinian-Arab terrorists incited (and paid) by the PA/PLO leadership murdered 42 innocent Israelis (including American-Israelis) and wounded over 500 innocent Israelis.

An alternative pending Senate Resolution 5, entitled “A Resolution Expressing the Sense of the Senate in Support of Israel,” introduced by Senator Jerry Moran (R-Kansas) rejects UNSC Resolution 2334 and other efforts to delegitimize Israel – without mentioning or seeking to impose a “two-state solution.”    Pending S. Res. 5 demonstrates that the dangerous, counterproductive “two-state solution” language in Rep. 6 is totally unnecessary.

ZOA thus strongly urges the Senate to revise S. Rep. 6 prior to a vote.  The U.S. should not be in the business of promoting such a “solution” on the sovereign state of Israel.

“Whereas it is long-standing policy of the United States Government that a peaceful resolution to the Israeli-Palestinian conflict must come through direct, bilateral negotiations without preconditions for a sustainable two-state solution;” and

“Whereas several United States administrations have articulated principles as a vision for achieving a two-state solution, including addressing borders, mutual recognition, refugees, Jerusalem, and ending all outstanding claims;”

“Resolved, That the Senate—. . . (2) calls for United Nations Security Council Resolution 2334 to be repealed or fundamentally altered so that it is no longer one-sided and allows all final status issues toward a two-state solution to be resolved through direct bilateral negotiations between the parties; . . . (8) reaffirms that it is the policy of the United States to continue to seek a sustainable, just, and secure two-state solution to resolve the conflict between the Israelis and the Palestinians.”

We would love to hear from you! Please fill out this form and we will get in touch with you shortly.
Trending Z
Uncategorized January 10, 2017
ZOA Analysis: Most American Rabbis Who Are Boycotting Some Israeli Ministers Are From Extremist Left Wing Groups (J Street; T’ruah; JVP)
Uncategorized January 10, 2017
ZOA: Israel’s Reasonable Judicial Reform Proposals Are Good for Democracy, the Rule of Law and the Economy
News January 10, 2017
ZOA is Disappointed, Offended and Frightened by 211 U.S. House Votes Supporting Jew-Hating, Israel-Hating Rep. Ilhan Omar
Uncategorized January 10, 2017
Israel’s “Right of Return” Grandparent Clause is De-Judaizing the Jewish State – Eliminate It
Center for Law & Justice
We work to educate the American public and Congress about legal issues in order to advance the interests of Israel and the Jewish people.
We assist American victims of terrorism in vindicating their rights under the law, and seek to hold terrorists and sponsors of terrorism accountable for their actions.
We fight anti-Semitism and anti-Israel bias in the media and on college campuses.
We strive to enforce existing law and also to create new law in order to safeguard the rights of the Jewish people in the United States and Israel.
Our Mission
ZOA STATEMENT
The ZOA speaks out for Israel – in reports, newsletters, and other publications. In speeches in synagogues, churches, and community events, in high schools and colleges from coast to coast. In e-mail action alerts. In op-eds and letters to the editor. In radio and television appearances by ZOA leaders. Always on the front lines of pro-Israel activism, ZOA has made its mark.
Related Articles
OP-ED ZOA Mourns Passing of Ariel Founder & Visionary, Ron Nachman