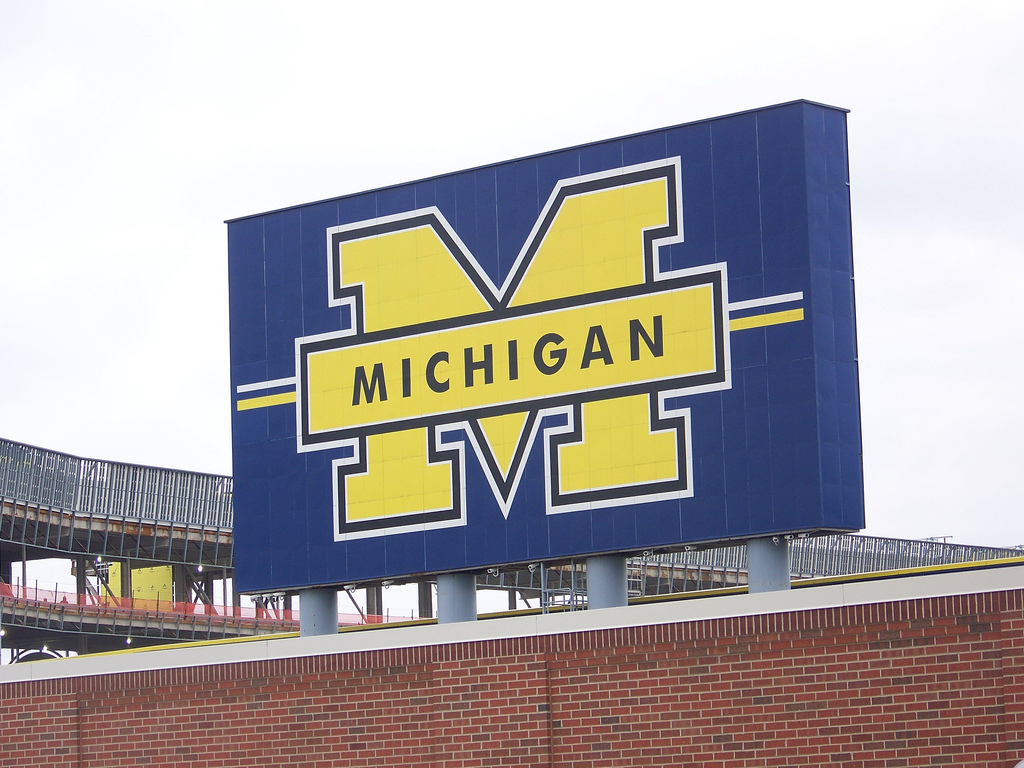 ANN ARBOR, MI – Several community members urged the University of Michigan Board of Regents and administrators to voice their support for the Jewish student population following anti-Semitic emails sent to students last week.

The calls for the university to support Jewish students who were targeted by anti-Semitic emails came with the belief from some who participated in public comment that a double standard has been applied by speaking out for other marginalized student groups following incidents of hate.

“I urge the university to find its voice and finally make it clear that there will be no more double standard,” said Eugene Greenstein, who spoke on behalf of the Zionist Organization of America, Michigan Region. “Jewish students’ concerns matter, just like everyone else’s. That means truly living up to the university’s commitment to create a climate of inclusion by clearly and forcefully speaking out when Jewish students are targeted ostracized and made to feel less than fully welcome.”

UM President Mark Schlissel was quick to defend the university’s response to the latest incident of racist and anti-Semitic emails reiterating that he has denounced the act and that bigotry on the basis of race, ethnicity and religion are not tolerated.

Schlissel also expressed his admiration for the Jewish student population at UM during the public comment session.

“Anti-Semitism is not tolerated here or elsewhere and should not ever be,” Schlissel said. “I’m very proud of the fact that the University of Michigan has a thriving Jewish community, the most impressive Hillel, a thriving Chabad house, faculty, staff and at least two presidents of the institution that are Jewish, including myself.

“The rights of our Jewish students are as valuable as the rights of any other majority or minority member on the campus and I’m very proud of that community,” he added.

Late Tuesday, Feb. 7, emails attacking black and Jewish students were sent to College of Engineering students by a person or persons who forged the email address of J. Alex Halderman, a professor of computer science and engineering. He said he did not send the emails and the university has determined the emails were forged or “spoofed.”

The UM Division of Public Safety & Security and the ITS security team continue to investigate the incident with the help of the FBI.

Sheldon Freilich, who spoke during public comment, said he was appalled to see what he described as an ugly climate of anti-Semitism on the UM campus over the last few years, with Jewish students experiencing harassment and name calling.

“Jewish students have been harassed and intimidated on campus, violating federal civil rights law by creating a hostile environment for this religious and ethnic minority,” said Freilich, the president of the Zionist Organization of America, Michigan Region. “As a citizen, I expect that college officials take the harassment of Jewish students seriously, and in the same forceful way as they respond when African-American, women, Muslim, gay and other students are targeted.”

Members of the Board of Regents echoed the sentiments of Schlissel in voicing their support for Jewish students at UM, including Regent Andrea Fischer Newman.

“I want to agree with the president’s remarks, and I think that abuse of any student – Muslim, Jewish or otherwise – is not acceptable on this campus,” she said. “Until recently, I didn’t appreciate the fact that some felt there was a double standard for Jewish students and I wanted to thank those students and others who have reached out to let me know how they feel.”

Michigan Hillel Chair Josh Blum said the Jewish student group has banded together with other groups like the Black Student Union and the Michigan Refugee Assistance Program to build positive relationships at a time when acts of hate have created a tumultuous climate on campus.

“We feel it is important for our communities to show support for one another and come together,” he said. “Just last week, several Hillel student leaders worked in partnership with the Michigan Refugee Assistance Program to show support for refugees. We are committed to finding more ways to bring groups and students together for positive change on this campus.”

This article was published by MLive and may be found here.

We would love to hear from you! Please fill out this form and we will get in touch with you shortly.
Trending Z
Uncategorized February 21, 2017
FLASH: ISRAEL-JORDAN PEACE TREATY (1994) GUARANTEES JEWS ACCESS TO THE TEMPLE MOUNT – LET MY PEOPLE PRAY
Uncategorized February 21, 2017
ZOA Analysis: Most American Rabbis Who Are Boycotting Some Israeli Ministers Are From Extremist Left Wing Groups (J Street; T’ruah; JVP)
Uncategorized February 21, 2017
Israel’s “Right of Return” Grandparent Clause is De-Judaizing the Jewish State – Eliminate It
Uncategorized February 21, 2017
Exclusive: ZOA Accuses Ilhan Omar of Hating the U.S. ‘as Much as Israel,’ Lauds Kevin McCarthy for ‘Throwing Her Off the HFAC’
Center for Law & Justice
We work to educate the American public and Congress about legal issues in order to advance the interests of Israel and the Jewish people.
We assist American victims of terrorism in vindicating their rights under the law, and seek to hold terrorists and sponsors of terrorism accountable for their actions.
We fight anti-Semitism and anti-Israel bias in the media and on college campuses.
We strive to enforce existing law and also to create new law in order to safeguard the rights of the Jewish people in the United States and Israel.
Our Mission
ZOA STATEMENT
The ZOA speaks out for Israel – in reports, newsletters, and other publications. In speeches in synagogues, churches, and community events, in high schools and colleges from coast to coast. In e-mail action alerts. In op-eds and letters to the editor. In radio and television appearances by ZOA leaders. Always on the front lines of pro-Israel activism, ZOA has made its mark.
Connect with us
Sign up for our Newsletter