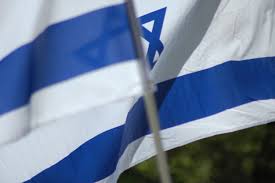 The ZOA is appalled by, and continues to condemn the threats against U.S. and Canadian Jewish Centers and day schools, and the recent ugly vandalism of Jewish cemeteries in St. Louis and Philadelphia.  ZOA President Morton Klein visited the Mt. Carmel cemetery in Philadelphia yesterday, and talked to law enforcement officials involved in the Philadelphia investigation.  ZOA thanks the law enforcement investigators for taking these matters seriously and working hard to locate the perpetrators. On Friday, Mr. Klein is flying to St. Louis and will visit the vandalized Jewish cemetery in St. Louis and talk to officials in St. Louis.

Mr. Klein also just returned from Israel, where ZOA’s Israel office, led by Jeff Daube, has been leading efforts to stop Palestinian-Arabs’ continuing anti Semitic vandalism and destruction of tombstones in the 3,000-year-old Mount of Olives Jewish cemetery in Jerusalem (the world’s oldest and one of the largest Jewish cemeteries).  It is painful and horrifying that the same sort of horrific vandalism has now spread to America.

ZOA urges the new Justice Department to expand the promised investigation of anti-Semitism on college campuses to the anti-Semitic attacks and threats on community centers, day schools and cemeteries.

ZOA thanks President Trump for beginning his major speech before both Houses of Congress by stating,” We condemn hate and evil in all of its ugly forms including recent threats targeting Jewish Community Centers and vandalism of Jewish cemeteries.” He also “reaffirmed our unbreakable alliance with Israel.” ZOA thanks Attorney General Jeff Sessions for condemning the anti-Semitic attacks and threats as “very serious” and his promise that the Justice Department will “do what it can to assist in prosecuting anybody” proven to have participated. (“Sessions Condemns Threats at Jewish Institutions,” AP, ABC News, Feb. 27, 2017; and “Sessions: Bomb threats against Jews ‘very serious’; U.S. Attorney General Jeff Sessions condemns recent bomb threats against Jewish groups,” by Elad Benari, Israel Nat’l News, Feb. 28, 2017.)  It is critical to determine who is responsible for these seemingly coordinated attacks and threats.   We understand that there is some indication that the calls may be coming from overseas, but we will not prejudge the investigation’s outcome.  ZOA very much supports the Justice Department’s involvement, and urges that its involvement in this urgent matter be expanded to the fullest extent possible.

Last fall, the Trump campaign issued a policy statement that the Trump administration will “ask the Justice Department to investigate coordinated attempts to intimidate Israel-supporters on U.S. campuses.”  (“Trump Campaign Unveils New Policy: Will Ask Justice Department to Probe Anti-Israel Intimidation on US College Campuses,” by Barney Breen-Portnoy, Algemeiner, Nov. 1, 2017.)  Campus anti-Semitic acts perpetrated by radical Islamists, such as demonstrations during which “Students for Justice in Palestine” scream “Death to the Jews,” and “Zionists out of CUNY,” have been a major concern that ZOA has been a leader in dealing with for years, without the assistance that was really needed from the prior administration’s Justice Department.  ZOA urges the new Justice Department to expand the promised investigation of anti-Semitism on college campuses to the anti-Semitic attacks and threats on community centers, day schools and cemeteries.

We would love to hear from you! Please fill out this form and we will get in touch with you shortly.
Trending Z
News February 28, 2017
ZOA Condemns U.S. State Dept. & U.S. Amb. Nides For Siding with Antisemitic, Discriminatory Palestinian & Hamas Terrorists re: the Temple Mount, Violating Jews’ Religious Freedom
News February 28, 2017
ZOA’s Klein JPost Op-Ed: There is Nothing Extreme About Israel’s New Government
Uncategorized February 28, 2017
FLASH: ISRAEL-JORDAN PEACE TREATY (1994) GUARANTEES JEWS ACCESS TO THE TEMPLE MOUNT – LET MY PEOPLE PRAY
Uncategorized February 28, 2017
ZOA Analysis: Most American Rabbis Who Are Boycotting Some Israeli Ministers Are From Extremist Left Wing Groups (J Street; T’ruah; JVP)
Center for Law & Justice
We work to educate the American public and Congress about legal issues in order to advance the interests of Israel and the Jewish people.
We assist American victims of terrorism in vindicating their rights under the law, and seek to hold terrorists and sponsors of terrorism accountable for their actions.
We fight anti-Semitism and anti-Israel bias in the media and on college campuses.
We strive to enforce existing law and also to create new law in order to safeguard the rights of the Jewish people in the United States and Israel.
Our Mission
ZOA STATEMENT
The ZOA speaks out for Israel – in reports, newsletters, and other publications. In speeches in synagogues, churches, and community events, in high schools and colleges from coast to coast. In e-mail action alerts. In op-eds and letters to the editor. In radio and television appearances by ZOA leaders. Always on the front lines of pro-Israel activism, ZOA has made its mark.
Connect with us
Sign up for our Newsletter