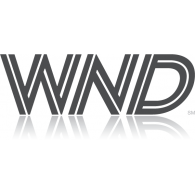 Prager: Why Do U.S. Jews Want So Many Jew Haters in America?
Uncategorized ZOA in the news

Last week, the Jerusalem Post and other news agencies reported that in a Paris suburb, two Jewish brothers wearing kippot (Jewish skullcaps) were attacked while driving their car by Middle Easterners driving another car.

According to a case report: “While the vehicle was in motion, the driver and a passenger shouted anti-Semitic slogans at the brothers that included ‘Dirty Jews, You’re going to die!’ … The vehicle forced the brothers to stop their car, and they were surrounded by several men. … The men came out of a hookah cafe on to the side street. … The alleged attackers surrounded the brothers, then kicked and punched them repeatedly while threatening that they would be murdered if they moved. One of the alleged attackers then sawed off the finger of one of the brothers.”

Attacks on Jews in France and elsewhere in Europe by Muslim immigrants from the Middle East and North Africa, or MENA, are so common that for the first time since World War II, Jews in France fear wearing a kippah or a Star of David in public. So many French Jews are leaving France that two years ago, then-Prime Minister Manuel Valls gave an impassioned speech pleading with French Jews to stay in France.

It has gotten so bad for Jews in Europe that The Atlantic, a liberal magazine, recently featured an article titled “Is It Time for the Jews to Leave Europe?”

In Sweden, attacks on Jews in Malmo, the country’s third-largest city, are so common that Jews are leaving the city and the country.

Last year, the Jerusalem Post published an article about a Jewish couple that had lived in Sweden since the middle of World War II. Dan and Karla (not their real names) are Danish Jews who were smuggled into Sweden as children. Their gratitude for Sweden has been immense.

It has gotten so bad for Jews in Europe that The Atlantic, a liberal magazine, recently featured an article titled “Is It Time for the Jews to Leave Europe?”

But they have now left their homeland, the country that saved their lives, to live in Spain. They lived in Malmo. In Dan’s words, the immense saturation of Jew hatred in the city was caused by “the adverse effects of accepting half-a-million immigrants from the Middle East, who plainly weren’t interesting in adopting Sweden’s values and Swedish culture. … The politicians, the media, the intellectuals … they all played their parts in pandering to this dangerous ideology, and, sadly, it’s changing the fabric of Swedish society irreversibly.”

The Post continued, saying, “Karla, who’d sat passively, occasionally nodding in agreement at Dan’s analysis, then interrupted, saying, ‘If you disagree with the establishment, you’re immediately called a racist or fascist.’” (Sound familiar?)

The British newspaper The Telegraph recently reported: “Jewish people in Malmo have long complained of growing harassment in the city, where 43 percent of the population have a non-Swedish background, with Iraqis, Lebanese and stateless Palestinians some of the largest groups. The Jewish community centre in the city is heavily fortified, with security doors and bollards on the outside pavement to prevent car bombs.”

An article in the left-wing Huffington Post reached a now-familiar conclusion, saying: “Migrants streaming into Europe from the Middle East are bringing with them virulent anti-Semitism which is erupting from Scandinavia to France to Germany. … While all of the incoming refugees and migrants, fleeing Syria, Iraq, Afghanistan and other Muslim lands, may not hold anti-Jewish views, an extremely large number do – simply as a result to being raised in places where anti-Jewish vitriol is poured out in TV, newspapers, schools and mosques. … ‘There is no future for Jews in Europe’ said the chief rabbi of Brussels.”

Yet, despite all this Muslim-immigrant Jew hatred, more than a thousand rabbis have signed a petition to bring large numbers of MENA Muslims into America, and virtually all Jewish organizations outside of orthodoxy and the Zionist Organization of America have condemned President Trump’s administration for enacting even a temporary travel ban (one due entirely to security concerns) on immigrants and refugees from seven (of the world’s more than 50) Muslim-majority countries.

How is one to explain the widespread American Jewish support for bringing in a massive number of people, many of whom will bring in anti-Jew, anti-Israel and anti-West values?

First, they are staggeringly naive believing, for example, that marching at airports with signs that read “We love Muslims” will change those Muslims who hate Jews into Muslims who love Jews.

Second, never underestimate the power of feeling good about yourself that exists on the left (the self-esteem movement originated on the left). And it feels very good for these Jews to say: “Look, world. You abandoned us in the 1930s, but we’re better than you.”

Just ask the Jews of Europe.

This article was published by WND and may be found here.

We would love to hear from you! Please fill out this form and we will get in touch with you shortly.
Trending Z
News March 7, 2017
Fox News Joins ZOA in Exposing ADL’s Dangerous, Extremist “Educational” Programs & Joins JNS Editor Tobin in Urging Firing ADL CEO Jonathan Greenblatt
Uncategorized March 7, 2017
U.S. Amb. to Israel Thomas Nides Endangers Israel’s Security & Interferes with Israeli Sovereignty, Violating International Law
Uncategorized March 7, 2017
JNS Op-Ed: ZOA Calls to Fire ADL Head After ‘Extremist Educational Programs’ Revealed
ZOA in the news March 7, 2017
ZOA Slams Extreme Anti-Israel Berkeley Law School Bylaw | Israel National News – Arutz Sheva
Center for Law & Justice
We work to educate the American public and Congress about legal issues in order to advance the interests of Israel and the Jewish people.
We assist American victims of terrorism in vindicating their rights under the law, and seek to hold terrorists and sponsors of terrorism accountable for their actions.
We fight anti-Semitism and anti-Israel bias in the media and on college campuses.
We strive to enforce existing law and also to create new law in order to safeguard the rights of the Jewish people in the United States and Israel.
Our Mission
ZOA STATEMENT
The ZOA speaks out for Israel – in reports, newsletters, and other publications. In speeches in synagogues, churches, and community events, in high schools and colleges from coast to coast. In e-mail action alerts. In op-eds and letters to the editor. In radio and television appearances by ZOA leaders. Always on the front lines of pro-Israel activism, ZOA has made its mark.
Related Articles
OP-ED BY: Nathan Guttman Forward Article Quotes ZOA’s Mort Klein Remarks at D.C. Pro-Israel Rally