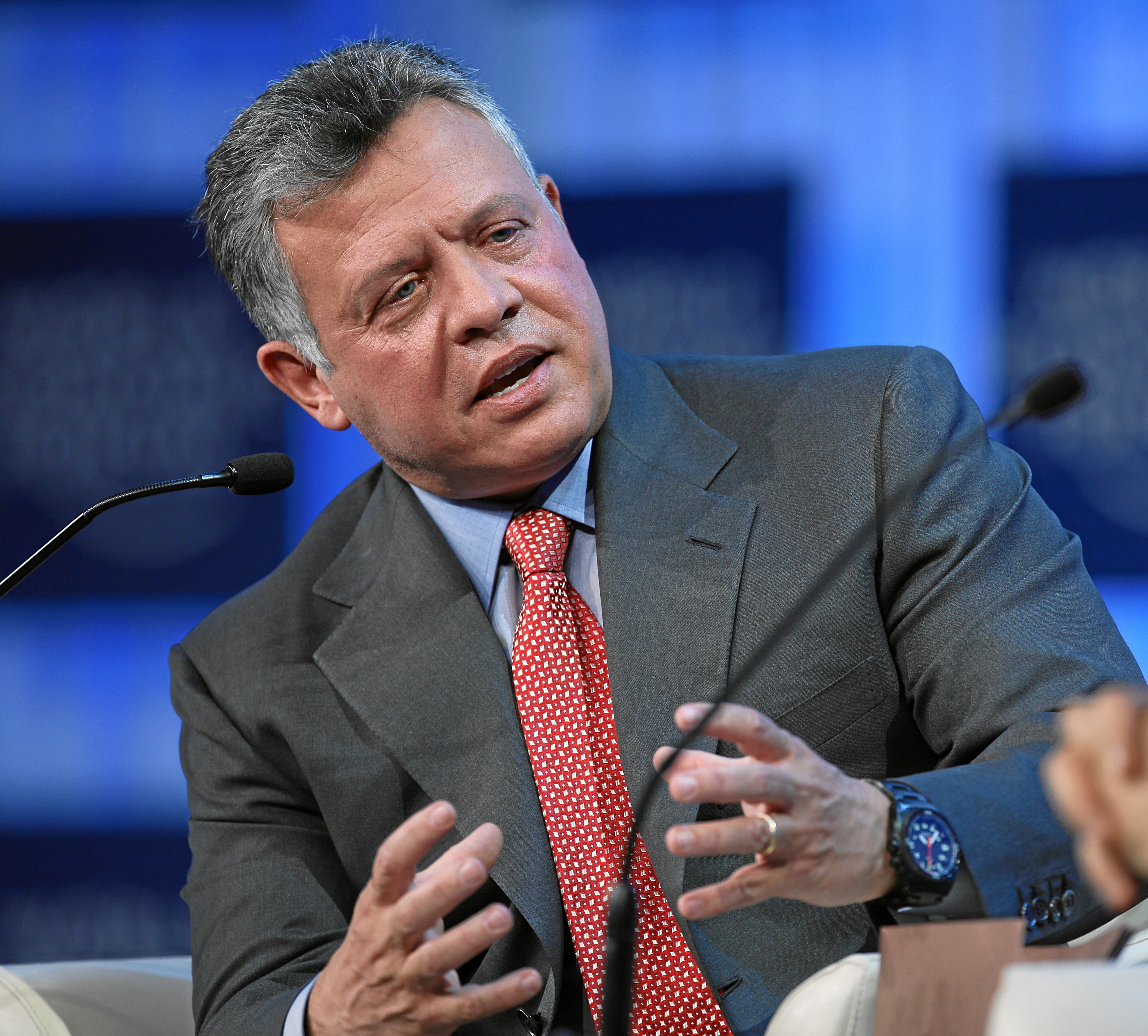 The Zionist Organization of America (ZOA) has criticized Jordanian King Abdullah for his assertion that the Israeli/Palestinian Arab impasse is the core problem of the Middle East and advised President Trump to ignore this oft-repeated cliché about the conflict which is designed to blame Israel for the region’s problems.

In a press conference with President Donald Trump during his visit to Washington, King Abdullah praised President Trump’s interest in securing a peace deal, saying, “The President understands that if we don’t solve this problem, how are we going to win the global fight against terrorism, which is his number-one priority? So this is a core issue that he understands, and I think he has the commitment and he has my full support for this, as he does from many, many countries in our region” (‘Remarks by President Trump and His Majesty King Abdullah II of Jordan in Joint Press Conference,’ April 5, 2017).

King Abdullah has repeatedly made such assertions over the years, as have many international figures.

“The key to regional stability and ending Middle Eastern turbulence is not the Israeli/Palestinian situation, even if that could be presently achieved, which the ZOA has repeatedly demonstrated cannot, at least for now.

The Iranian regime would not revise its intention for wiping Israel from the map, just because Israel would now be sharing it with a neighboring country called ‘Palestine.’

“The Palestinian issue had no bearing on the Algerian war in the 1950s.

“It had no bearing on Egypt’s invasion of Yemen or the bloody emergence of the Ba’athist dictatorship in Iraq in the 1960s.

“It had no bearing on the Iran-Iraq war of the 1980s, which claimed a million lives.

“It had no bearing on Iraq’s invasion and annexation of Kuwait in 1990 or upon Saddam Hussein’s subsequent massacres of hundreds of thousands of Kurds and Shia.

“It had no bearing on the Taliban seizure of most of Afghanistan.

“It had no bearing on the wars fought by jihadists groups in Somalia.

“If Israel and the Palestinian Arabs signed a peace agreement today, it would not lead the Taliban and al–Qaeda to lay down their arms.

“The Sudanese regime and the Janjaweed militia would not end their slaughter of black animists in Darfur upon news of an Israeli-Palestinian peace treaty.

“The Iranian regime would not revise its intention for wiping Israel from the map, just because Israel would now be sharing it with a neighboring country called ‘Palestine.’

“Radical Muslim terrorists would still be murdering Hindus in India, Buddhists in Thailand and Catholics in the Philippines.

“And they would also still be murdering fellow Muslims in Afghanistan, Iraq, Pakistan, Syria and Turkey.

“It is important that President Trump and his Administration not be misled by clichés about the alleged centrality of the Israeli/Palestinian issue to solving the problems of a region long mired in terrible ideologies and murderous movements.

“The intended result of ignoring the fact that the Israeli/Palestinian issue is not the central issue of the Middle East, or the key to solving other regional problems and asserting the opposite, is increased US pressure on Israel to bring about the elusive peace that is actually not prevented by Israel but by a Palestinian society and leadership that doesn’t accept Israel’s legitimacy and permanence as a Jewish state, supports, glorifies and rewards anti-Jewish terrorism, insists on the so-called ‘Right of Return’, and refuses to educate its public for peace and compromise.

“President Trump and his Administration should ignore King Abdullah’s self-interested shifting of the focus to the Israeli/Palestinian issue, when the real issue remains the non-acceptance of Israel in Arab society, including his own which, while formally at peace with Israel since 1994, recently celebrated the early release from prison of Ahmad Daqamseh, a Jordanian soldier who in 1997 murdered seven Israeli schoolgirls and who was hailed nationwide as a hero upon his release.”

We would love to hear from you! Please fill out this form and we will get in touch with you shortly.
Trending Z
Uncategorized April 7, 2017
ZOA Analysis: Most American Rabbis Who Are Boycotting Some Israeli Ministers Are From Extremist Left Wing Groups (J Street; T’ruah; JVP)
Uncategorized April 7, 2017
ZOA: Israel’s Reasonable Judicial Reform Proposals Are Good for Democracy, the Rule of Law and the Economy
News April 7, 2017
ZOA is Disappointed, Offended and Frightened by 211 U.S. House Votes Supporting Jew-Hating, Israel-Hating Rep. Ilhan Omar
Uncategorized April 7, 2017
Israel’s “Right of Return” Grandparent Clause is De-Judaizing the Jewish State – Eliminate It
Center for Law & Justice
We work to educate the American public and Congress about legal issues in order to advance the interests of Israel and the Jewish people.
We assist American victims of terrorism in vindicating their rights under the law, and seek to hold terrorists and sponsors of terrorism accountable for their actions.
We fight anti-Semitism and anti-Israel bias in the media and on college campuses.
We strive to enforce existing law and also to create new law in order to safeguard the rights of the Jewish people in the United States and Israel.
Our Mission
ZOA STATEMENT
The ZOA speaks out for Israel – in reports, newsletters, and other publications. In speeches in synagogues, churches, and community events, in high schools and colleges from coast to coast. In e-mail action alerts. In op-eds and letters to the editor. In radio and television appearances by ZOA leaders. Always on the front lines of pro-Israel activism, ZOA has made its mark.
Related Articles
OP-ED BY: ZOA Staff ZOA: Israel Must Discipline Israeli Arab MKs Who Support & Encourage Physically Attacking Jews