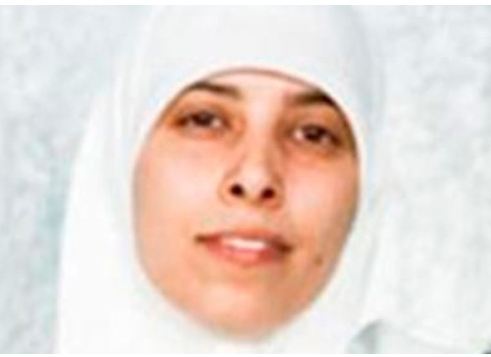 AN OPEN LETTER TO KING ABDULLAH

We are the oldest pro-Israel organization in the U.S., long dedicated to advocating for the legal rights of American victims of terrorism and for holding all sponsors and abettors of terrorism accountable for their actions.  We write to urge you to honor Jordan’s Extradition Treaty with the United States and grant our country’s request to extradite Alam Aref Ahmad Al-Tamimi from Jordan to the U.S.  Tamimi is an unrepentant terrorist who murdered and harmed close to 150 innocent people, including several Americans. She is on the FBI’s “Most Wanted Terrorists” list and should be prosecuted and punished for her crimes under U.S. law.

In 2001, Tamimi conspired with the U.S.-designated foreign terrorist organization Hamas to carry out a horrific suicide bombing at a Sbarro’s restaurant in Jerusalem.  The bomb that was used was hidden in a guitar case, surrounded by nails to inflict maximum pain and damage.  When the bomb exploded, 15 people – seven of them children – were killed and approximately 130 others were wounded. Two Americans were murdered:  15-year-old Malki Roth and Judith Hayman Greenbaum who was pregnant with her first child; her baby did not survive.  The wounded included 21-year-old David Danzig, 25-year-old Matthew P. Gordon, 2-year-old Sara Shifra Nachenberg, and Joanne (Chana) Nachenberg who has been in a vegetative state since the terrorist attack.

Tamimi has never shown any remorse for her brutal and carefully calculated crimes.  After she was released from prison by the State of Israel as part of a prisoner exchange with Hamas – having served only eight years of the 16 life sentences she had been given – Tamimi publicly stated that not only did she not regret her actions, but that she would commit them again, and in exactly the same way.  Tamimi also described how she reacted immediately after the terrorist attack:  When she learned that the number of casualties was increasing, she said that this brought a smile to her face.  Since her release, Tamimi has been living as a free woman in Jordan with her husband, celebrated and hosting a television show on Hamas-affiliated TV.

Tamimi is an unrepentant terrorist who murdered and harmed close to 150 innocent people, including several Americans.

In 2013, the U.S. government indicted Tamimi and requested that Jordan extradite her so that she could be tried for her crimes under U.S. law. The request was in accordance with an Extradition Treaty that our two governments signed in March 1995, and it was not the first extradition request the U.S. made to hold a terrorist in Jordan accountable:  The treaty was enforced in 1995, so that another terrorist could be brought here and prosecuted for his participation in the 1993 World Trade Center bombing.

If the treaty was valid in 1995, it should also be valid now.  But last month, Jordan’s highest court decided that the U.S. request to extradite Tamimi should be rejected because the Jordanian parliament had not approved the treaty, rendering it invalid.

Jordan and the U.S. are partners on many regional issues.  In support of that partnership, the U.S. has been providing Jordan with billions of dollars of foreign assistance.  Out of respect and appreciation for the partnership and for our country’s generosity – as well as the sheer morality of fighting the horror of radical Islamic terrorism affecting countries around the world – we ask for your full cooperation with U.S. efforts to hold terrorists accountable for murdering and harming innocent Americans.

You have the power and authority to circumvent the Jordanian court’s decision about the extradition treaty and to extradite Tamimi immediately.  Please exercise your power and authority so that Tamimi’s American victims and their families can finally secure the justice they deserve.

Dr. Michael Goldblatt, Chairman of the Board

We would love to hear from you! Please fill out this form and we will get in touch with you shortly.
Trending Z
News April 7, 2017
At ZOA Gala Secy Pompeo Gave the Greatest, Most Pro-Israel Speech Ever Delivered by a Public Official
News April 7, 2017
Dershowitz in Arutz 7: NYC’s Temple Emanu-El Silences a Pro-Israel Voice & Promotes an Anti-Israel Voice
Uncategorized April 7, 2017
Jewish Press: Has Deborah Lipstadt Undercut Both Herself and Future Antisemitism Envoys?
News April 7, 2017
NEW YORK POST: Democratic Leaders’ Shocking Silence Over Attacks on Israel by Fellow Dems
Our Mission
ZOA STATEMENT
The ZOA speaks out for Israel – in reports, newsletters, and other publications. In speeches in synagogues, churches, and community events, in high schools and colleges from coast to coast. In e-mail action alerts. In op-eds and letters to the editor. In radio and television appearances by ZOA leaders. Always on the front lines of pro-Israel activism, ZOA has made its mark.
Center for Law & Justice
We work to educate the American public and Congress about legal issues in order to advance the interests of Israel and the Jewish people.
We assist American victims of terrorism in vindicating their rights under the law, and seek to hold terrorists and sponsors of terrorism accountable for their actions.
We fight anti-Semitism and anti-Israel bias in the media and on college campuses.
We strive to enforce existing law and also to create new law in order to safeguard the rights of the Jewish people in the United States and Israel.
Related Articles
OP-ED BY: Morton A. Klein ZOA Applauds PM Netanyahu’s Promise To Stop Iran’s Nuclear Weapons Program, Even If It Has To Act Alone