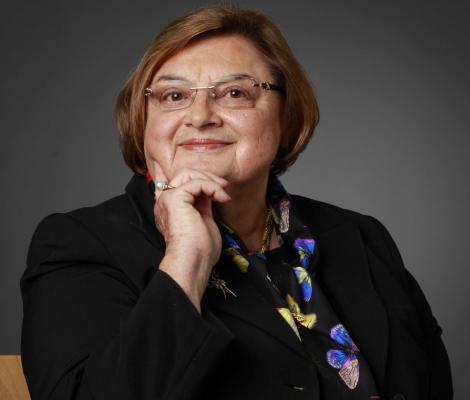 Jewish Prayer on Har Habayit: What’s the Status Quo and Should it be Changed?
Source

There is a beautiful gemara that after the destruction of the Bet Hamikdash, Rabbi Akiva and others were on Har Habayit and saw a fox running where the Kodesh Kodoshim once stood. The others started crying, Rabbi Akiva started laughing. “Why are you laughing,” they asked. He said, “now that I have seen that the prophecy that foxes will run where the Kodesh Kodoshim once stood fulfilled, I know that the prophecy about the redemption will be fulfilled as well.”

For the first time in 2,000 years, Jews have control over Har Habayit. Yet, Jews are not allowed to pray on Har Habayit. And this ban on Jewish prayer is enforced, not by some foreign power, but by Israeli police. A few months ago, I read an article about a young bride who went up on Har Hahayit on her wedding day with her father and was arrested because she moved her lips in prayer. How is that possible?

As the Six Day War was raging, Menachem Begin urged Levy Eshkol, then Prime Minister, to give the order to capture the Temple Mount. Dayan, then Defense Minister, was opposed. Finally, Begin warned Eshkol, “in another day or two the UN is going to order a cease fire and it will be too late.” “We must do it now.” Eshkol gave the order. The rest is history.

On June 7, 1967, IDF paratroopers under the command of Lt. General Mordechai (Motta) Gur, approached the Old City. He told his company commanders, “We’re sitting right now on the ridge and we’re seeing the Old City. Shortly we’re going to go into the Old City of Jerusalem, that all generations have dreamed about.”  And  then the words that reverberated  throughout the world, “The Temple Mount is in our hands!” General Motta Gur ordered the Israeli flag raised over the Temple Mount and  Rabbi Shlomo Goren, Chief Chaplain of the IDF, arrived soon thereafter and blew the shofar. When Moshe Dayan came to the Temple Mount a few hours later, he ordered the Israeli flag lowered.  He ­­­also entered into an agreement that gave administrative control over the Temple Mount to the Jordanian WAQF, an arm of the Jordanian Ministry of Sacred Properties. This agreement provided that:

That agreement is what is known as the Status Quo.

Rabbi Sha’ar Yashuv Cohen, whom I was privileged to know, told me that shortly after the Six Day War, Rabbi Goren announced that Shabbat prayers would be held on Har Habayit. Dayan called Goren and ordered him to cancel it. Goren refused. Dayan then asked him to postpone it and Goren agreed. But, when he tried to reschedule it, Dayan didn’t let him to do so. Goren wrote a long letter to Eshkol detailing the history of Har Habayit and explaining its importance to Jews and concluded, “if you don’t let us go up to pray on Har Habayit now, we will not be able to do so later and generations of Jews will never forgive you.” Eshkol did not respond. Rabbi Cohen, who was also Rabbi Goren’s brother in law, said that Goren wrote a book in which he included the letter, but I have not been able to find it. Perhaps, it has  not been translated into English.

The prohibition is contrary to both Israeli law and international law. Israeli law provides:

International law, declarations, such as the Universal Declaration on Human Rights, and treaties guarantee freedom of worship.

Article 18 of the Universal Declaration of Human Rights states:

Everyone has the right to freedom of thought, conscience and religion; this right includes freedom to change his religion or belief, and freedom, either alone or in community with others and in public or private, to manifest his religion or belief in teaching, practice, worship and observance.

The International Covenant on Civil and Political Rights provides in almost identical language,

Everyone shall have the right to freedom of thought, conscience and religion. This right shall include freedom to have or to adopt a religion or belief of his choice, and freedom, either individually or in community with others and in public or private, to manifest his religion or belief in worship, observance, practice and teaching.

Freedom to manifest one’s religion or beliefs may be subject only to such limitations as are prescribed by law and are necessary to protect public safety, order, health, or morals or the fundamental rights and freedoms of others.

It is arguable that the prohibition of Jewish prayer on Har HaBayit is necessary to protect public safety. Even suggestions that Israel might change the Status Quo have led to threats and warnings by Arab leaders and violence in which a number of people were killed. Mr. Abbas was quoted in the New York Times and Jeruslaem Post as saying:

“Al Asqa is ours, the Church of the Holy Sepulcher is ours, it is all ours. They have no right to defile them with their filthy feet, and we will not allow them.” [New York Times, Sep. 18, 2015]

“Each drop of blood that was spilled is pure blood as long as it’s for the sake of Allah. Every shahid (martyr) will be in heaven and every wounded person will be rewarded, by Allah’s will.” [The Jerusalem Post, Sep. 16, 2015]

But, such an interpretation of the law would mean that those who threaten to kill persons of another religion for exercising their freedom to worship can effectively prevent them from doing so with the assistance of the state. Surely, this vitiates the provision itself, that everyone has a right to manifest his religion in worship.

Netanyahu has repeatedly given assurances that Israel will not change the Status Quo and even issued an order prohibiting members of the Knesset from visiting Har HaBayit.

Should Israel change the Status Quo?  Is it worth the violence that would entail? Should the fact that UNESCO adopted a resolution denying all Jewish connection to the Temple Mount be a consideration?

Malvina Halberstam is a professor of law at the Benjamin N. Cardozo School of Law, Y.U. She served as Counselor on International Law  in the U.S. Department of State, Office of the Legal Adviser.

This is one of four lectures presented April 15-18, 2017,  at the Lake Las Vegas Westin in Henderson Nevada. The material may not be reproduced , in whole or in part, without the author’s written permission, but may be quoted with appropriate attribution.

We would love to hear from you! Please fill out this form and we will get in touch with you shortly.
Trending Z
Uncategorized May 23, 2017
FLASH: ISRAEL-JORDAN PEACE TREATY (1994) GUARANTEES JEWS ACCESS TO THE TEMPLE MOUNT – LET MY PEOPLE PRAY
Uncategorized May 23, 2017
ZOA Analysis: Most American Rabbis Who Are Boycotting Some Israeli Ministers Are From Extremist Left Wing Groups (J Street; T’ruah; JVP)
Uncategorized May 23, 2017
Israel’s “Right of Return” Grandparent Clause is De-Judaizing the Jewish State – Eliminate It
Uncategorized May 23, 2017
Exclusive: ZOA Accuses Ilhan Omar of Hating the U.S. ‘as Much as Israel,’ Lauds Kevin McCarthy for ‘Throwing Her Off the HFAC’
Center for Law & Justice
We work to educate the American public and Congress about legal issues in order to advance the interests of Israel and the Jewish people.
We assist American victims of terrorism in vindicating their rights under the law, and seek to hold terrorists and sponsors of terrorism accountable for their actions.
We fight anti-Semitism and anti-Israel bias in the media and on college campuses.
We strive to enforce existing law and also to create new law in order to safeguard the rights of the Jewish people in the United States and Israel.
Our Mission
ZOA STATEMENT
The ZOA speaks out for Israel – in reports, newsletters, and other publications. In speeches in synagogues, churches, and community events, in high schools and colleges from coast to coast. In e-mail action alerts. In op-eds and letters to the editor. In radio and television appearances by ZOA leaders. Always on the front lines of pro-Israel activism, ZOA has made its mark.
Connect with us
Sign up for our Newsletter