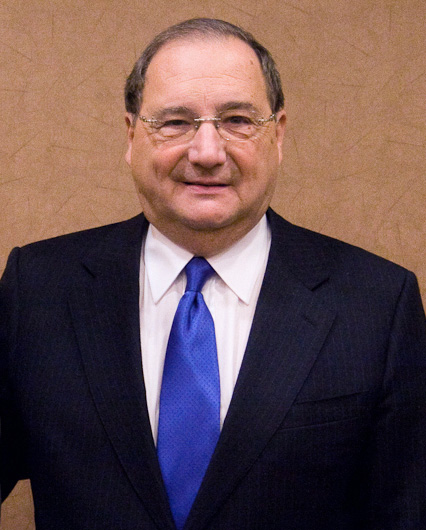 In a June 21, 2017 Algemeiner interview, former Anti-Defamation League (ADL) National Director Abe Foxman strangely asserted that the friendly Trump administration creates the “only” opportunity for Israel to take “risks for peace.” Foxman’s statement strongly implied, and left readers with the false impression that Israel has not taken extraordinary risks for peace many times before. Foxman ignored the fact that Israel has already made enormous maximal offers and concessions under previous U.S. administrations. Israel has already given away control of 100% of Gaza and 40% of Judea/Samaria, and left-wing Israeli governments even shockingly offered 97% of Judea/Samaria, parts of Jerusalem, uprooting some Jewish families and communities, and Palestinian Authority (PA) statehood. Foxman’s assertion also ignored the disastrous results of Israel’s maximal offers and concessions which led to 2,000  Jews murdered and 10,000 maimed. The Palestinian Arabs responded to Israel’s major risks for peace by subjecting Israel’s citizens to thousands of attacks – rocket bombardments, suicide bombings, and the ongoing wave of terror, including hundreds of recent deadly knife, shooting and car ramming attacks on innocent Israelis.

Foxman’s assertion ignored the disastrous results of Israel’s concessions which led to 2,000 Jews murdered and 10,000 maimed… And Foxman had proclaimed Arafat “earned” the Nobel Peace Prize.

The PA also demonstrated that it does not keep any agreement regarding Jewish access to our holy sites: After Israel turned over control to the PA of the area of Judea/Samaria containing the Jewish holy site of Joseph’s Tomb, the PA ignored the agreement to protect the site and Jewish prayer there, and let Palestinian Arab mobs demolish this holy Jewish site and murder the Jews praying there.

During his Algemeiner interview, Foxman tried to transform friendly gestures by the Trump administration and envoys Jared Kushner and Jason Greenblatt into reasons for Israel to (yet again) make dangerous concessions to the PA, which Foxman strongly implied would be for the first time. And Foxman apparently comfortably supported such dangerous concessions, ignoring past and present PA pro-terror anti-peace responses to Israel’s risky concessions.

Foxman has a long record of being wrong on many important issues facing Israel and the pro-Israel community. Foxman advocated for the Oslo and Gaza surrender disasters, and condemned Israel’s best friends – the evangelical Christian community. And Foxman again is wrong to be sanguine about any new concessions to the terrorist dictator of the PA Mahmoud Abbas.

Here’s a quick review of Foxman’s record of promoting bad policies: In 2004, Foxman led the charge to try to persuade the Conference of Presidents of Major American Jewish Organizations to endorse the Gaza pullout (while ZOA’s Mort Klein spoke out against the pullout, correctly explaining that the Gaza plan would “throw Jews out of their homes and give a terrorist regime more land”).  (“Leaders Here Debate Backing Gaza Pullout,” by Stewart Ain, NY Jewish Week, Oct. 22, 2004.)  In 2005, Foxman also wrongly urged Israel to pull out of Gaza whether or not there was a “peace partner” on the other side. (“Pullout With or Without the Palestinians,” by Abraham H. Foxman, YNet News, May 22, 2005.)  Foxman was wrong: the Gaza pullout resulted in twenty thousand rockets raining down on Israeli citizens and three wars.

Foxman advocated for the Oslo accords and for a Palestinian State from Oslo’s inception in 1993. Foxman has “consistently” continued to support the same misbegotten accords and policies for all these decades (See “The ADL & Palestine,” letter by Abraham H. Foxman, New York Review of Books, July 12, 2012) –– (Before Oslo, there wasn’t a single suicide bombing in Israel; there have been thousands of bombings, knife and vehicle ramming attacks on innocent Israelis since then).

Foxman also tried to relate the Boston Marathon bombing to neo-Nazi “extremism,” perhaps related to the anniversary of Hitler’s birthday, and failed to acknowledge the possibility that it might be the work of Islamists – who in fact were the real perpetrators. (“Why Abe Foxman Was Wrong on Islamic Attack on the Boston Marathon,” by Moshe Phillips, Algemeiner, Apr. 23, 2013.)

Foxman also opposed an important proposed effort to monitor the PA’s violations of the Oslo accords. In 1995 (two years after the first Oslo agreement), ZOA circulated a tape of PA/PLO Chairman Yasser Arafat calling for a “jihad via deaths, via battles.”  Then-Chairman of the Conference of Presidents of Major American Jewish Organizations Leon Levy proposed forming a committee to “report and monitor” such speeches – which violated the Oslo accords’ requirements that the PA end inciting terror and hatred. Foxman opposed the establishment of a monitoring committee. (“Presidents Conference Leaders Divided Over Monitoring Arafat,” JTA, Aug. 8,1995.)

Foxman also surprisingly stated that when terrorist Jew killer Arafat calls for “Jihad,” he means “Jihad for peace.” Mr. Foxman also shockingly joined leaders of Peace Now and praised the award of the Nobel Peace Prize to terrorist Yasser Arafat, saying “he earned it,” (“Some Praise, but More Abhor the Decision to Honor Arafat with the Nobel Peace Prize,” JTA, Oct. 17, 1994). ZOA’s Morton Klein argued that it was “repugnant and revolting” that Arafat received this award, and that giving a Nobel prize to Arafat insulted worthy recipients of the Nobel Peace Prize like my friend, Nobel laureate and chemist, Prof. Linus Pauling (with whom I had a twenty-year friendship and working relationship).

We would love to hear from you! Please fill out this form and we will get in touch with you shortly.
Trending Z
Uncategorized June 26, 2017
FLASH: ISRAEL-JORDAN PEACE TREATY (1994) GUARANTEES JEWS ACCESS TO THE TEMPLE MOUNT – LET MY PEOPLE PRAY
Uncategorized June 26, 2017
ZOA Analysis: Most American Rabbis Who Are Boycotting Some Israeli Ministers Are From Extremist Left Wing Groups (J Street; T’ruah; JVP)
Uncategorized June 26, 2017
Israel’s “Right of Return” Grandparent Clause is De-Judaizing the Jewish State – Eliminate It
Uncategorized June 26, 2017
Exclusive: ZOA Accuses Ilhan Omar of Hating the U.S. ‘as Much as Israel,’ Lauds Kevin McCarthy for ‘Throwing Her Off the HFAC’
Center for Law & Justice
We work to educate the American public and Congress about legal issues in order to advance the interests of Israel and the Jewish people.
We assist American victims of terrorism in vindicating their rights under the law, and seek to hold terrorists and sponsors of terrorism accountable for their actions.
We fight anti-Semitism and anti-Israel bias in the media and on college campuses.
We strive to enforce existing law and also to create new law in order to safeguard the rights of the Jewish people in the United States and Israel.
Our Mission
ZOA STATEMENT
The ZOA speaks out for Israel – in reports, newsletters, and other publications. In speeches in synagogues, churches, and community events, in high schools and colleges from coast to coast. In e-mail action alerts. In op-eds and letters to the editor. In radio and television appearances by ZOA leaders. Always on the front lines of pro-Israel activism, ZOA has made its mark.
Related Articles
OP-ED ZOA Mourns Passing of Ariel Founder & Visionary, Ron Nachman