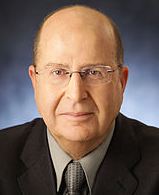 The Zionist Organization of America (ZOA) has noted recent statements by former Israel Defense Forces (IDF) Chief of Staff and former Defense Minister Lieutenant-General Moshe Ya’alon that there are no foreseeable prospects for a genuine Israeli/Palestinian peace agreement and that Israel’s on-going security needs necessitates a continued IDF presence in Judea/Samaria that serves as a corrective to the illusion that a peace agreement is presently possible.

In a recent speech in Beit Shemesh, General Ya’alon said:

“I don’t see prospects for a [peace] agreement in the foreseeable future. The gap between us is not bridgeable. [The Palestinians] have not agreed to any proposal to divide the land. They are not prepared even to accept a state along the 1967 borders and a division of Jerusalem. From their [false] standpoint, that’s just 22 percent of Palestine … I don’t foresee that they will have a leadership that will want to divide the land …” (Chaim Levinson, ‘Former Defense Minister, Courted by Labor Party: There’ll Be No Peace, West Bank Can Hold Millions of More Settlers,’ Haaretz, October 22, 2017).

ZOA National President Morton A. Klein said, “Moshe Ya’alon, who was prescient about what the disaster of the unilateral withdrawal from Gaza in 2005 would do in terms of escalating security threats to Israel from Gaza, is right to be tamping down expectations that peace could be around the corner.

Only last week, the Fatah/PA restated that it has not recognized Israel. that it will never recognize Israel and that other Palestinian movements like Hamas should not do so either.

“As the ZOA has repeatedly shown, Mahmoud Abbas’ Palestinian Authority (PA) remains committed to a struggle in which Israel eventually disappears, not a permanent peace settlement that encompasses Israel’s continued existence. Offers of full Palestinian statehood, even including eastern Jerusalem and the 1949 armistice lines as its borders, would not be accepted by the PA if doing so entailed formally and unequivocally terminating the conflict. The Palestinian Arabs rejected offers of Statehood in 1937, 1947, 2000, 2001, 2008 that required their accepting the continued existence of Israel. Further, Palestinians had never established a State when Jordan controlled all the disputed territories from 1948-67.

“And remember, only last week, the Fatah/PA restated that it has not recognized Israel. that it will never recognize Israel and that other Palestinian movements like Hamas should not do so either.

“When one remembers that the PA glorifies terrorists, names schools, streets and sports teams in their honor and pays stipends to jailed Jew-killers and pensions to their families, it is clear that destroying Israel remains a paramount objective of the Palestinian Arab movement. General Ya’alon is right to remind that, under these prevailing conditions, Israeli/Palestinian Arab peace is not presentably attainable.

“At the same time, General Ya’alon is also correct to note that it is possible, indeed, desirable, that more Jews live in Judea/Samaria, without impinging on Palestinian autonomy.

“Jewish populated areas give the IDF the impetus to protect Israel with better borders. Having control of, but not permitting Jews to live in an area makes it harder for the IDF to defend that area, because it lacks the people, roads and infrastructure that enable the IDF to defend territory.

“General Ya’alon’s realistic and informed perspective on these vital matters deserves to be more widely known in Israel and should serve as a guiding principle in Israel’s policy.”

We would love to hear from you! Please fill out this form and we will get in touch with you shortly.
Trending Z
News October 25, 2017
ZOA Deplores that Pres. Trump Dined with Jew-Haters Kanye West & Nick Fuentes, and Demands he Condemn Them
Uncategorized October 25, 2017
ZOA Honors Trump With Rarely Given Herzl Award for His Great Pro-Israel Work – Joins Ranks of Balfour, Truman, Begin, Meir, Ben-Gurion
News October 25, 2017
ZOA Responds to Questions About Pres. Trump, Kanye West, Fuentes, etc. Issue
Uncategorized October 25, 2017
Zionist Organization of America Honors Donald Trump for Support for Israel, Jewish Community
Center for Law & Justice
We work to educate the American public and Congress about legal issues in order to advance the interests of Israel and the Jewish people.
We assist American victims of terrorism in vindicating their rights under the law, and seek to hold terrorists and sponsors of terrorism accountable for their actions.
We fight anti-Semitism and anti-Israel bias in the media and on college campuses.
We strive to enforce existing law and also to create new law in order to safeguard the rights of the Jewish people in the United States and Israel.
Our Mission
ZOA STATEMENT
The ZOA speaks out for Israel – in reports, newsletters, and other publications. In speeches in synagogues, churches, and community events, in high schools and colleges from coast to coast. In e-mail action alerts. In op-eds and letters to the editor. In radio and television appearances by ZOA leaders. Always on the front lines of pro-Israel activism, ZOA has made its mark.
Related Articles
OP-ED ZOA Mourns Passing of Ariel Founder & Visionary, Ron Nachman