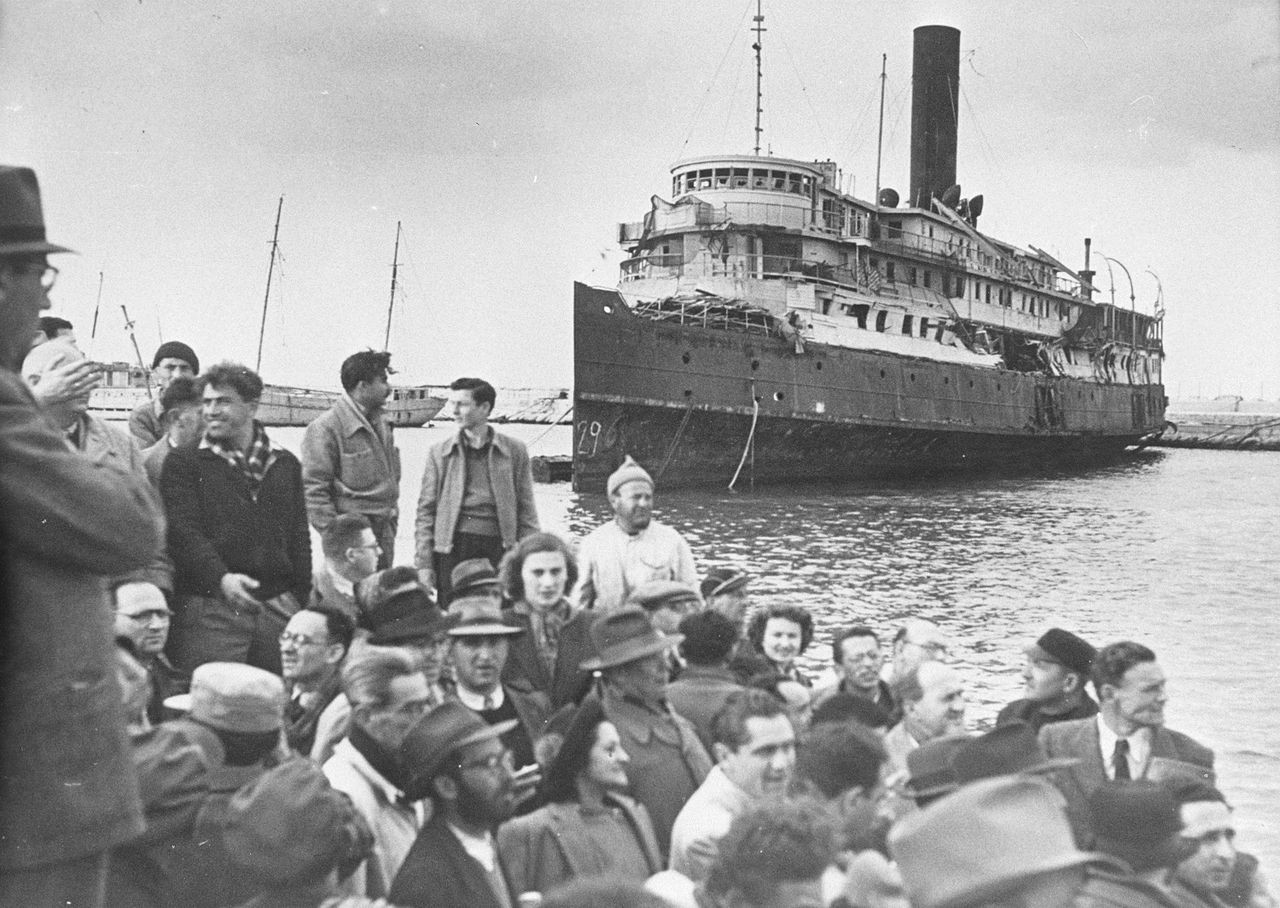 The Zionist Organization of America (ZOA) has proudly noted today’s centenary celebration of the Balfour Declaration, issued on November 2, 1917, which declared British support for the establishment within the then-Ottoman Empire territory of Palestine of a national home for the Jewish people.

On this day a century ago, the British Foreign Secretary, Arthur James, Lord Balfour, sent the following communication to Walter, Lord Rothschild, one of the most prominent Jews in England, for transmission to the Zionist Federation of Great Britain and Ireland:

“His Majesty’s government view with favour the establishment in Palestine of a national home for the Jewish people, and will use their best endeavours to facilitate the achievement of this object, it being clearly understood that nothing shall be done which may prejudice the civil and religious rights of existing non-Jewish communities in Palestine, or the rights and political status enjoyed by Jews in any other country.”

ZOA National President Morton A. Klein said, “The Balfour Declaration is a glorious day in the history of the Jewish people and indeed for the world, the first step in righting the wrong of Jewish statelessness and homelessness which had resulted in the Jews being the most dispersed and persecuted minority in history.

“The Balfour Declaration led to the British Mandate being dedicated to the upbuilding of the Jewish national home and, even though the British later reneged on this commitment in a bid to appease the Arabs on the eve of World War II by seeking to end Jewish immigration and land purchases, the state of Israel did eventually arise when the Mandate was terminated in May 1948.

“Israel was not anyone’s gift to the Jews. The Jewish people in Palestine sacrificed blood and treasure to obtain and preserve their independence from five invading Arab armies and internal Palestinian Arab militias led by the war-time Nazi collaborator, Haj Amin el Husseini. One percent of Israel’s population was killed defending Israel from the invasion which all Arabs belligerents declared would result in the destruction of Israel and the massacre of all its Jews.

“Because the Arabs lost and because that loss has been recast to depict the Palestinian Arabs as innocent victims dispersed by aggressive Zionism, the Balfour Declaration has been vilified as an injustice inflicted on Palestinian Arabs.

“Thus, the PLO has claimed Britain has primary responsibility for the ‘historical injustice in Palestine’ while Mahmoud Abbas told the UN General Assembly last year that ‘Britain gave, without any right, authority or consent from anyone, the land of Palestine to another people.’

“This is all ahistorical nonsense and falsehood.

“The Balfour Declaration was not an act of imperialism: it was an allied commitment, agreed upon by the allied powers in the First World War, later incorporated in the Treaty of Sèvres, signed by the 13 allied powers, including the Kingdom of the Hijaz, the chief Arab interlocutor at the post-War Paris Peace Conference, as well as Turkey.

“In 1922, the Declaration was incorporated into the terms of the Mandate for Palestine awarded Britain by all 51 members of the League of Nations.

“Contrary to what one often hears alleged, the British endorsement of Zionism did not conflict with undertakings made to Sherif Hussein of Mecca during 1915-16 to support Arab independence, which did not include the territory of Palestine. Moreover, there was no unilateral British commitment of any sort, but rather a conditional promise in the event of an Arab revolt against the Ottoman Turks which never materialized; to the contrary, the Arabs of Palestine and Syria in their overwhelming majority fought on the Ottoman side.

“Nor did the Balfour Declaration consist of Britain giving someone’s else’s country to the Jews. Rather, the Arabs of what become Syria and British Palestine sided with the Ottoman Empire, did not rise against the Ottomans to claim independence and asserted no national claims of their own until only later. Even so, the allied powers did eventually establish Arab states in Jordan, Iraq and Syria, but not in Palestine, which they had never promised to do and which had considerable Jewish and Christian populations.

“The Declaration correctly recognized the Jews as the indigenous population of Palestine with a 3,000 years long connection to the land, who had rights to build up their own country, while also safeguarding the civil and religious rights of the Muslims, Christians and other religious and ethnic groups in Palestine.

“The Palestinian tragedy is not the Balfour Declaration. It is the Arab and Muslim supremacism that has determined their political decisions at every turn, ensuring that they opposed and denied –– and continue to deny –– any Jewish claim or connection with the land and their refusal to countenance the idea that Jews are entitled to the self-determination they insist upon for themselves.

“The tragedy will end when Palestinian Arabs recognize the right of the Jewish state to exist and undertake to work with it to bring about peace, not before.

“In the meantime, we can all celebrate Lord Balfour’s high-minded act of statesmanship one hundred years ago which helped the Jewish people to rejoin the family of sovereign nations after two millennia of statelessness, persecution and massacre.”

We would love to hear from you! Please fill out this form and we will get in touch with you shortly.
Trending Z
Uncategorized November 2, 2017
FLASH: ISRAEL-JORDAN PEACE TREATY (1994) GUARANTEES JEWS ACCESS TO THE TEMPLE MOUNT – LET MY PEOPLE PRAY
Uncategorized November 2, 2017
ZOA Analysis: Most American Rabbis Who Are Boycotting Some Israeli Ministers Are From Extremist Left Wing Groups (J Street; T’ruah; JVP)
Uncategorized November 2, 2017
Israel’s “Right of Return” Grandparent Clause is De-Judaizing the Jewish State – Eliminate It
Uncategorized November 2, 2017
Exclusive: ZOA Accuses Ilhan Omar of Hating the U.S. ‘as Much as Israel,’ Lauds Kevin McCarthy for ‘Throwing Her Off the HFAC’
Center for Law & Justice
We work to educate the American public and Congress about legal issues in order to advance the interests of Israel and the Jewish people.
We assist American victims of terrorism in vindicating their rights under the law, and seek to hold terrorists and sponsors of terrorism accountable for their actions.
We fight anti-Semitism and anti-Israel bias in the media and on college campuses.
We strive to enforce existing law and also to create new law in order to safeguard the rights of the Jewish people in the United States and Israel.
Our Mission
ZOA STATEMENT
The ZOA speaks out for Israel – in reports, newsletters, and other publications. In speeches in synagogues, churches, and community events, in high schools and colleges from coast to coast. In e-mail action alerts. In op-eds and letters to the editor. In radio and television appearances by ZOA leaders. Always on the front lines of pro-Israel activism, ZOA has made its mark.
Related Articles
OP-ED CIA Nominee Brennan Dismisses Radical Islam, Calls J’lem Al-Quds, Whitewashes Hizballah

The Zionist Organization of America (ZOA) is pleased to report that the Internal Revenue Service (IRS) has reinstated its recognition of ZOA’s status as a tax exempt, tax-deductible 501(c)(3) organization.  In a letter dated May 15, 2013 to the ZOA, the IRS wrote, “We are pleased to inform you that upon review of your application […]