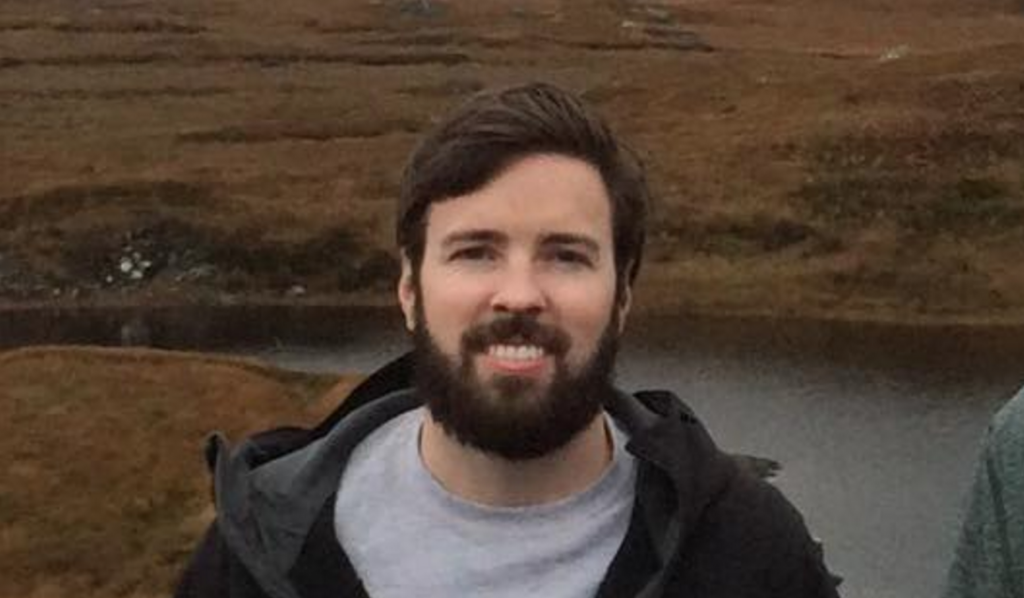 Today, the Zionist Organization of America has asked supporters of Israel to reach out to their Congressional representatives in the House Foreign Affairs Committee in qualified support of the latest version of the Taylor Force Act (H.R. 1164), a proposed law which conditions only a portion of U.S. aid to the extremist, anti-Semitic, anti-US Palestinian Authority (PA) on the ending of the PA’s regular practice of spending $355 million a year on salaries and pensions to Arab terrorists and families of Arab terrorists who murder Jews or Americans in Israel.

Today (Wednesday, November 15), the House Foreign Affairs Committee (HFAC) will hold a session to finalize the language of several bills, including the Taylor Force Act.  The committee leadership from both parties will introduce a comprehensively revised version of the Taylor Force Act during this session.

This new weakened version of the Taylor Force Act was carefully crafted by a united HFAC leadership in an effort to retain the core of what the Taylor Force Act intends while also striving to maintain as wide a base of bi-partisan support as possible. The intent was to create a reasonable bill that will almost certainly pass the otherwise increasingly dysfunctional House legislative process.

Enactment of this new bill, should it pass, means the US will continue to give the Palestinian Arabs US taxpayer dollars for things like hospitals, wastewater projects, security cooperation, and “refugee” assistance, and to help cover their bills, like electricity to Israeli utility companies, regardless of their continuing the ‘pay to slay’ model.

As with the bi-partisan version of this bill that emerged from Senate deliberations, S. 1697, and that was subsequently folded into the Senate Department of State and Foreign Operations appropriations bill [S.1780] but which has not yet advanced through the Senate in either form, the ZOA’s support for this latest House version of the Taylor Force Act comes with disappointment that the bill is not nearly as strong as it should be, or even as it was when originally introduced.

This latest version still leaves much to be desired. While the original Taylor Force Act already excluded cuts to US aid given to the extremist PA to subsidize the PA’s minimal security cooperation with Israel and monies donated to subsidize “refugee” camps, it would at least have cut all remaining assistance, about $260 million (based on the 2017 budget) unless the PA ended its Nazi-like practice of paying Palestinian Arabs to commit atrocities against Jews, Israelis, and Americans in Israel.

The revised House bill, like the Senate bill, only cuts funds which, in the language of the convoluted political appropriations process, ‘directly benefits’ the anti-Semitic PA—even though every US “indirect” dollar given to this Nazi-like Arab regime is actually of direct benefit to them in real terms. So this revised bill now excludes roughly half of the assistance under threat, amounting to only about $130 million.

Further, like the Senate bill, there is in this House version of the bill an exception carved out to support the “East Jerusalem Hospital Network.” Unlike the Senate version, however, this House version included yet an additional exception to allow funding for “assistance for wastewater projects”—apparently reflective of a direct request by the White House to enable Jason Greenblatt, Assistant to the President and Special Representative for International Negotiations, to have leverage over the PA by giving them additional funds free of the Taylor Force Act restrictions.

Thus enactment of this new bill, should it pass, means the US will continue to give the Palestinian Arabs US taxpayer dollars for things like hospitals, wastewater projects, security cooperation, and “refugee” assistance, and to help cover their bills, like electricity to Israeli utility companies, regardless of their continuing the ‘pay to slay’ model. (Remember, all of these monies are fungible and ZOA, at least, is not confident that existing safeguards allow us to be certain that all “hospital’ and refugee, etc. monies goes where they are supposed to go).

Additionally, this revised House version has introduced a needless and deeply troubling “sunset” provision ensuring that, should it remain in place, the Taylor Force Act will remain in force only “for fiscal year 2018 and each of the five subsequent fiscal years”. In other words, the Taylor Force Act under the House version will expire of its own accord at the close of fiscal year 2023! As it stands, this provision not only seriously undermines the intent of the original Taylor Force Act, it also recklessly holds the important statutory ground that would be gained by its enactment to the wishful presumption that this bi-partisan consensus will hold strong into the future. This “sunset” clause was inserted due to pre-existing House rules intended to “force Congress to determine if a program is worthy of continued taxpayer support.” ZOA believes that the insertion of this “sunset” clause in this section of the Taylor Force Act is a misapplication of this particular House Rule.

The intent of the House Rule mandating sunset clauses is not to end Congressional provisions that actively protect US taxpayer dollars, and prevent those tax dollars from aiding and abetting Palestinian Arab terrorism. If anything, the sunset clause should instead be attached to the “exceptions” that allow US funds to continue to the East Jerusalem Hospital Network and that allow “assistance for wastewater projects” even when the PA refuses to abandon its policy of materially supporting terrorism through salaries and pensions to terrorists and the families of terrorists.

Yet all the US is asking of the radical, anti-Semitic PA to continue to receive US funds is to stop paying Arabs to murder Jews. If they refuse to do this simple, minimal step, should the US really give the PA any US taxpayer dollars for anything at all!? After 24 years since Oslo, isn’t it now clear that the PA doesn’t want peace with the Jewish State and really wants to keep killing Jews and ultimately destroy Israel as a Jewish State!

The ZOA recognizes and appreciates the focused and serious bi-partisan effort to pass the Taylor Force Act in some form. ZOA’s Government Relations Department was involved in discussions with both sides of the political divide in the course of the drafting of this version of the Taylor Force Act.

ZOA feels strongly that the House Foreign Affairs Committee, during the course of the markup, should keep in mind the reason for the appropriateness of the much larger reductions in US aid in the original Taylor Force Act. The anti-Semitic PA urges murdering Jews, or really anybody in Israel, and then rewards Arab terrorists and their families with salaries as high as $3,120 per month, far exceeding the Palestinian Arab paycheck. And, following a surviving Arab terrorist’s release from Israeli prison, that terrorist is often offered a top government job for life, further incentivizing others to emulate his/her terrorism. The harsher sanctions in the original bill were intended to make the decision to continue to act like the Arab version of Nazis more difficult for the leadership of the PA. The new Taylor Force Act does some of that, and improves upon the senate version in some technical yet substantive ways, but should and could be much stronger.

In particular, the new “sunset clause” should be removed from the Taylor Force Act “limitations” set upon funds.

We urge all supporters of Israel and human decency to call the Congressional switchboard at 202-224-3121 and ask to speak to members of the House Foreign Affairs Committee to urge them to take robust action to strengthen the Taylor Force Act. But in any event, the ZOA supports this latest version of the Taylor Force Act.

We would love to hear from you! Please fill out this form and we will get in touch with you shortly.
Trending Z
Uncategorized November 15, 2017
FLASH: ISRAEL-JORDAN PEACE TREATY (1994) GUARANTEES JEWS ACCESS TO THE TEMPLE MOUNT – LET MY PEOPLE PRAY
Uncategorized November 15, 2017
ZOA Analysis: Most American Rabbis Who Are Boycotting Some Israeli Ministers Are From Extremist Left Wing Groups (J Street; T’ruah; JVP)
Uncategorized November 15, 2017
Israel’s “Right of Return” Grandparent Clause is De-Judaizing the Jewish State – Eliminate It
Uncategorized November 15, 2017
Exclusive: ZOA Accuses Ilhan Omar of Hating the U.S. ‘as Much as Israel,’ Lauds Kevin McCarthy for ‘Throwing Her Off the HFAC’
Center for Law & Justice
We work to educate the American public and Congress about legal issues in order to advance the interests of Israel and the Jewish people.
We assist American victims of terrorism in vindicating their rights under the law, and seek to hold terrorists and sponsors of terrorism accountable for their actions.
We fight anti-Semitism and anti-Israel bias in the media and on college campuses.
We strive to enforce existing law and also to create new law in order to safeguard the rights of the Jewish people in the United States and Israel.
Our Mission
ZOA STATEMENT
The ZOA speaks out for Israel – in reports, newsletters, and other publications. In speeches in synagogues, churches, and community events, in high schools and colleges from coast to coast. In e-mail action alerts. In op-eds and letters to the editor. In radio and television appearances by ZOA leaders. Always on the front lines of pro-Israel activism, ZOA has made its mark.
Related Articles
OP-ED BY: ZOA Staff ZOA Praises JCRC For Expelling Anti-Israel BDS From Israel Day Parade