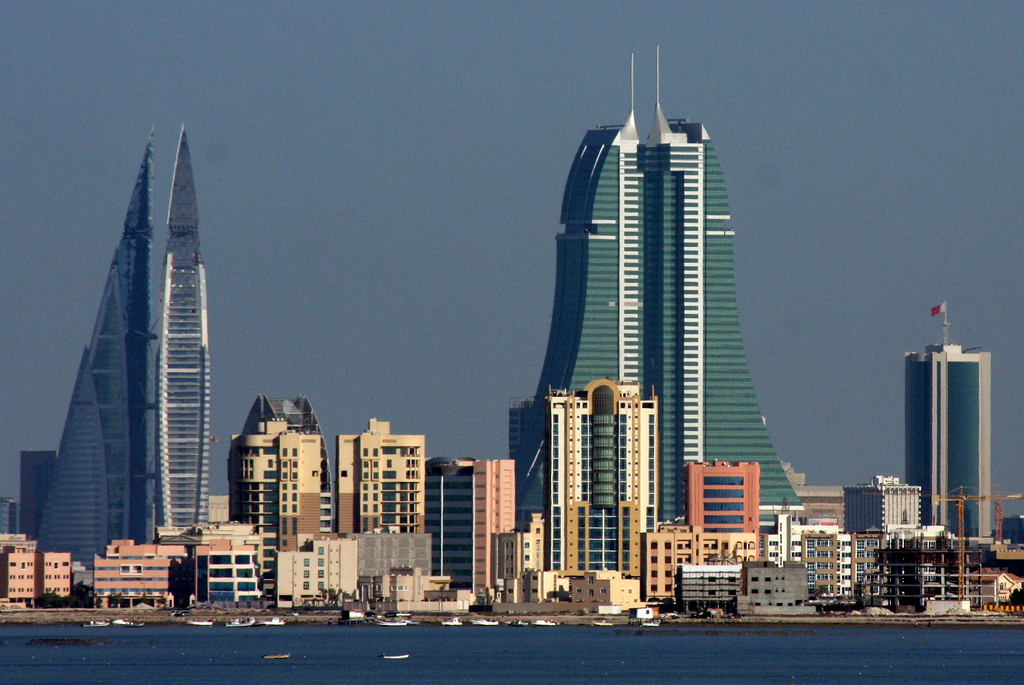 The Zionist Organization of America (ZOA) has praised the Bahraini government for breaking ranks with the position espoused by Mahmoud Abbas’ Palestinian Authority (PA) to isolate the United States over President Trump’s announcement earlier this month recognizing Jerusalem as Israel’s capital.

The PA led the support for a United Nations General Assembly (UNGA) vote to condemn the American recognition as null and void –– an absurdity, since President Trump’s declaration did not violate any international law. UNGA resolutions carry no legal force, but a large vote in favor brings the PA a diplomatic victory of sorts.

However, the Persian Gulf state of Bahrain has parted company from the Palestinian strategy of opposing and isolating the US, the Bahraini Foreign Minister, Khaled bin Ahmed al-Khalifa, tweeting: “It’s not helpful to pick a fight with the US over side issues while we together fight the clear and present danger of the Theo-Fascist Islamic Republic.”

ZOA National President Morton A. Klein said, “We applaud the Bahraini declaration, which rightly focuses on the tremendous, existential threat posed in the region by an Iran seeking to obtain nuclear weapons. And, this declaration serves as an admission that major efforts are being made on behalf of a predictable and outrageous Mahmoud Abbas to censure the US for merely acknowledging, at long last, what is merely a fact –– that Jerusalem is the capital of Israel and that not saying so, in deference to Palestinian Arab and wider Arab opinion, has not and will not produce peace or moderation.

“As the ZOA argued in January in a New York Daily News op-ed advocating the move on Jerusalem, which President Trump took this month, important, indeed, vital common interests, such as preventing Iran going nuclear, unite Israel and a number of Sunni Arab states. Regional relations will not, therefore, be imperiled by President Trump’s declaration.

“Whatever the current disturbances and the hue and cry, much of it orchestrated, on the Arab street against President Trump, his Jerusalem move is ultimately a service to truth and even to peace-making, as it serves to notice the world that its nations will not forever support this fiction that Jerusalem is apart from Israel, a lie which the PA seeks to foist upon it.”

We would love to hear from you! Please fill out this form and we will get in touch with you shortly.
Trending Z
News December 22, 2017
ZOA Condemns U.S. State Dept. & U.S. Amb. Nides For Siding with Antisemitic, Discriminatory Palestinian & Hamas Terrorists re: the Temple Mount, Violating Jews’ Religious Freedom
News December 22, 2017
ZOA’s Klein JPost Op-Ed: There is Nothing Extreme About Israel’s New Government
Uncategorized December 22, 2017
FLASH: ISRAEL-JORDAN PEACE TREATY (1994) GUARANTEES JEWS ACCESS TO THE TEMPLE MOUNT – LET MY PEOPLE PRAY
Uncategorized December 22, 2017
ZOA Analysis: Most American Rabbis Who Are Boycotting Some Israeli Ministers Are From Extremist Left Wing Groups (J Street; T’ruah; JVP)
Center for Law & Justice
We work to educate the American public and Congress about legal issues in order to advance the interests of Israel and the Jewish people.
We assist American victims of terrorism in vindicating their rights under the law, and seek to hold terrorists and sponsors of terrorism accountable for their actions.
We fight anti-Semitism and anti-Israel bias in the media and on college campuses.
We strive to enforce existing law and also to create new law in order to safeguard the rights of the Jewish people in the United States and Israel.
Our Mission
ZOA STATEMENT
The ZOA speaks out for Israel – in reports, newsletters, and other publications. In speeches in synagogues, churches, and community events, in high schools and colleges from coast to coast. In e-mail action alerts. In op-eds and letters to the editor. In radio and television appearances by ZOA leaders. Always on the front lines of pro-Israel activism, ZOA has made its mark.
Related Articles
OP-ED BY: ZOA Staff ZOA Condemns Kerry For Supporting Iran’s Outrageous Demands Despite Violations