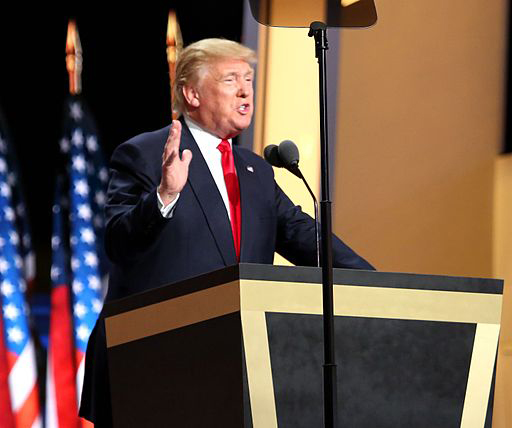 However, we are deeply concerned by the president’s recent continued waiver of sanctions, and that Congressional legislation being formulated to save the Iran deal could undermine President Trump’s agenda to dismantle or dramatically overhaul the deal.

The legislation being formulated reportedly would impose sanctions six years from now if Iran violates certain nuclear restrictions after that point.  As critics have noted such legislation is likely to be toothless, delays sanctions until a time when they are likely to be far less effective, and does not address current issues, including the lack of inspections at military facilities, Iran’s ballistic missile development and launches, and the growth of Iran’s nuclear facilities to industrial proportions.

Remaining bound to the catastrophic Iran deal impairs the stability and safety of the entire region at this critical time.  Iran is enlarging its reach to control wide swaths of the Middle East, and is continuing to expand its influence in South America.  Although we cannot recoup the initial $150 billion of sanctions relief that the Iran deal foolishly bestowed upon the Islamic Iranian regime, we can curb hundreds of billions of dollars of future business payments to Iran.  This will impede Iran’s financial ability to spread terror and dominate the Middle East.

The longer we wait to re-impose sanctions, the less potent and effective those sanctions will be.  Delays allow Iran to grow, enhance its conventional and nuclear weapons capabilities, and solidify its control over the region in the interim.

The longer we wait to re-impose sanctions, the less potent and effective those sanctions will be.  Delays allow Iran to grow, enhance its conventional and nuclear weapons capabilities, and solidify its control over the region in the interim.

Moreover, the ongoing uprisings inside the Islamic Iranian regime make this the ideal juncture to take serious steps – including dismantling the deal and imposing heavy sanctions.  These steps would pressure the Islamic Iranian regime to end its human rights abuses, its support for terror proxies throughout the world, and its dangerous hegemonic and nuclear military ambitions.  Indeed, Iran’s domestic uprisings arose because Iran’s mullahs continued to neglect economic conditions for Iran’s people.  Instead, Iran’s Islamist leaders used the huge Iran deal windfall to strengthen and expand its al Quds force and Iranian Revolutionary Guard operations; buy sophisticated military equipment from Russia; and increase payments and weapons shipments to terror proxies.

A U.S. withdrawal from the Iran deal does not mean that Iran is free to do whatever it wishes to do.  Indeed, as then-candidate Trump explained, the U.S. got “nothing” in the Iran deal.  Throughout the past 50 years, Iran has had the legal obligation to not manufacture or acquire nuclear weapons. In 1968, Iran signed the Treaty on the Non-Proliferation of Nuclear Weapons (the “NPT”), agreeing to the status of a non-nuclear weapon State Party.  Accordingly, the Islamic Republic of Iran was already bound by its NPT obligations, including “not to manufacture or otherwise acquire nuclear weapons or other nuclear explosive devices” (Article II), and to agree to subject itself to IAEA verification procedures.  (Article III.1).

Back in 2015-2016, Art of the Deal businessman and candidate Donald Trump carefully studied the Iran deal, and wisely concluded and proclaimed:

“My number one priority is to dismantle the disastrous deal with Iran. . . this deal is catastrophic – for America, for Israel, and for the whole Middle East.  The problem here is fundamental. We have rewarded the world’s leading state sponsor of terror with $150 billion and we received absolutely nothing in return.  . . . The biggest concern with the deal is not necessarily that Iran is going to violate it, although it already has.  The bigger problem is that they can keep the terms and still get to the bomb by simply running out the clock, and, of course, they keep the billions. The deal doesn’t even require Iran to dismantle its military nuclear capability! Yes, it places limits on its military nuclear program for only a certain number of years. But when those restrictions expire, Iran will have an industrial-size military nuclear capability ready to go, and with zero provision for delay no matter how bad Iran’s behavior is.”

On the O’Reilly Factor, pre-candidate Donald Trump also wisely explained that the best way to proceed is to walk away, and double and triple up sanctions – to put sanctions back very strongly.  He stated:

“Sometimes you have to get up from a deal and walk. . . . The worst thing that can happen is a bad deal is made. . . . But sometimes you have to get up and walk.  Now, I just heard from you that the deadline was just extended yet again.  It keeps going and going.  At some point you have to say, ‘We’ve had enough, we’re walking.’  Now you’ll find out what happens after that if you walk.  But you can’t make a bad deal. . . .   They [the Obama administration] take the sanctions off before they negotiate.  I’ve never heard of a thing like that.  We should have doubled and tripled up the sanctions before the negotiation.  They start taking them off and relieving them of the pressure.  They should have doubled them up and tripled them up.  The sanctions can be put back and very, very strongly. And you’ll find out whether or not they want to negotiate. They are tapping us along.  I have no doubt about it.  I have absolutely none.  And we have the wrong people negotiating.  At some point, Kerry has to get up and walk.”   (“Donald Trump on Nuclear Negotiations with Iran,” video, Mar. 31, 2015.)

Similarly, former Ambassador John Bolton, who has also studied the deal closely, tweeted yesterday:  “@AmbJohnBolton – There’s been far too much debate over whether #Iran is in violation of the #NuclearDeal. The point is that this was a bad deal to begin with and it’s a bad deal now and it should be torn up.”

Let’s remember that the misbegotten Iran deal was so terrible, and was so widely unpopular with the American people, that former President Obama had to resort to extraordinary unconstitutional and illegal Chicago Mafia-style tactics to push it through.  He violated the U.S. Constitution (Article II, Section 2) by refusing to submit the deal to a two-thirds concurring vote of the Senate.  He violated the Iran Nuclear Agreement Review Act of 2015 by failing to give the Iranian-IAEA side deals to Congress by July 19, 2015, that is, within the required five days of reaching the agreement.  (He also never provided the side agreements at all.)  These violations alone meant that sanctions should have remained in place, and that the Iran deal never received lawful U.S. approval.

Obama also engaged in pressure tactics to push through the deal, unprecedented for any White House – including threatening Democratic Congresspersons with primaries, loss of committee positions, no money for their districts, and no party money for their reelection campaigns if they opposed the deal.  Obama wiretapped Congressional communications.  He falsely claimed that that the Israeli security establishment favored the deal, when in fact the Israeli government and security establishment uniformly opposed it.  He had his collaborators at the pro-Iranian regime, hostile-to-Israel group J Street do a phony hypothetical poll about an ideal deal – and then falsely claim that this poll showed that significant numbers of American Jews favored the actual terrible Iran deal.

We cannot afford to delay President Trump’s agenda to dismantle and/or completely overhaul the terrible deal that Obama unlawfully forced upon our nation.

We would love to hear from you! Please fill out this form and we will get in touch with you shortly.
Trending Z
Uncategorized January 16, 2018
ZOA Analysis: Most American Rabbis Who Are Boycotting Some Israeli Ministers Are From Extremist Left Wing Groups (J Street; T’ruah; JVP)
Uncategorized January 16, 2018
ZOA: Israel’s Reasonable Judicial Reform Proposals Are Good for Democracy, the Rule of Law and the Economy
News January 16, 2018
ZOA is Disappointed, Offended and Frightened by 211 U.S. House Votes Supporting Jew-Hating, Israel-Hating Rep. Ilhan Omar
Uncategorized January 16, 2018
Israel’s “Right of Return” Grandparent Clause is De-Judaizing the Jewish State – Eliminate It
Center for Law & Justice
We work to educate the American public and Congress about legal issues in order to advance the interests of Israel and the Jewish people.
We assist American victims of terrorism in vindicating their rights under the law, and seek to hold terrorists and sponsors of terrorism accountable for their actions.
We fight anti-Semitism and anti-Israel bias in the media and on college campuses.
We strive to enforce existing law and also to create new law in order to safeguard the rights of the Jewish people in the United States and Israel.
Our Mission
ZOA STATEMENT
The ZOA speaks out for Israel – in reports, newsletters, and other publications. In speeches in synagogues, churches, and community events, in high schools and colleges from coast to coast. In e-mail action alerts. In op-eds and letters to the editor. In radio and television appearances by ZOA leaders. Always on the front lines of pro-Israel activism, ZOA has made its mark.
Related Articles
OP-ED ZOA Mourns Passing of Ariel Founder & Visionary, Ron Nachman