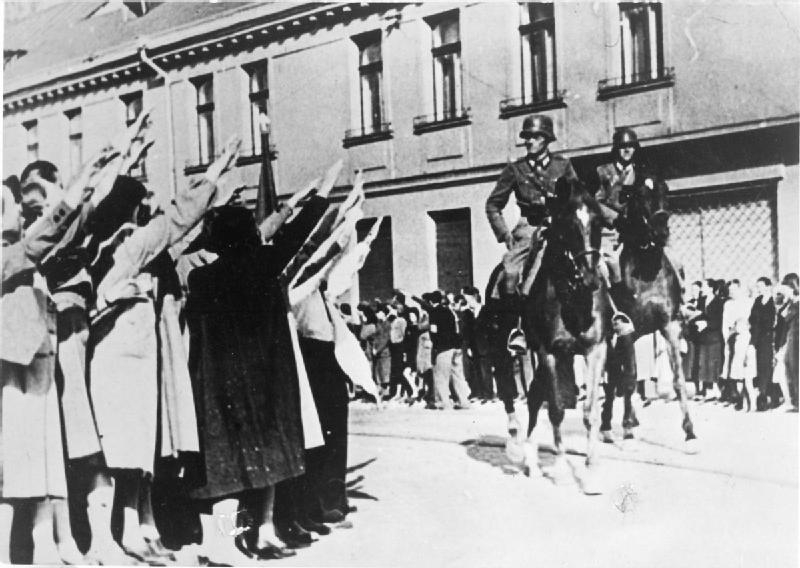 The Zionist Organization of America (ZOA) has condemned the passage in the Polish Senate of a law which would criminalize those accusing the Polish nation or state of complicity in the Holocaust. The bill passed the Polish upper house by a vote of 57 to 23 with two abstentions and must be signed into law by the Polish President, Andrzej Duda, who has the power to veto the legislation (‘Jewish groups blast Polish Senate’s passing of Holocaust bill,’ Times of Israel, February 2, 2018).

ZOA National President Morton A. Klein said, “Especially as a child of holocaust survivors born in a displaced persons camp in Germany whose mother was Polish, I and the ZOA condemns this piece of legislation that seeks to preclude entirely legitimate discussion in Poland on the extent and nature of Polish involvement in the Nazi genocide again the Jews.

“The ZOA believes that any legislation which precludes proper discussion of the history of the Nazi genocide is inherently wrong and would also prevent discussion in Poland of perfectly legitimate issues involving this, such as who did collaborate with the Nazi killing machine.

Poles need to understand both that the Polish nation resisted Hitler bravely and suffered bravely, while at the same time that many Poles assisted the Nazis war on the Jews. Both facts are true

“While we fully understand that the Polish nation suffered greatly at the hands of the Nazis and also fought the Nazis bravely, it is simply a matter of historic record that a great number of Poles were deeply anti-Semitic and that, as a result, many also collaborated with the Nazis in regard to the persecution and murder of European Jews.

“This record cannot be denied or swept under the carpet. Certainly, it cannot be ignored or discussion of it silenced by legislation simply because the Polish nation also suffered at the hands of Hitler.

“The history of the Nazi genocide as it was committed on Polish soil is a complex one. Poles need to understand both that the Polish nation resisted Hitler bravely and suffered bravely, while at the same time that many Poles assisted the Nazis war on the Jews. Both facts are true; both need to be remembered; both must be open to discussion and such discussion must be unrestricted by legislation.

“We call upon the Polish President to veto this ill-advised and poorly-conceived legislation.”

We would love to hear from you! Please fill out this form and we will get in touch with you shortly.
Trending Z
News February 14, 2018
ZOA Condemns U.S. State Dept. & U.S. Amb. Nides For Siding with Antisemitic, Discriminatory Palestinian & Hamas Terrorists re: the Temple Mount, Violating Jews’ Religious Freedom
News February 14, 2018
ZOA’s Klein JPost Op-Ed: There is Nothing Extreme About Israel’s New Government
Uncategorized February 14, 2018
FLASH: ISRAEL-JORDAN PEACE TREATY (1994) GUARANTEES JEWS ACCESS TO THE TEMPLE MOUNT – LET MY PEOPLE PRAY
Uncategorized February 14, 2018
ZOA Analysis: Most American Rabbis Who Are Boycotting Some Israeli Ministers Are From Extremist Left Wing Groups (J Street; T’ruah; JVP)
Center for Law & Justice
We work to educate the American public and Congress about legal issues in order to advance the interests of Israel and the Jewish people.
We assist American victims of terrorism in vindicating their rights under the law, and seek to hold terrorists and sponsors of terrorism accountable for their actions.
We fight anti-Semitism and anti-Israel bias in the media and on college campuses.
We strive to enforce existing law and also to create new law in order to safeguard the rights of the Jewish people in the United States and Israel.
Our Mission
ZOA STATEMENT
The ZOA speaks out for Israel – in reports, newsletters, and other publications. In speeches in synagogues, churches, and community events, in high schools and colleges from coast to coast. In e-mail action alerts. In op-eds and letters to the editor. In radio and television appearances by ZOA leaders. Always on the front lines of pro-Israel activism, ZOA has made its mark.
Related Articles
OP-ED ZOA: NSC’s McMaster – Reassign Him to Area Not Dealing with Israel or Iran