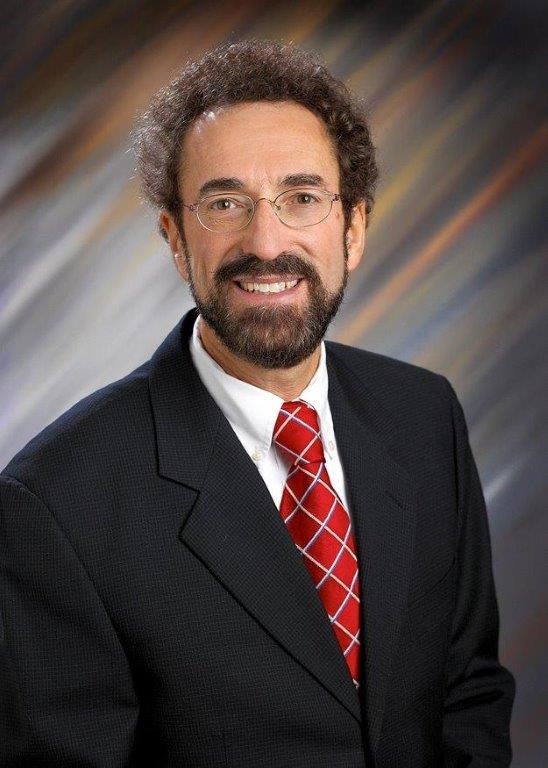 The news is abuzz with the decision of the United States to withhold 65 million dollars from the United Nations Relief Agency (“UNRWA”) that was created supposedly to help Palestinian Arab refugees. Like many United Nations activities, this so-called “relief agency” was set up for the wrong reasons and has become a tool of third world terrorists.

Palestine was the name given to the region occupied by modern Jordan and Israel by the Romans when they crushed the Jewish nation. They wanted to wipe out the Jewish presence from the Holy Land forever. Fortunately for the world, this did not occur and the presence of Jews in Israel, including Judea and Samaria, continued unabated.

UNRWA has been used repeatedly as a disguise for terrorist indoctrination. UNRWA schools teach a revisionist history that claims the Holocaust against the Jews never happened and to deprecate Western values at every level.

Originally, the nation of Israel was to include all the land from the Mediterranean to the Jordan River and all of modern Jordan! The first betrayal of the Jewish people after World War I was to split off Jordan as a separate nation. The United States and the allies wanted the minority Hashemite Muslim-Arabs to control the new Arab nation. The majority of Jordanians are Palestinian-Arabs, those who lived in the region before the Middle East was carved up by the British and the Americans.

In 1948, the United Nations once again determined to dissect the Jewish national homeland by creating Israel and yet another Palestinian Arab nation, apart from Jordan, this time on the West Bank of the Jordan River. The Arabs would accept nothing less than the total annihilation of the Jews, and waged war against Israel. The enemies of the West and the Jewish people partially won that war, permitting Jordan to occupy illegally what is sometimes referred to as the West Bank, but which the Jewish people properly call Judea and Samaria.

The Arab refugees who were created by the 1948 war were totally and completely the responsibility of the multitude of Arab nations that attacked the Jewish State in 1948 and tried to drive the Jewish people into the sea. Less spoken about are the 1 million Jewish refugees kicked out of Arab countries from North Africa through to the Middle East. All of those nations had sizeable Jewish populations dating back to Biblical times, and virtually every one of those nations seized Jewish property and threw those Jews into the street.

What did the Jews do about their refugees? Organizations around the world resettled those Jews in Western countries and in Israel. They have prospered and become the backbone of many societies. In Brooklyn, New York today there is a sizeable Syrian-Jewish community that is an economic and cultural marvel. Only recently the dictator head of the Palestinian Authority said Jews in Arab countries were somehow forced out of those countries by the leader of Israel, David Ben-Gurion! How insane, yet it is widely believed in the Arab world.

How did the Arabs treat the refugees they created? They put them in refugee camps and created UNRWA to feed them. UNRWA of course has not been funded very much by the Arab world, but rather by the United States and the West. We have been complicit in creating several generations of new terrorists because the Arabs wanted pawns who would become soldiers in their war against the presence of Jews and Christians in the Middle East.

However, the facts are far uglier than that. UNRWA has been used repeatedly as a disguise for terrorist indoctrination. UNRWA schools teach a revisionist history that claims the Holocaust against the Jews never happened and to deprecate Western values at every level. In subsequent Arab attempts to kill Jews, UNRWA schools and facilities have essentially been safehouses for terrorists, in which missiles and munitions were stored. There have been some feeble attempts by the United Nations to address this, but unfortunately the United Nations today is nothing more than a clearing house for those third world nations who are hostile to the West.

UNRWA should be shut down. Not one dollar of American money should go to an organization that not only disrespects the West, but also operates against our interests. The Arab world should be paying for the refugees it created, and should resettle them the way refugees subsequent to any war have been resettled. In 1967, when the Arab world once again attempted to destroy the Jewish State, Judea and Samaria came under the jurisdiction of the Israelis. Prior to 1967, the world had no interest in creating a second Jordan; another Palestinian-Arab country. Suddenly, things changed and remarkably it became the responsibility of the West to take care of the problem created by Arab bigotry.

It is curious that we argue in this country over “bridges to nowhere” and highlight government waste and spending while we mutely accept the waste of American dollars on an organization like UNRWA which undermines our interests and perpetuates poverty and ignorance. When will we wake up? The world community must insist that the Arabs feed and take care of their own people, and resettle them in their countries created by the West for the express purpose of providing nationhood for a multitude of Arabs in the Middle East. Giving in to tyranny, threats and blackmail is something that all great statesmen, like Winston Churchill, virulently opposed. Today, we seem to trifle with the truth and we naively think we can fight off those who hate us with money, trade deals and diplomacy. The Arabs see us for what we are; toothless paper tigers who talk but do not follow through.

Those in the mainstream press who decry the funding cuts to UNRWA claim that the money woes faced by UNRWA will encourage Arab violence and will somehow impair “the peace process.” What peace process? The Arabs have rejected every peace process that leaves Israel intact and capable of defending itself. They continue to create a false narrative about the Jewish people and Christians in the Middle East, which further inflames the terrorists within their ranks. If any conduct helps to create a motif for increased terrorism, it is the Arab desire to keep their own people in camps created by the Arab world so that there will be more soldiers for the fight against the State of Israel. We must cut funding ties that do not serve American interests. We must speak truth to facts.

After World War II, the West would not permit Germany or the other Axis powers to wallow in their own defeat. The millions of refugees created by that war and by the Western annihilation of the Nazis were resettled within new national boundaries created by that war. We have somehow gone astray in our national thinking by supporting organizations that play directly into the hands of those Arab terrorist rulers who do not cherish peace, but seek the final fulfillment of what they believe to be requirements of the Koran.

Rieders is a Williamsport attorney and past president of the Pennsylvania Trial Lawyers Association.

The original article was posted in the Sun-Gazette and can be found here.

We would love to hear from you! Please fill out this form and we will get in touch with you shortly.
Trending Z
Uncategorized February 20, 2018
ZOA Analysis: Most American Rabbis Who Are Boycotting Some Israeli Ministers Are From Extremist Left Wing Groups (J Street; T’ruah; JVP)
Uncategorized February 20, 2018
ZOA: Israel’s Reasonable Judicial Reform Proposals Are Good for Democracy, the Rule of Law and the Economy
News February 20, 2018
ZOA is Disappointed, Offended and Frightened by 211 U.S. House Votes Supporting Jew-Hating, Israel-Hating Rep. Ilhan Omar
Uncategorized February 20, 2018
Israel’s “Right of Return” Grandparent Clause is De-Judaizing the Jewish State – Eliminate It
Center for Law & Justice
We work to educate the American public and Congress about legal issues in order to advance the interests of Israel and the Jewish people.
We assist American victims of terrorism in vindicating their rights under the law, and seek to hold terrorists and sponsors of terrorism accountable for their actions.
We fight anti-Semitism and anti-Israel bias in the media and on college campuses.
We strive to enforce existing law and also to create new law in order to safeguard the rights of the Jewish people in the United States and Israel.
Our Mission
ZOA STATEMENT
The ZOA speaks out for Israel – in reports, newsletters, and other publications. In speeches in synagogues, churches, and community events, in high schools and colleges from coast to coast. In e-mail action alerts. In op-eds and letters to the editor. In radio and television appearances by ZOA leaders. Always on the front lines of pro-Israel activism, ZOA has made its mark.
Related Articles
OP-ED BY: Morton A. Klein & Daniel Mandel Op-Ed: Obama Constantly Sacrifices Israeli Security

OP-ED BY: Morton A. Klein ZOA Klein’s Jpost Op-Ed: Truth Is Not a Political Position

Truth is not a political position. Yet, some who disagree with the Zionist Organization of America (ZOA) wrongly label it and similar groups “right wing,” “ultra right,” or even “extreme.” Hurling such labels avoids fair, reasoned, fact-based debate on the issues, and instead attempts to delegitimize us.  It wasn’t “far right” or “right wing” for […]