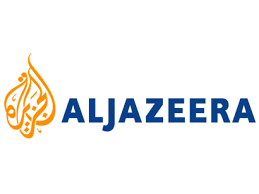 The Zionist Organization of America (ZOA) has pointed to a recent, informal poll taken by an Al Jazeera talk show host, with tens of thousands of followers, which showed that a stunning 56% said they backed Israel in the recent recent Israeli-Iranian clash in Syria. These results are even more surprising when one recalls that the poll was conducted by the host of a show on the frequently anti-Semitic, anti-Israel Al Jazeera.

The ZOA believes that, given the endemic hatred towards Israel in much of the Arab, the poll result showing majority support for Israel over Iran in the context of the factional war in Syria is an extraordinary result, one which demonstrates the fear which the prospect of a nuclear Iran inspires in Iran’s Arab neighbors.

As one Syrian wrote, “no Syrian in his right mind” would support Israel in most situations, “but you will find millions of Syrians queuing up with the blue devils [i.e., a term of abuse for Israelis] against the fascist sectarian regime that has surpassed all the monsters on earth in killing Syrians” (Evelyn Gordon, Do Arabs Back Israel in a Clash with Iran?, February 21, 2018).

Several Arab regimes have been covertly cooperating with Israel with regard to the threat posed by Tehran; it comes as welcome news that members of the Arab public take a similar view.

ZOA National President Morton Klein said, “While it has been no secret for some time that many Arabs are revising their view of Israel and prefer it to the radical Shia Iranian regime, and that several Arab regimes have been covertly cooperating with Israel with regard to the threat posed by Tehran, it comes as welcome news that members of the Arab public take a similar view.

“Governments generally have to make pragmatic decisions, but these decisions are not always appreciated by publics that don’t have to take responsibility, as governments must do, for national security. Accordingly, it is extremely revealing and welcome that Arab publics might be also re-evaluating their formerly unconditional hostility to and hatred of Israel.

“We have had other signs of this sort of re-evaluation, such as comments in Arab social media applauding Israeli attacks upon Hezbollah and Iran installations in Syria.

“These developments also put paid to the long-running fantasy that the chief problem of the Middle East and the chief cause for its turbulence is the unresolved Israeli/Palestinian Arab issue, an argument we have been rebutting for years. The fact of the matter is that the threats from radical jihadist terrorist organizations and the threat from Iran are creating the realization in much of the Arab world that Israel is not the cause of the region’s problems. This is leading them to focus increasingly on the real threats and to work with Israel, however clandestinely or reluctantly, in opposing them.”

We would love to hear from you! Please fill out this form and we will get in touch with you shortly.
Trending Z
News March 27, 2018
ZOA Condemns U.S. State Dept. & U.S. Amb. Nides For Siding with Antisemitic, Discriminatory Palestinian & Hamas Terrorists re: the Temple Mount, Violating Jews’ Religious Freedom
News March 27, 2018
ZOA’s Klein JPost Op-Ed: There is Nothing Extreme About Israel’s New Government
Uncategorized March 27, 2018
FLASH: ISRAEL-JORDAN PEACE TREATY (1994) GUARANTEES JEWS ACCESS TO THE TEMPLE MOUNT – LET MY PEOPLE PRAY
Uncategorized March 27, 2018
ZOA Analysis: Most American Rabbis Who Are Boycotting Some Israeli Ministers Are From Extremist Left Wing Groups (J Street; T’ruah; JVP)
Center for Law & Justice
We work to educate the American public and Congress about legal issues in order to advance the interests of Israel and the Jewish people.
We assist American victims of terrorism in vindicating their rights under the law, and seek to hold terrorists and sponsors of terrorism accountable for their actions.
We fight anti-Semitism and anti-Israel bias in the media and on college campuses.
We strive to enforce existing law and also to create new law in order to safeguard the rights of the Jewish people in the United States and Israel.
Our Mission
ZOA STATEMENT
The ZOA speaks out for Israel – in reports, newsletters, and other publications. In speeches in synagogues, churches, and community events, in high schools and colleges from coast to coast. In e-mail action alerts. In op-eds and letters to the editor. In radio and television appearances by ZOA leaders. Always on the front lines of pro-Israel activism, ZOA has made its mark.
Related Articles
OP-ED ZOA Mourns Passing of Ariel Founder & Visionary, Ron Nachman