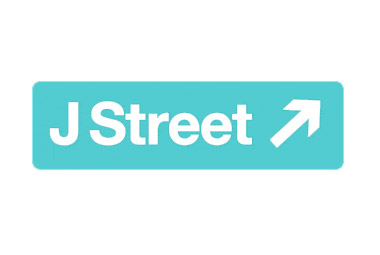 Harvard Law School Professor Alan Dershowitz summed it up best when he stated: “J Street is one of the most virulent anti-Israel organizations in the history of Zionism and Judaism.”

Indeed, at this year’s J Street conference, the head of the Palestine Liberation Organization (PLO)’s Washington office, Husam Zomlot, came right out and called the J Street audience the PLO’s “allies” – to thunderous applause.  (“Washington PLO Envoy Says J Street Members Are ‘Palestinian Allies’,” by Jonathan Greenberg, JNS, Apr. 18, 2018.)  That’s the same PLO whose main member organization, Fatah, brags about murdering more Jews than Hamas. (“Ahead of Elections, Fatah Brags of Killing 11,000 Israelis,” Times of Israel, Aug. 4, 2016.)  But, this openly admitted alliance with Israel’s enemies is unfortunately, hardly surprising:  J Street trips have even brought students to Ramallah to pay homage at the grave of Yasser Arafat – who was responsible for murdering and maiming thousands of Jewish men, women and children.

It is shameful that Senators Cardin (D-MD), Dick Durbin (D-IL), Bernie Sanders (D/Socialist-VT) spoke at this year’s J Street conference – joining the PLO head, as well as notorious anti-Israel NGOs including B’Tselem, Gisha and the misleadingly-named “Breaking the Silence,” who receive European funding to defame Israel at the UN and throughout the world.

“J-Street is not an organization with which I wish to be associated. . . . The [J-Street] decision to endorse the Palestinian and Arab effort to condemn Israel in the U.N. Security Council is not the choice of a concerned friend trying to help. It is rather the befuddled choice of an organization so open-minded about what constitutes support for Israel that its brains have fallen out. . . . [The Palestinian Authority] sent peace talks into a dead end. But astonishingly, it is Israel that J-Street would put in the stocks in the public square.”  (“Jewish Lawmaker Slams J Street for Position on Anti-Israel U.N. Resolution,” Fox News, Jan. 26, 2011.)

ZOA’s report documents, among other things:

We would love to hear from you! Please fill out this form and we will get in touch with you shortly.
Trending Z
Uncategorized April 19, 2018
FLASH: ISRAEL-JORDAN PEACE TREATY (1994) GUARANTEES JEWS ACCESS TO THE TEMPLE MOUNT – LET MY PEOPLE PRAY
Uncategorized April 19, 2018
ZOA Analysis: Most American Rabbis Who Are Boycotting Some Israeli Ministers Are From Extremist Left Wing Groups (J Street; T’ruah; JVP)
Uncategorized April 19, 2018
Israel’s “Right of Return” Grandparent Clause is De-Judaizing the Jewish State – Eliminate It
Uncategorized April 19, 2018
Exclusive: ZOA Accuses Ilhan Omar of Hating the U.S. ‘as Much as Israel,’ Lauds Kevin McCarthy for ‘Throwing Her Off the HFAC’
Center for Law & Justice
We work to educate the American public and Congress about legal issues in order to advance the interests of Israel and the Jewish people.
We assist American victims of terrorism in vindicating their rights under the law, and seek to hold terrorists and sponsors of terrorism accountable for their actions.
We fight anti-Semitism and anti-Israel bias in the media and on college campuses.
We strive to enforce existing law and also to create new law in order to safeguard the rights of the Jewish people in the United States and Israel.
Our Mission
ZOA STATEMENT
The ZOA speaks out for Israel – in reports, newsletters, and other publications. In speeches in synagogues, churches, and community events, in high schools and colleges from coast to coast. In e-mail action alerts. In op-eds and letters to the editor. In radio and television appearances by ZOA leaders. Always on the front lines of pro-Israel activism, ZOA has made its mark.
Related Articles
OP-ED BY: Morton A. Klein ZOA Applauds PM Netanyahu’s Promise To Stop Iran’s Nuclear Weapons Program, Even If It Has To Act Alone