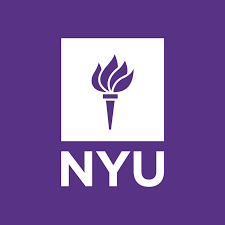 The Zionist Organization of America (ZOA) sent a detailed letter yesterday to New York University (NYU) President Andrew Hamilton, urging him to sanction two student groups – Students for Justice in Palestine (SJP) and Jewish Voice for Peace (JVP) – for organizing a coalition of at least 50 student groups to participate in a broad-based boycott of Israel.  Orchestrated by SJP and JVP, the coalition pledged to boycott NYU’s pro-Israel student clubs, Realize Israel and TorchPAC, by not co-sponsoring any events with them.

The ZOA condemned SJP’s and JVP’s campaign to marginalize, ostracize, and shun other NYU students simply because they support Israel, rather than SJP’s and JVP’s goal to harm and destroy the Jewish state.  “The obvious objective is to silence students who support Israel, who otherwise risk being isolated and blacklisted on campus,” the ZOA wrote to Hamilton.

“The obvious objective is to silence students who support Israel, who otherwise risk being isolated and blacklisted on campus,” the ZOA wrote to Hamilton.

The ZOA called on NYU’s president to:

(1) Publicly condemn SJP and JVP for coordinating this “campaign to intimidate, threaten and discriminate against other students simply because they do not support the destruction of Israel”;

(2) Publicly condemn as hateful, inflammatory and anti-Semitic the numerous anti-Israel falsehoods set out in the pledge that SJP and JVP orchestrated, including that Israel is engaging in a “brutal siege of Gaza” and that Israel is an “apartheid” state;

(3) Revoke SJP’s and JVP’s registered status because they are “purposefully marginalizing students who support Israel, and pitting other students against them, with the goal of silencing them in violation of their First Amendment freedoms and their other rights under NYU’s rules and policies and the law”;

(4) Issue a forceful directive to all the other student groups who joined this shameful coalition that the boycott campaign is permanently disbanded, and that they face sanctions if they clandestinely or informally support the campaign; and

(5) Issue an unequivocal public message that NYU opposes the anti-Israel BDS movement and any BDS efforts or initiatives targeting Israel.

Urging President Hamilton to exercise moral leadership, Morton A. Klein, ZOA’s National President; Susan B. Tuchman, Esq., Director of the ZOA’s Center for Law and Justice; and Leore Ben-David, Managing Director of ZOA Campus, said, “No student or student group should be bullied into silence.  President Hamilton must immediately stop these despicable new tactics being used by SJP and JVP so that NYU remains a place where everyone – including Jewish and Zionist students – feels safe and welcome.”

We would love to hear from you! Please fill out this form and we will get in touch with you shortly.
Trending Z
News April 19, 2018
ZOA Deplores that Pres. Trump Dined with Jew-Haters Kanye West & Nick Fuentes, and Demands he Condemn Them
News April 19, 2018
Newsweek Op-Ed by ZOA’s Mort Klein: ZOA Honoring Trump as the Greatest President Ever for Israel and American Jews
Uncategorized April 19, 2018
ZOA Honors Trump With Rarely Given Herzl Award for His Great Pro-Israel Work – Joins Ranks of Balfour, Truman, Begin, Meir, Ben-Gurion
Uncategorized April 19, 2018
Zionist Organization of America Honors Donald Trump for Support for Israel, Jewish Community
Center for Law & Justice
We work to educate the American public and Congress about legal issues in order to advance the interests of Israel and the Jewish people.
We assist American victims of terrorism in vindicating their rights under the law, and seek to hold terrorists and sponsors of terrorism accountable for their actions.
We fight anti-Semitism and anti-Israel bias in the media and on college campuses.
We strive to enforce existing law and also to create new law in order to safeguard the rights of the Jewish people in the United States and Israel.
Our Mission
ZOA STATEMENT
The ZOA speaks out for Israel – in reports, newsletters, and other publications. In speeches in synagogues, churches, and community events, in high schools and colleges from coast to coast. In e-mail action alerts. In op-eds and letters to the editor. In radio and television appearances by ZOA leaders. Always on the front lines of pro-Israel activism, ZOA has made its mark.
Related Articles
OP-ED BY: Morton A. Klein ZOA Applauds PM Netanyahu’s Promise To Stop Iran’s Nuclear Weapons Program, Even If It Has To Act Alone