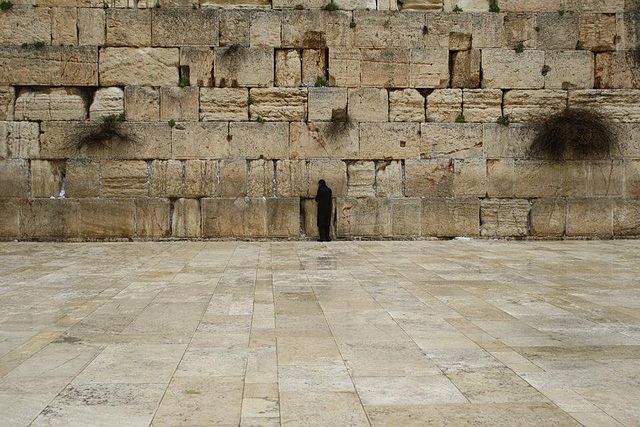 The ZOA would also like to give special recognition to: the Congressional leaders who spearheaded the Jerusalem Embassy Act of 1995 (working together with ZOA and Doug Feith): then-Senator Jon Kyl (R-AZ), then-Senator Bob Dole (R-KS), and then-Congressman Newt Gingrich (R-GA) – as well as to all the bipartisan members of Congress who passed this act almost unanimously (93 to 5 in the Senate; 374 to 37 in the House) – thereby assuring passage into law of the Jerusalem Embassy Act despite then-President Bill Clinton’s refusal to sign the bill. (It automatically became law in 30 days.)

It is now 3,022 years since King David entered Jerusalem to make it the capital of the Jewish kingdom.  Throughout subsequent dispersions, the Jewish  people maintained a presence in Jerusalem – some of us physically, and the remainder in our hearts and prayers.

ZOA would also like to thank pro-Israel Congressman and Florida gubernatorial candidate Ron DeSantis (R-FL) for convening the November 2017 Congressional hearing favoring relocating the embassy to Jerusalem (at which ZOA President Morton Klein testified), as well as all the other Congresspersons and witnesses at that vital hearing. Special thanks must also be given to Sheldon and Miri Adelson who worked tirelessly for years to help make this happen.

It is especially meaningful that President Trump and his administration’s important, moral and just action is occurring on this historic day – the seventieth anniversary of May 14, 1948 – the date of Israel’s reestablishment as a sovereign state; then-Israeli Prime Minister David Ben Gurion’s announcement of Israel’s Declaration of Independence; and then-U.S. President Harry Truman’s immediate recognition of the State of Israel.  Today’s U.S. embassy opening makes May 14th once again a major milestone in the history of the extraordinary and close relationship between America and Israel.

Israel’s Declaration of Independence notes that:  “Eretz Israel [the Land of Israel] was the birthplace of the Jewish people.  Here their spiritual, religious and political identity was shaped. . . . This right [the Jewish people’s right to establish their state, recognized by the United Nations] is the natural right of the Jewish people to be masters of their own fate, like all other nations, in their own sovereign State.”

Jerusalem is mentioned 700 times in Jewish holy books.  Jews pray for Jerusalem 20 times a day – and Jews pray facing Jerusalem.  The three major Jewish festivals – Passover, Shavuot and Sukkot – are all “pilgrimage festivals” – during which the Jews living in the Kingdom of Judah (Judea) made pilgrimages to the Temple in Jerusalem.  Still today, we conclude the Passover service with “Next year in Jerusalem!”  At every Jewish wedding ceremony, we break a glass to remember the destruction of the Jewish Temple in Jerusalem.  The famous Jewish prayer (Psalm 137) written after the destruction of the first Temple in Jerusalem, expresses the longing of the Jewish people to return home to Jerusalem:

“By the rivers of Babylon, there we sat down, yea, we wept, when we remembered Zion. . . If I forget thee, O Jerusalem, let my right hand forget her skill. If I do not remember thee, let my tongue cleave to the roof of my mouth; if I prefer not Jerusalem above my chief joy.”

By contrast, Jerusalem is never mentioned in the Islamic Koran, and Muslims pray facing Mecca and make their pilgrimage – the Haj – to Mecca.  Mohammed never visited Jerusalem; nor have most Arab leaders – even when the Jordanians captured the eastern portion of Jerusalem in 1948 and illegally occupied it for 19 years. Under Arab rule, Jerusalem became a slum with almost no utilities. Mecca and Medina are the holy cities to Muslims; not Jerusalem.  They have a holy mosque there, the city is not holy to Muslims.

As ZOA President Morton Klein testified this at the Congressional hearing this past November, today’s opening of the relocated U.S. Embassy in Jerusalem strengthens American security and enhances worldwide respect for America by demonstrating the U.S. can be counted on to keep her commitments to her allies, and that America will not be intimidated and show weakness by appeasing radical Islamist threats.

Today, like all other nations, Israel’s capital will be the home of the U.S. Embassy and embassies of more and more countries, who are following the wonderful example of the Trump administration.

“Kol Hakavod” (all honor) and appreciation to President Trump, his administration and members of Congress for bringing about this wonderful and historic moment.

We would love to hear from you! Please fill out this form and we will get in touch with you shortly.
Trending Z
Uncategorized May 14, 2018
FLASH: ISRAEL-JORDAN PEACE TREATY (1994) GUARANTEES JEWS ACCESS TO THE TEMPLE MOUNT – LET MY PEOPLE PRAY
Uncategorized May 14, 2018
ZOA Analysis: Most American Rabbis Who Are Boycotting Some Israeli Ministers Are From Extremist Left Wing Groups (J Street; T’ruah; JVP)
Uncategorized May 14, 2018
Israel’s “Right of Return” Grandparent Clause is De-Judaizing the Jewish State – Eliminate It
Uncategorized May 14, 2018
Exclusive: ZOA Accuses Ilhan Omar of Hating the U.S. ‘as Much as Israel,’ Lauds Kevin McCarthy for ‘Throwing Her Off the HFAC’
Center for Law & Justice
We work to educate the American public and Congress about legal issues in order to advance the interests of Israel and the Jewish people.
We assist American victims of terrorism in vindicating their rights under the law, and seek to hold terrorists and sponsors of terrorism accountable for their actions.
We fight anti-Semitism and anti-Israel bias in the media and on college campuses.
We strive to enforce existing law and also to create new law in order to safeguard the rights of the Jewish people in the United States and Israel.
Our Mission
ZOA STATEMENT
The ZOA speaks out for Israel – in reports, newsletters, and other publications. In speeches in synagogues, churches, and community events, in high schools and colleges from coast to coast. In e-mail action alerts. In op-eds and letters to the editor. In radio and television appearances by ZOA leaders. Always on the front lines of pro-Israel activism, ZOA has made its mark.
Related Articles
OP-ED BY: ZOA Staff ZOA Condemns Kerry For Supporting Iran’s Outrageous Demands Despite Violations