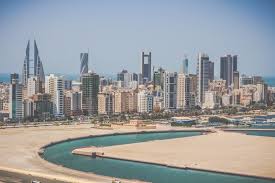 The ZOA thanks and praises Arab/Muslim country of Bahrain and Bahraini Foreign Minister Khalid bin Ahmed Al Khalifa for standing up for Israel’s right to defend herself from Iran’s forces and missiles.

At the ZOA Washington Mission Congressional luncheon on Wednesday (May 9), Senator Ted Cruz said, half-jokingly, that maybe former President Obama deserved the Nobel Peace Prize retroactively, because by agreeing to the catastrophic Iran deal, Obama achieved the incredible feat of getting Israel and the Arab states together, to agree on the dangers of Iran.  Later that same day, Iran’s Revolutionary Guards’ Quds Force shot 20 Iranian Grad and Fajr-5 rockets at Israel, some of which were intercepted by Israel’s Iron Dome system; the rest fell short of Israeli territory.  Israel promptly defended herself by hitting more than 50 Iranian targets in Syria, including the vehicle from which the Iranian Quds force had launched the rockets at Israel.  (“Israel Attacks More Than 50 Iranian Targets In Syria After Iran Targets Israeli Bases,” Yoav Zitun, Reuters, YNet News, Mar. 10, 2018.)

The very next day, we saw a great example of the Arab-Israeli agreement that Senator Cruz had spoken about: Bahrain’s Foreign Minister Khalid bin Ahmed Al Khalifa tweeted that so long as Iran uses its forces and missiles to try and destabilize the region, “it is the right of any country in the region, including Israel, to defend itself by destroying sources of danger.”  (See @khalidalkhalifa– May 10, 2018 tweet; and “Bahrain: Israel Has ‘Right’ to Respond to Iran,” YNet News (with AP & Reuters), May 10, 2018.)  The ZOA praises Bahrain and Minister Al Khalifa for recognizing Israel’s right to defend herself.

Bahrain’s Foreign Minister Khalid bin Ahmed Al Khalifa tweeted that so long as Iran uses its forces and missiles to try and destabilize the region, “it is the right of any country in the region, including Israel, to defend itself by destroying sources of danger.”

In addition, Minister Khalifa issued a series of tweets supporting the withdrawal from the Iran deal including:

“The Iranian nuclear agreement . . . was a flawed agreement that unleashed the hands of Iran to tamper with the security and stability of the region.  And today it fell and thank God.”  (@khalidalkhalifa, May 8.)

“Iran says the United States is denouncing the vows! We have many treaties with the United States dating back long decades and none [were broken].  We saw the reversal of vows and lies and conspiracy from the untrusting Iranian regime.”  (@khalidalkhalifa, May 8.)

“Bahrain supports and welcomes a great leadership stance by President Donald Trump in favor of the security and stability of the world by withdrawing from Iran’s nuclear agreement and tightening the sanctions on the Iranian regime.”  (@khalidalkhalifa, May 8.)

We would love to hear from you! Please fill out this form and we will get in touch with you shortly.
Trending Z
News May 17, 2018
ZOA Condemns U.S. State Dept. & U.S. Amb. Nides For Siding with Antisemitic, Discriminatory Palestinian & Hamas Terrorists re: the Temple Mount, Violating Jews’ Religious Freedom
News May 17, 2018
ZOA’s Klein JPost Op-Ed: There is Nothing Extreme About Israel’s New Government
Uncategorized May 17, 2018
FLASH: ISRAEL-JORDAN PEACE TREATY (1994) GUARANTEES JEWS ACCESS TO THE TEMPLE MOUNT – LET MY PEOPLE PRAY
Uncategorized May 17, 2018
ZOA Analysis: Most American Rabbis Who Are Boycotting Some Israeli Ministers Are From Extremist Left Wing Groups (J Street; T’ruah; JVP)
Center for Law & Justice
We work to educate the American public and Congress about legal issues in order to advance the interests of Israel and the Jewish people.
We assist American victims of terrorism in vindicating their rights under the law, and seek to hold terrorists and sponsors of terrorism accountable for their actions.
We fight anti-Semitism and anti-Israel bias in the media and on college campuses.
We strive to enforce existing law and also to create new law in order to safeguard the rights of the Jewish people in the United States and Israel.
Our Mission
ZOA STATEMENT
The ZOA speaks out for Israel – in reports, newsletters, and other publications. In speeches in synagogues, churches, and community events, in high schools and colleges from coast to coast. In e-mail action alerts. In op-eds and letters to the editor. In radio and television appearances by ZOA leaders. Always on the front lines of pro-Israel activism, ZOA has made its mark.
Related Articles
OP-ED BY: ZOA Staff ZOA Condemns Kerry For Supporting Iran’s Outrageous Demands Despite Violations