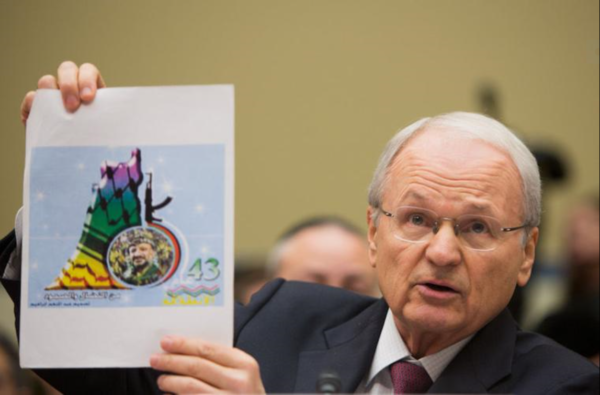 Morton Klein, national president of the Zionist Organization of America (ZOA), will be the featured speaker at a Shabbat program hosted by Nusach Hari B’nai Zion congregation May 26. Klein, known for his outspoken views on Israel, will discuss, “The Orwellian Lies About Jerusalem, Settlements and Occupation.”

Klein is widely known as a passionate advocate for the State of Israel. He is the child of German-Jewish Holocaust survivors, having been born in a displaced persons camp in Gunzberg, Germany. He is an economist who served in the Nixon, Ford and Carter administrations. He also has served as a biostatistician at the UCLA School of Public Health and the Linus Pauling Institute of Science and Medicine in Palo Alto, Calif., having worked closely with two-time Nobel Laureate Linus Pauling. He has been a lecturer in mathematics and statistics at Temple University.

Klein has also been in the news recently after three fellow members of the Conference of Presidents of American Jewish Organizations filled a formal complaint against him, alleging that he has “defamed” them in violation of a policy of the group of 50 national Jewish organizations. Klein has denied the charge, stating that the ZOA has been defamed by those lodging the complaint.

The Jewish Light caught up with Klein for an interview prior to his St. Louis talk. Klein was preparing to travel to Jerusalem to be part of the United States delegation there to celebrate President Donald Trump’s recognition of Jerusalem as Israel’s capital and to move the U.S. Embassy to Israel to Jerusalem from Tel Aviv.

Hamas is calling this the “March of Return,” and what it wants is the destruction of Israel.

What is your—and the ZOA’s response — to Trump’s decision to pull out of the Iran nuclear deal? Why has ZOA opposed the deal from the very beginning of the negotiations under the Obama Administration?

(Under the deal) Iran gave soil samples to the International Atomic Energy Agency (IAEA). We don’t want Iran giving the soil samples. Who knows if the samples are tampered with by Iran?

In addition, we gave $150 billion in cash to Iran—up front. Why give that money up front? We are still waiting to see if Iran will be in true compliance with the deal or not. Obama also ended the sanctions against Iran — up front.

So Iran got all the benefits up front, and what’s worse, the deal has a sunset clause meaning that in 12-13 years Iran will no longer have any obligation to fulfill their agreements. This means that the deal puts Iran on the pathway to nuclear weapons. It guarantees it.

The United States was the strong party in the negotiations and Iran was the weak party. Iran’s economy was collapsing and we made every concession we could to help Iran. And the deal also weakens Israel in the region. This deal was a catastrophe from the beginning.

Does Trump’s decision to recognize Jerusalem as Israel’s capital and to move the U.S. Embassy there place him alongside Harry Truman as one of the most steadfast supporters of Israel among U.S. Presidents?

I would say already, President Trump has shown that he is the greatest friend of Israel of any President we have ever had. He’s made mistakes and we (ZOA) have criticized him for some of the things he has done, but overall, he has supported Israel’s position on the Iran deal; publicly defended Israel’s right to defend itself, fighting radical Islamic terrorism, destroying ISIS. And of course, Trump’s decision on recognizing Jerusalem as Israel’s capital and moving our embassy there. Trump has made some mistakes and said some outrageous things, but his bottom line policies have been great, and that is what I care about.

What do you make of the recent speech by Palestinian Authority President Mahmoud Abbas accusing Jews of causing the Holocaust through their financial dealings — a classic anti-Semitic canard — and his later apology?

I just wrote an op-ed for Breitbart on this topic. I ask why the shock over the anti-Semitic speech by Abbas? Abbas has been an anti-Semite since the days when he was founding the terror group Fatah, a co-founder with Yasser Arafat. For all the years Abbas has been head of the Palestinian Authority, he has been an anti-Semite and Holocaust denier. He has made speeches urging violence against Jews, urging Arabs to kill Jews, saying he’ll never accept Israel as a Jewish State, saying no Jew will be allowed in Palestine once they have a state.

How do you think Israel is handling the Gaza border violence and what do you think needs to be done to bring the violence to an end?

Israel is so frightened of the world’s response that it has responded to the Hamas rioting from Gaza with minimum force. Any other country if this happened, they would be mowing them down. Hamas is calling this the “March of Return,” and what it wants is the destruction of Israel. These are violent riots with Hamas sending kites set on fire into Israel. Israel has shown enormous restraint. I think they should be much stronger.

The original article was posted in the Saint Louis Jewish Paper and can be found here.

We would love to hear from you! Please fill out this form and we will get in touch with you shortly.
Trending Z
News May 24, 2018
New Biden Nominees Opposed Abraham Accords & Involved in Israeli Election Interference
Uncategorized May 24, 2018
ZOA Letter to DOJ & FBI on New “Mapping Project” Antisemitic Threat by ZOA Pres. Morton Klein, Dir. of Research/Special Projects Liz Berney, Esq., Dir. Center for Law & Justice Susan Tuchman, Esq.
News May 24, 2018
ZOA’s Condemnation of Black Lives Matter Defended by JNS’ Tobin: Jews Supporting BLM Empowered Antisemitism
Op-Ed May 24, 2018
ZOA’s Mort Klein JPost Op-Ed: BDS Mapping Project Targets Every Jew, Including Left Wing, Israelophobic Jews
Center for Law & Justice
We work to educate the American public and Congress about legal issues in order to advance the interests of Israel and the Jewish people.
We assist American victims of terrorism in vindicating their rights under the law, and seek to hold terrorists and sponsors of terrorism accountable for their actions.
We fight anti-Semitism and anti-Israel bias in the media and on college campuses.
We strive to enforce existing law and also to create new law in order to safeguard the rights of the Jewish people in the United States and Israel.
Our Mission
ZOA STATEMENT
The ZOA speaks out for Israel – in reports, newsletters, and other publications. In speeches in synagogues, churches, and community events, in high schools and colleges from coast to coast. In e-mail action alerts. In op-eds and letters to the editor. In radio and television appearances by ZOA leaders. Always on the front lines of pro-Israel activism, ZOA has made its mark.
Related Articles
OP-ED BY: Daniel Swindell African-American ZOA Campus Staffer’s Experience of African Child Soldiers, Made Him a Zionist

Pro-Israel organizations had mixed reactions to president-elect Donald Trump’s choice for secretary of state, ExxonMobil CEO Rex Tillerson, who has spent years forging deep ties with Sunni Arab Gulf states but has an unknown record when it comes to Israel. “Mr. Tillerson has distinguished himself in the management of one of the world’s premier corporations. […]