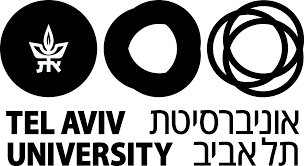 Students at TAU’s Humanities Faculty aptly said that they were ashamed of TAU’s action; that “This is merely another episode of the university’s continuous and unjust capitulation to the Arab student population“; and that “Hatikvah is the national anthem of both Jewish and Arab citizens living in Israel. . . . Whoever is unhappy about our anthem is welcome to study elsewhere.”  (Id.)

Last year, a similar problem arose with Hebrew University’s Humanities Faculty.  Its dean (Prof. Dror Wahrman) decided not to play Hatikva at their graduation for the same senseless reasons.   Israeli Prime Minister Benjamin Netanyahu correctly noted that the decision not to play Hatikva there was “shameful,” and that “This is the peak of subservience, the opposite of national pride.  We are proud of our country, our flag, our national anthem, and this only reinforces my decision to pass the nation state bill that we are advancing in order to anchor in law the national symbols that are so dear to us.”  (“Hebrew U Under Fire For Refusal To Play National Anthem At Graduation,” by Lidar Gravé-Lazi, Jerusalem Post, May 18, 2017.)

The banning of HaTikvah promotes the fallacious notion that Israel must cast off her Jewish identity. The same notion is never invoked regarding the majority of the world’s democratic nations (as well as its non-democratic nations) that maintain a religious and/or ethnic identity.

As former U.S. Undersecretary of Defense Douglas Feith wrote: “most democracies . . . have laws and practices that specially recognize a particular people’s history, language, culture, religion and group symbols, even though they also have minorities from other groups. . . . Israel was founded as a national home for the Jews, recognized as a nationality and not just a religious group. . .  .  Arabs . . . would exercise national self-determination over time in Syria, Lebanon, Mesopotamia (now Iraq), Arabia and elsewhere. . . . . After World War I, numerous ethnic groups achieved statehood. It was not considered antidemocratic that the Hungarians or Poles, for example, should establish nations to embody and sustain their particular cultures. All democratic countries have minority populations. Such countries do not believe that they have to shed their national ethnic identities in order to respect the civil, property and other basic human rights of their minority citizens.”  (“Can Israel Be Jewish and Democratic?,” by Douglas J. faith, Wall Street Journal, Oct. 25, 2010.)

Some national anthems directly criticize those of another faith, nationality or ethnicity.  For instance, Romania’s national anthem, “Awaken Romanian!” includes the verses:

“Wake up, Romanian, from the sleep of death, Into which you have been sunk by the barbaric tyrants. . . .

Now or never let us give proof to the world, That in these veins a Roman blood still flows,

Now the knout [Russian whip] is intruding in our ancestral homes,

But the Lord is our witness that we shall not accept it alive.

The scourge of inauspicious barbarian tyrannies. . .

Priests, with the Cross before you, as the army is Christian . . .

Than be enslaved again in our ancestral homeland.”

“Remember, through my joy, each martyr.

Clothe him with the shining mantles of our festivals.”

Norway’s national anthem includes the lyrics: “upon the country Olav painted with his blood the cross,” – a reference to King Olaf II of Norway, (995 –1030), whose posthumous sainthood encouraged widespread adoption of Christianity.  Norway’s anthem also includes lines about speaking up against Rome, and “Farmers their axes sharpened, wherever an army advanced.”

South Sudan’s national anthem includes the lines: “Let us stand up in silence and respect,

Saluting our martyrs whose blood, Cemented our national foundation.”

Many national anthems (including many of those celebrating martyrs, etc.) are highly militaristic.  France’s national anthem, La Marseillaise, includes lines such as:

“Arise, children of the Fatherland, The day of glory has arrived!

Against us, tyranny’s Bloody standard is raised, (repeat)

Do you hear, in the countryside, The roar of those ferocious soldiers?

They’re coming right into your arms, To cut the throats of your sons, your women!

To arms, citizens, Form your battalions,

What does this horde of slaves, Of traitors and conspiring kings want?

For whom have these vile chains, These irons, been long-prepared? (repeat)

Frenchmen, for us, ah! What outrage, What furious action it must arouse!

It is to us they dare plan, A return to the old slavery!

What! Foreign cohorts Would make the law in our homes!

What! These mercenary phalanxes, Would strike down our proud warriors! (repeat)

Great God! By chained hands, Our brows would yield under the yoke!

Vile despots would have themselves become, The masters of our destinies!

By contrast, Israel’s national anthem contains none of the gore, militarism, or criticisms of other ethnicities and faiths that are a mainstay in many other nations’ anthems.

HaTikvah simply and tenderly captures the essence of the millenia of Jewish yearning to live in freedom in Zion and our ancient capital Jerusalem:

“As long as the Jewish spirit is yearning deep in the heart,

With eyes turned toward the East, looking toward Zion,

Then our hope – the two-thousand-year-old hope – will not be lost:

To be a free people in our land,

The land of Zion and Jerusalem.”

The original HaTikvah poem, “Tikvatenu” (our hope), was written by Naftali Herz Imber in 1878, before the city of Tel Aviv was established.  The poem referred to Jerusalem as “Ir David,” City of David, for King David, who ruled the ancient Jewish kingdom from Jerusalem from approximately 1010 to 970 B.C.E.

If the Jewish people had not longed to once again become a free people in the Jewish land, there would be no Israel, no Tel Aviv, and no Tel Aviv University.  It is shameful for TAU’s Humanities Faculty to censor Israel’s beautiful, meaningful anthem – which expresses the sentiments to which they owe their very existence.

We would love to hear from you! Please fill out this form and we will get in touch with you shortly.
Trending Z
News June 13, 2018
ZOA Condemns U.S. State Dept. & U.S. Amb. Nides For Siding with Antisemitic, Discriminatory Palestinian & Hamas Terrorists re: the Temple Mount, Violating Jews’ Religious Freedom
News June 13, 2018
ZOA’s Klein JPost Op-Ed: There is Nothing Extreme About Israel’s New Government
Uncategorized June 13, 2018
FLASH: ISRAEL-JORDAN PEACE TREATY (1994) GUARANTEES JEWS ACCESS TO THE TEMPLE MOUNT – LET MY PEOPLE PRAY
Uncategorized June 13, 2018
ZOA Analysis: Most American Rabbis Who Are Boycotting Some Israeli Ministers Are From Extremist Left Wing Groups (J Street; T’ruah; JVP)
Center for Law & Justice
We work to educate the American public and Congress about legal issues in order to advance the interests of Israel and the Jewish people.
We assist American victims of terrorism in vindicating their rights under the law, and seek to hold terrorists and sponsors of terrorism accountable for their actions.
We fight anti-Semitism and anti-Israel bias in the media and on college campuses.
We strive to enforce existing law and also to create new law in order to safeguard the rights of the Jewish people in the United States and Israel.
Our Mission
ZOA STATEMENT
The ZOA speaks out for Israel – in reports, newsletters, and other publications. In speeches in synagogues, churches, and community events, in high schools and colleges from coast to coast. In e-mail action alerts. In op-eds and letters to the editor. In radio and television appearances by ZOA leaders. Always on the front lines of pro-Israel activism, ZOA has made its mark.
Related Articles
OP-ED ZOA Criticizes Kerry’s Absurd Statements Blaming Israel for Increased Instability

Zionist Organization of America (ZOA) President Morton A. Klein released the following statement: Egyptian Muslim President Gen. Abdul Fateh al-Sisi’s address to Egypt’s religious leaders at Al-Azhar University (the most important Islamic University in the world) on January 1, 2015, calling for Muslim religious officials to lead a “religious revolution” to stop Muslims throughout the […]