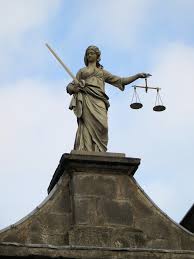 The Zionist Organization of America praises the U.S. Supreme Court’s decision in Trump v. Hawaii, (No. 17–965, June 26, 2018), upholding President Trump’s Proclamation (No. 9645, issued Sept. 27, 2018).   The Proclamation, also known as the “travel ban,” and inaccurately called the “Muslim ban” suspended entry from eight countries (Iran, Libya, Syria, Somalia, Chad, Yemen, North Korea and Venezuela) that do not share information needed to vet immigrants, and/or that present other risks to Americans’ safety.  (Chad was afterwards removed from the list.)

ZOA is honored to see that the U.S. Supreme Court’s majority decision, by Chief Justice Roberts, featured the result of ZOA’s written analysis in ZOA’s Amicus Brief submitted ​in support of President Trump’s Proclamation, demonstrating that only 8% of the world’s Muslims live in countries affected by the Proclamation. Only 5, out of over 50 Muslim majority countries, are affected by the travel ban.

ZOA Showed only 8% of Muslims affected.. ZOA’s amicus brief also quoted extensive testimony from Obama administration officials and other bi-partisan and international experts that on-the-ground presence is the hallmark of adequate vetting – and is lacking in the countries affected by the travel ban.

“The Proclamation is expressly premised on legitimate purposes: preventing entry of nationals who cannot be adequately vetted and inducing other nations to improve their practices. The text says nothing about religion. Plaintiffs and the dissent nonetheless emphasize that five of the seven nations currently included in the Proclamation have Muslim-majority populations. Yet that fact alone does not support an inference of religious hostility, given that the policy covers just 8% of the world’s Muslim population and is limited to countries that were previously designated by Congress or prior administrations as posing national security risks.”

ZOA’s amicus brief in support of President Trump, written by ZOA’s Special Projects Director Elizabeth Berney, Esq., explained that the Proclamation was not a “Muslim ban” because the Proclamation affected only six (now only 5) out of at least 50 majority Muslim countries, comprising only 8 percent of the world’s Muslim population, meaning that 92% of the world’s Muslims would remain eligible to legally enter the US.  The Proclamation affects only one (Iran) of the 10 countries having the most Muslims.  Moreover, the recent exclusion of Chad, and the travel order’s many other exclusions and exceptions further reduced the percentage of Muslims affected to below 8%.  (ZOA Amicus Br., pages 4-10.)

The statistics set forth in ZOA’s amicus brief were based on the most reliable population data available: the 2018 CIA World Fact Book and Pew Research Center population studies.  Ms. Berney explained:

“I had noticed a Pew Research Center analysis last year, which concluded that only 12% of the world’s Muslim population lived in the countries affected by President Trump’s first travel ban executive order (“EO-1”).  I realized that the percentage would be even lower now, because fewer Muslim majority countries were affected by the new Proclamation.  The new travel ban excluded Iraq and Sudan, which have 4% of the world’s Muslim population.  Based on Pew population studies and the CIA World Fact Book, I assembled an Excel spread sheet of every world nation’s Muslim and total population figures in 2010 and 2017.  The key results are in a chart in ZOA’s amicus brief (at page 6). ZOA’s analysis and conclusion that 8% of the world’s Muslims were in countries affected by the Proclamation, was consistent with the Pew Research Center’s analysis of EO-1.”

In addition, ZOA’s amicus brief described other important factors justifying suspending entry from the affected countries:  Iran, Syria and North Korea are designated state sponsors of terrorism.   In all five currently affected Muslim majority nations subject to the ban (Iran, Somalia, Syria, Yemen and Libya), there is no functioning U.S. embassy.  Violence and terror caused still-continuing closures of the U.S. embassies in all these countries, resulting in a lack of on-the-ground presence, which makes proper vetting virtually impossible.  (ZOA Amicus Br., pages 10-15.)  ZOA’s amicus brief quoted extensive testimony from Obama administration officials and other bi-partisan and international experts that on-the-ground presence is the hallmark of adequate vetting – and is lacking in the countries affected by the travel ban. (ZOA Amicus Br., pages 16-29.)

ZOA’s amicus brief also discussed the fact that the travel ban comports with our most cherished Jewish and American values of protecting the safety of all of America’s residents, including vulnerable groups such as Jews, Christians, gays and women. ZOA’s amicus brief also demonstrated that the travel ban is not analogous to WW II restrictions.  (pages 30-39.) ZOA’s amicus brief further explained that the Proclamation is akin to President Carter’s 1979 executive order banning Iranian nationals, in light of Iran’s continuing terror attacks and threats to the United States.  (pages 10-15)

ZOA is pleased and proud that ZOA’s analysis and amicus brief appears to have played a role in the Supreme Court’s excellent decision protecting the safety of all Americans.

We would love to hear from you! Please fill out this form and we will get in touch with you shortly.
Trending Z
News July 5, 2018
ZOA Condemns U.S. State Dept. & U.S. Amb. Nides For Siding with Antisemitic, Discriminatory Palestinian & Hamas Terrorists re: the Temple Mount, Violating Jews’ Religious Freedom
Uncategorized July 5, 2018
FLASH: ISRAEL-JORDAN PEACE TREATY (1994) GUARANTEES JEWS ACCESS TO THE TEMPLE MOUNT – LET MY PEOPLE PRAY
Uncategorized July 5, 2018
ZOA Analysis: Most American Rabbis Who Are Boycotting Some Israeli Ministers Are From Extremist Left Wing Groups (J Street; T’ruah; JVP)
Uncategorized July 5, 2018
Israel’s “Right of Return” Grandparent Clause is De-Judaizing the Jewish State – Eliminate It
Center for Law & Justice
We work to educate the American public and Congress about legal issues in order to advance the interests of Israel and the Jewish people.
We assist American victims of terrorism in vindicating their rights under the law, and seek to hold terrorists and sponsors of terrorism accountable for their actions.
We fight anti-Semitism and anti-Israel bias in the media and on college campuses.
We strive to enforce existing law and also to create new law in order to safeguard the rights of the Jewish people in the United States and Israel.
Our Mission
ZOA STATEMENT
The ZOA speaks out for Israel – in reports, newsletters, and other publications. In speeches in synagogues, churches, and community events, in high schools and colleges from coast to coast. In e-mail action alerts. In op-eds and letters to the editor. In radio and television appearances by ZOA leaders. Always on the front lines of pro-Israel activism, ZOA has made its mark.
Related Articles
OP-ED ZOA Critical of Aspects of Obama’s State Of The Union Address