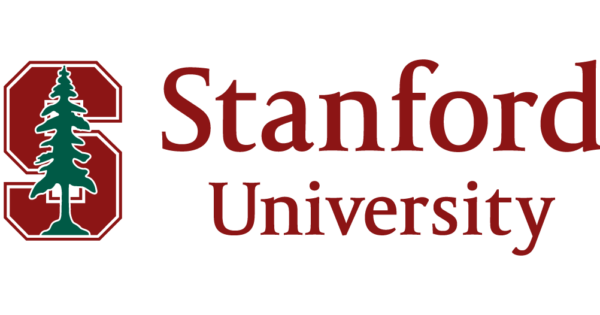 We wrote to you on July 24, calling for Hamzeh Daoud’s immediate expulsion from Stanford University after he violently threatened Jewish, Israeli and pro-Israel students on Facebook.  Based on his Facebook post – including after he tried to tone it down – the post could reasonably be interpreted as Daoud intending to kill Jews or anyone supporting Israel.  It was deeply troubling that we and others in the Jewish and pro-Israel community did not receive a response to the concerns we raised.

Now we are even more troubled by the statement that Stanford issued last Friday.  The university not only failed to expel Daoud for his menacing post.  It imposed no punishment whatsoever, simply allowing Daoud to decide for himself to step down from his staff position as a resident assistant (RA).  Indeed, nowhere in the statement does Stanford even condemn Daoud’s conduct, even though it violates Stanford’s own rules and policies.

Daoud has made it crystal clear from his numerous social media posts that he not only does not respect the right of Jews, Israelis, and Zionists to love and support the Jewish state.  Daoud openly despises these individuals and rejects their right to hold and express their views.

We renew our call for Stanford to expel Daoud.  He has repeatedly engaged in threatening behavior toward Jews, Israelis and pro-Israel students.  When faced with conduct that created a hostile environment for other targeted students, Stanford cracked down and held wrongdoers accountable.  The university must take the threats to Jews, Israelis and pro-Israel students just as seriously.

Shockingly, Stanford did not see through and condemn Daoud’s attempt to justify his wrongdoing. He claimed that his recent threatening Facebook post was the result of some “trans-generational trauma” he allegedly suffered as the result of a new law in Israel that he falsely contends “adversely affects Palestinians.”  As the university should know, Daoud’s claim is absurd.

He is plainly referring to Israel’s new nation-state law. But the law has no impact on the rights of Palestinians or anyone else in Israel.  Israel has been a Jewish state since it declared its independence in 1948.  Israel was then, and still is, a democracy where all citizens have equal rights and protections under the law.

Daoud’s claim is specious for a second reason: His recent Facebook threat to Jews, Israelis and Zionists was hardly his first.  Even before the new Israeli law and Daoud’s alleged “trauma,” he posted other frightening messages on social media that threatened Jews, Israelis and pro-Israel students.

These chilling messages were documented by Attorney Jerome Marcus, who wrote to you on July 31 as counsel to a Jewish and Zionist undergraduate student at Stanford.  Mr. Daoud craftily tried to conceal his other social media posts, but some of them were retrievable, including this one:  “f—k your liberal zionist ass.  f—k your Jewish state.  and fuck the notion that makes you believe that the resiliance [sic] and beauty that embodies judaism, jewish people, and the jewish religion is Israel.  Israel is a state that needs to be dismantled.  Any other opinion is complicity.”

Mr. Marcus’ letter also pointed out how strongly the university responded when other groups were targeted.  As just one among several examples, Stanford suspended the housing privileges of Sigma Alpha Epsilon in 2015, because some of the fraternity’s members had made offensive public statements about women.

Had Daoud threatened to fight women, or African Americans, or gays, and to “abolish their asses” – a threat against “Zionists” that he never retracted – it is a virtual certainty that Stanford would have forcefully and publicly condemned the conduct and punished Daoud.  The university would not have allowed him to decide on his own consequence, nor would it have indulged him as an alleged victim, rather than the intolerant and menacing hater he has shown himself to be.

As we pointed out in our July 24th letter, Stanford’s own rules require that Daoud be punished, and the rules contemplate that the punishment should be expulsion.  The Fundamental Standard required students “to respect and uphold the rights and dignity of others regardless of race, color, national or ethnic origin,” among other protected categories.  The Fundamental Standard also requires students to “uphold the integrity of the university as a community of scholars in which free speech is available to all . . . .”

Daoud has made it crystal clear from his numerous social media posts that he not only does not respect the right of Jews, Israelis, and Zionists to love and support the Jewish state.  Daoud openly despises these individuals and rejects their right to hold and express their views.

Daoud’s decision to step down from his RA position was a no-brainer and the very least he had to do.  No one could possibly imagine that any Jewish or Israeli student – or any student who did not share Daoud’s hateful views – could feel safe, let alone welcome, living in a dorm under his supervision.  But the university must do more: It must clearly and forcefully publicly condemn Daoud’s actions. And it must expel him for the safety and security of those in the Stanford community who justifiably feel physically and emotionally threatened and unsafe as a result of his actions.

You have a moral obligation to protect all your students. And you have a legal obligation under Title VI of the Civil Rights Act to ensure a non-hostile learning environment for Jewish and Israeli students.

We also urge you to include the ZOA in the “resources” the university claims to be engaging as it moves forward after Daoud’s latest threat.  The managing director of the ZOA’s campus department is located in California; one of our campus professionals and our west coast regional director are both in northern California.  They are all well-equipped to work with Stanford to ensure that Jewish, Israeli and pro-Israel students are afforded the safe and welcoming environment that every student deserves.

We look forward to your response. Many parents, alumni and community members are deeply distressed by Stanford’s weak response and are expecting more.

We would love to hear from you! Please fill out this form and we will get in touch with you shortly.
Trending Z
Uncategorized August 6, 2018
ZOA Analysis: Most American Rabbis Who Are Boycotting Some Israeli Ministers Are From Extremist Left Wing Groups (J Street; T’ruah; JVP)
Uncategorized August 6, 2018
ZOA: Israel’s Reasonable Judicial Reform Proposals Are Good for Democracy, the Rule of Law and the Economy
News August 6, 2018
ZOA is Disappointed, Offended and Frightened by 211 U.S. House Votes Supporting Jew-Hating, Israel-Hating Rep. Ilhan Omar
Uncategorized August 6, 2018
Israel’s “Right of Return” Grandparent Clause is De-Judaizing the Jewish State – Eliminate It
Center for Law & Justice
We work to educate the American public and Congress about legal issues in order to advance the interests of Israel and the Jewish people.
We assist American victims of terrorism in vindicating their rights under the law, and seek to hold terrorists and sponsors of terrorism accountable for their actions.
We fight anti-Semitism and anti-Israel bias in the media and on college campuses.
We strive to enforce existing law and also to create new law in order to safeguard the rights of the Jewish people in the United States and Israel.
Our Mission
ZOA STATEMENT
The ZOA speaks out for Israel – in reports, newsletters, and other publications. In speeches in synagogues, churches, and community events, in high schools and colleges from coast to coast. In e-mail action alerts. In op-eds and letters to the editor. In radio and television appearances by ZOA leaders. Always on the front lines of pro-Israel activism, ZOA has made its mark.
Related Articles
OP-ED ZOA Mourns Passing of Ariel Founder & Visionary, Ron Nachman