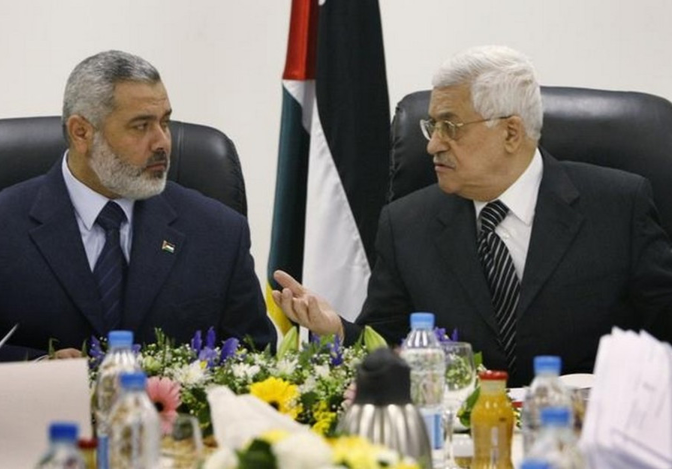 ZOA is compelled to again urge StandWithUs (SWU) to correct a serious falsehood, which they’ve now repeated on their website, in a suggested sample letter.  The StandWithUs letter falsely states that “Israel does not oppose the notion of an independent Palestinian state, and officially supports the two-state solution.” (See “ZOA: Urgent Correction By StandWithUs Needed: SWU Wrongly Claims Israel Supports a Palestinian State in Sample Letter Against Colombia Recognizing Pal. State,” Aug. 12, 2018.)

ZOA is dismayed to see that instead of correcting this serious error after being notified, StandWithUs is now ignoring the truth and is doubling down and is repeating this erroneous claim in a new StandWithUs website post that Israeli policy supports a Palestinian state.  StandWithUs’s claim is based on old, no-longer-relevant, abandoned statements and a single, very misleading poll.  StandWithUs’s false claim is extremely harmful, especially when one is seeking to have the Colombian government reverse its sudden recognition of a Palestinian state and when Israel is trying to convince the world to oppose the establishment of a Palestinian Arab State because of its serious danger to Israel.

And such a false statement is also especially harmful at a time when Iran is spreading its terror tentacles throughout the Middle East, including to Israel’s doorstep, and it is apparent that a Palestinian Arab state would be an Iranian proxy terror state.

By contrast and disingenuously, StandWithUs merely linked to old, no-longer-relevant, abandoned statements, made by Netanyahu under fear of and extraordinary pressure and threats by the hostile-to-Israel Obama administration.  Yet even under such extreme duress, Netanyahu’s statements in 2009-2011 and 2015 expressed willingness to accept an establishment of a Palestinian state only under the conditions that: (i) there were “ironclad guarantees” that the Palestinian state would be demilitarized; (ii) “the Palestinians must clearly and unambiguously recognize Israel as the state of the Jewish people”; (iii) the formation of a Palestinian Arab state was the result of direct negotiations; and (iv) “there must also be a clear understanding that the Palestinian refugee problem will be resolved outside Israel’s borders” – in other words, no so-called Palestinian right-of return.  All these conditions have been rejected by the Palestinian Arabs.

“…will demand all the powers of a state, such as controlling borders, bringing in weapons, control of airspace and the ability to knock down any Israeli plane that enters its area, the ability to sign peace treaties and military alliances with other countries. Once you give them a state, you give them all these things, even if there is an agreement to the contrary, for within a short time they will demand all these things, and they will assume these powers, and the world will stand by and do nothing – but it *will* stop us from trying to stop them. . . . We will thus have created with our own hands a threat to our very existence. On the day that we sign an agreement for a state with limited authorities, what will happen if the Palestinians do what the Germans did after World War I, when they nullified the demilitarized zone? The world did nothing then, and the world will do nothing now as well.  Even now, the Palestinians are removing all the restrictions to which they agreed in Oslo – they are smuggling in arms, polluting the water sources, building an army, making military deals with Iran and others, and more. . . . But when we try to take action against this, the world opposes us – and not them. . . .”  (“Netanyahu in 2002: Why We Must Oppose a Palestinian State,” by Hillel Fendel, Israel Nat’ News, Apr. 30, 2009.)

Netanyahu’s 2002 speech, and Netanyahu’s and other Israeli officials’ statements in 2017 and 2018, as well as the Israel’s ruling Likud party’s official policy statement, all reveal that Israeli conditional support for a Palestinian Arab (terror) state was an Obama-era anomaly – and that today Israel openly and unequivocally opposes the formation of a Palestinian-Arab State which would surely be another Mideast terror State.

Based on the same joint poll, StandWithUs is misleadingly claiming that creation of a Palestinian state was the “preferred solution” (preferred by 46% of Israelis in January – which dropped to 43% in the updated poll last month).  It should be noted, however, that this poll involved a limited choice among four specific stated alternatives, of “two-state,” “expulsion,” “apartheid” and “one state.”  Important viable alternatives such as the status quo (a continued Palestinian Authority), another governing Palestinian Arab entity that is less than a state, and Israeli annexation of area C, were not among the choices given to respondents.  Giving survey respondents only limited choices does not accurately gauge the real support for a specific policy.

Accordingly, ZOA urges StandWithUs to immediately correct the errors in its sample letter to the Columbian embassy, and its repeat of this error on its StandWithUs website.

ZOA moreover once again urges all our friends to call and write to the Colombian embassy and consulate to ask Colombia’s new president to reverse the last-minute decision of its outgoing president to recognize a terrorist “State of Palestine.”  Email addresses, phone numbers, a sample letter, and further information are contained in the following ZOA Action Alerts:

We would love to hear from you! Please fill out this form and we will get in touch with you shortly.
Trending Z
Uncategorized August 13, 2018
ZOA Analysis: Most American Rabbis Who Are Boycotting Some Israeli Ministers Are From Extremist Left Wing Groups (J Street; T’ruah; JVP)
Uncategorized August 13, 2018
ZOA: Israel’s Reasonable Judicial Reform Proposals Are Good for Democracy, the Rule of Law and the Economy
Uncategorized August 13, 2018
Israel’s “Right of Return” Grandparent Clause is De-Judaizing the Jewish State – Eliminate It
News August 13, 2018
ZOA is Disappointed, Offended and Frightened by 211 U.S. House Votes Supporting Jew-Hating, Israel-Hating Rep. Ilhan Omar
Center for Law & Justice
We work to educate the American public and Congress about legal issues in order to advance the interests of Israel and the Jewish people.
We assist American victims of terrorism in vindicating their rights under the law, and seek to hold terrorists and sponsors of terrorism accountable for their actions.
We fight anti-Semitism and anti-Israel bias in the media and on college campuses.
We strive to enforce existing law and also to create new law in order to safeguard the rights of the Jewish people in the United States and Israel.
Our Mission
ZOA STATEMENT
The ZOA speaks out for Israel – in reports, newsletters, and other publications. In speeches in synagogues, churches, and community events, in high schools and colleges from coast to coast. In e-mail action alerts. In op-eds and letters to the editor. In radio and television appearances by ZOA leaders. Always on the front lines of pro-Israel activism, ZOA has made its mark.
Related Articles
OP-ED BY: Morton A. Klein Hagel Blames Israel for Palestinian Terrorism