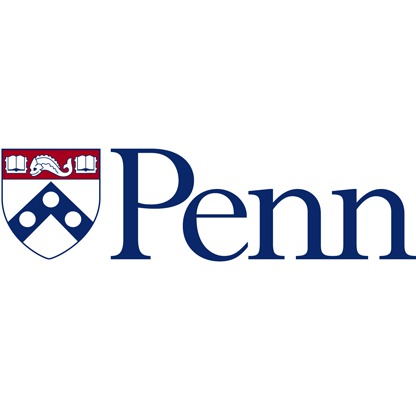 We write on behalf of the Zionist Organization of America (ZOA), the oldest and one of the largest pro-Israel organizations in the U.S., whose mission includes fighting anti-Semitism and anti-Israel bias on college campuses, in the media, and other venues.  We were deeply concerned to learn that on October 8th, the Middle East Center is sponsoring a one-sided, misleading anti-Israel program entitled “Breaking the Silence: An Israeli Soldier on the Israeli Occupation.”

This program raises serious legal concerns. The Middle East Center receives funding from the U.S. Department of Education pursuant to Title VI of the Higher Education Opportunities Act.  As you surely know, the law requires that Title VI programs “reflect diverse perspectives and a wide range of views and generate debate on world regions and international affairs.”  The diverse perspectives requirement was included in the law after experts investigated Title VI programs and concluded that many were extremely one-sided and tainted by anti-American and anti-Israel bias.

We are very familiar with the group that calls itself “Breaking the Silence” and have no doubt that the upcoming program at the Middle East Center will be misleading, one-sided and hostile to Israel – exactly the problem that Title VI intends to address.  Breaking the Silence is well-known for collecting anonymous and unsubstantiated accounts of Israeli soldiers’ conduct in the Israel Defense Forces (IDF) that are deliberately, unfairly and uniformly critical of the IDF.

The group’s allegations of wrongdoing are questionable, to say the least, as well as misleading or false.  For example, in 2016, Breaking the Silence co-founder Yehuda Shaul was recorded telling tourists in Israel that Israelis “basically poisoned all the water cisterns of [a Palestinian Arab] village.”  Palestinian Authority President Mahmoud Abbas repeated the claim in a speech to the European Union Parliament, but retracted it a few days later – plainly because it was false. But Breaking the Silence did not retract its outrageous claim.

The goal of Breaking the Silence is not to punish or bring improvements to questionable conduct by Israeli soldiers; if it were, then Breaking the Silence would bring its allegations of wrongdoing to the attention of Israeli authorities so that the allegations could be investigated and appropriately addressed.  Instead, the group’s focus is outside Israel – particularly Europe and the U.S. – to use anonymous, unverifiable claims of alleged IDF misconduct and turn the world against Israel because of its so-called “occupation.”

We are very familiar with the group that calls itself “Breaking the Silence” and have no doubt that the upcoming program at the Middle East Center will be misleading, one-sided and hostile to Israel – exactly the problem that Title VI intends to address.

Listening to representatives of Breaking the Silence, one would never learn that Israel is not “occupying” what is commonly referred to as the West Bank.  Nearly all Palestinian Arabs living in the territories are ruled by the Palestinian Authority, not Israel.  Following the signing of the Oslo accords, Israel withdrew from nearly half of the territories, including the cities where 98.5% of Palestinian Arabs reside.  Jewish communities comprise less than two percent of what’s frequently called the West Bank.  As for Gaza, there is not a single Israeli soldier or civilian in the region.  Israel withdrew completely from Gaza in 2005 and it is under the rule of Hamas, a U.S.-designated terrorist group.

Listening to Breaking the Silence, one would also never learn that thousands of Israelis have been murdered or maimed by Palestinian Arab terrorists and suicide bombers, and that Israelis continue to live under the constant threat of terrorism, including knifings and car rammings, and – from Gaza – improvised explosive devices, grenades, and “kite bombs” painted with swastikas to infiltrate and burn Israel’s sovereign land.

Breaking the Silence does not tell its audiences that like any country, Israel has the right and the duty to defend its borders.  Nor will it discuss the fact that despite the many unique challenges Israel faces (e.g., Hamas deliberately embedding itself in civilian areas and launching attacks from mosques, hospitals and schools, and using civilians as human shields), military experts have described the IDF as the most ethical army in the world.

All these facts put Israel’s security needs and military actions in their proper context. But Breaking the Silence does not discuss them because they do not comport with the group’s agenda to demonize Israel.

There is no evidence from the advertising for next week’s program that someone will be speaking at the program to provide these facts and the necessary context, so that the program offers the diversity of perspectives that Title VI requires.  Will the Middle East Center therefore agree to sponsor another program that offers other perspectives – besides those of Breaking the Silence — that are accurate, balanced, and not hostile to Israel?

We would be pleased to assist you in providing such a program.  We can offer you expert speakers from the ZOA or suggest others, such as Our Soldiers Speak or Reservists on Duty.  We share the same goal you presumably do – to educate students about a complicated situation, not to provide a platform for fact-twisting anti-Israel propagandists.

We look forward to hearing from you and are ready to help.

Susan B. Tuchman, Director, Center for Law and Justice

We would love to hear from you! Please fill out this form and we will get in touch with you shortly.
Trending Z
Uncategorized October 5, 2018
FLASH: ISRAEL-JORDAN PEACE TREATY (1994) GUARANTEES JEWS ACCESS TO THE TEMPLE MOUNT – LET MY PEOPLE PRAY
Uncategorized October 5, 2018
ZOA Analysis: Most American Rabbis Who Are Boycotting Some Israeli Ministers Are From Extremist Left Wing Groups (J Street; T’ruah; JVP)
Uncategorized October 5, 2018
Israel’s “Right of Return” Grandparent Clause is De-Judaizing the Jewish State – Eliminate It
Uncategorized October 5, 2018
Exclusive: ZOA Accuses Ilhan Omar of Hating the U.S. ‘as Much as Israel,’ Lauds Kevin McCarthy for ‘Throwing Her Off the HFAC’
Center for Law & Justice
We work to educate the American public and Congress about legal issues in order to advance the interests of Israel and the Jewish people.
We assist American victims of terrorism in vindicating their rights under the law, and seek to hold terrorists and sponsors of terrorism accountable for their actions.
We fight anti-Semitism and anti-Israel bias in the media and on college campuses.
We strive to enforce existing law and also to create new law in order to safeguard the rights of the Jewish people in the United States and Israel.
Our Mission
ZOA STATEMENT
The ZOA speaks out for Israel – in reports, newsletters, and other publications. In speeches in synagogues, churches, and community events, in high schools and colleges from coast to coast. In e-mail action alerts. In op-eds and letters to the editor. In radio and television appearances by ZOA leaders. Always on the front lines of pro-Israel activism, ZOA has made its mark.
Related Articles
OP-ED ZOA Criticizes Kerry’s Absurd Statements Blaming Israel for Increased Instability

ZOA’s Morton A. Klein said, “The ZOA sincerely congratulates Amb. David Friedman on this wonderful achievement in a life filled with many achievements. Amb Friedman’s parents Rabbi and Ms. Morris Friedman and Hashem by their side are welling up with pride and joy. This is a great day for America, Israel, the Jewish people and […]