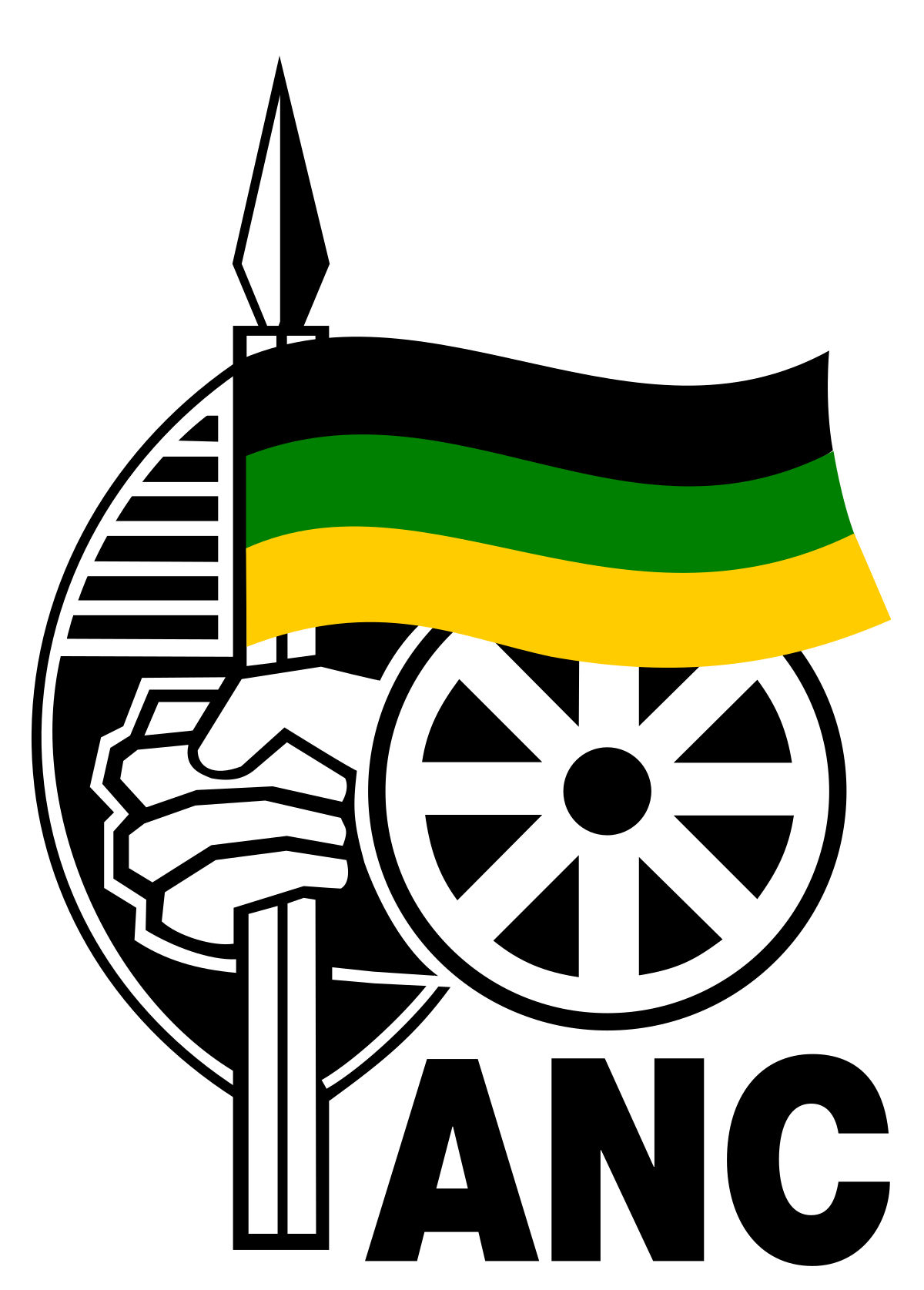 The Zionist Organization of America (ZOA) has condemned South Africa’s African National Congress (ANC) for rolling out the red carpet for a delegation from Hamas, the Palestinian Arab terrorist group that calls in its Covenant for the destruction of Israel (Article 15) and the world-wide murder of Jews (Article 7) and which has murdered over 1,000 Israelis in scores of suicide bombings, drive-by shootings and thousands of rocket attacks upon Israeli civilians.

A Hamas delegation led by Hamas’ ‘foreign minister’ Mahmoud al–Zahhar and Hamas politicians from the rump Palestinian Legislative Council (PLC) Nabil Abu–Ras, Muhammad Faraj al–Ghul, and Musheer al–Masri visited South Africa and was accorded a special trip to Robben Island to view the prison cell of the late ANC founder, Nelson Mandela, where Zahar declared that he had “a message to every mujahid [Islamic holy warrior] who wages jihad for the sake of his land and his country.”

Comparing Hamas prisoners in Israeli jails with Mandela, Zahhar said that “Allah willing, you will get out of your prisons and rule the country, just like Mandela got out of prison and ruled this country” (‘Hamas Official Mahmoud al–Zahar Visits Mandela’s Prison Cell and Says to Palestinians Prisoners: You Will Drive Out the Occupation and rule your country’ Middle East Media Research Institute (MEMRI), Clip #6872, December 1, 2018).

“It is nothing short of a disgrace, an act of nihilism, for the ANC to embrace Hamas, to roll out the red carpet for these would-be practitioners of genocide. The ANC has squandered whatever moral authority it had and deserves world-wide condemnation for embracing Hamas.”

Zahar then signed a Memorandum of Understanding with the ruling ANC’s Jackson Mthembu.

The Memorandum, according to one pro-ANC news outlet, “seeks to introduce practical steps in mobilizing the international community to pressure Israel to end its occupation of Palestine, including working towards the full boycott of all Israeli products.” It also promises that “the ANC Parliamentary Caucus will use the oversight powers of South Africa’s parliament to ensure that the ANC’s 2017 resolution to downgrade the South African embassy in Tel Aviv to a liaison office, is implemented by the South African government.”

The ANC, which is acting in defiance of international efforts to restore control over Hamas-ruled Gaza to Mahmoud Abbas’ Palestinian Authority (PA), has deepened its bilateral relations with Hamas since 2015. In December 2017, a Hamas delegation witnessed the ANC’s vote to downgrade South Africa’s diplomatic relations with Israel during a special conference convened by the ruling party.

South African Jews have expressed dismay at the ANC receiving a Hamas delegation, a senior Jewish official saying that “Nelson Mandela’s vision of a free society was diametrically opposed to the theocratic, genocidal regime of Hamas. Using his memory to perpetuate their violent agenda spits on the memories of South Africans who died for freedom and democracy” (‘ANC Leaders Roll Out Red Carpet in South Africa for Visiting Hamas Delegation,’ Algemeiner Journal, December 4, 2018).

ZOA National President Morton A. Klein said, “The ZOA utterly condemns the ANC for receiving a delegation from Hamas, a genocidally-inclined terrorist group which not only seeks the destruction of the Jewish state and Jewish self-determination, has not only murdered over a thousand Jews in the most horrific acts of terrorism, but which also calls in its Covenant for the worldwide murder of the Jewish people.

“How can any group or regime, let alone one ostensibly based upon the struggle for human rights in South Africa, make common cause with mass-murderers who seek to perpetrate genocide?

“It is bitterly ironic that the ANC should take this step of aligning itself with Hamas and seeking to downgrade South Africa’s relations with Israel. It was Nelson Mandela himself who, after his release from prison, told South African Jewish leaders that a post-apartheid government would welcome ‘a warm relationship’ with Israel.

“While critical at times of Israel and supportive of Israel’s vicious enemies, like Yasser Arafat and Muammar Gaddafi, on account of the support both had rendered the ANC, Mandela was, however, also clear about Israel’s right to peace and security.

“It was Jews who played an outsized role in the struggle for the freedom and human rights of black South Africans, as Nelson Mandela acknowledged on several occasions. Indeed, ahead of Passover in 1992, Mandela offered unsolicited praise for South African Jewry, commending it for its ‘particularly outstanding contribution’ to his people’s ‘struggle for freedom and social justice’ and which was ‘second to none in its contribution to the development of South Africa’ (Australian Jewish News, April 24, 1992).

“This Mandela policy legacy, the ANC has been slowly dismantling now for several years.

“It was Israel that played a major role in the international protest campaign to prevent the South African government from imposing the death sentence on Nelson Mandela during the Rivonia Trial in 1964.

“Israel also called on South Africa to stop the trial and to abolish the apartheid regime. And, despite the calumnies one often reads and hears about Israel’s relations with apartheid South Africa –– relations that were held by virtually all states, including the Arab states, which kept the apartheid regime alive with oil sales –– Israel imposed sanctions on Pretoria in 1987, the same year most Western democratic states did the same.

“It is nothing short of a disgrace, an act of nihilism, for the ANC to embrace Hamas, to roll out the red carpet for these would-be practitioners of genocide. The ANC has squandered whatever moral authority it had and deserves world-wide condemnation for embracing Hamas.”

We would love to hear from you! Please fill out this form and we will get in touch with you shortly.
Trending Z
News December 6, 2018
ZOA Condemns U.S. State Dept. & U.S. Amb. Nides For Siding with Antisemitic, Discriminatory Palestinian & Hamas Terrorists re: the Temple Mount, Violating Jews’ Religious Freedom
News December 6, 2018
ZOA’s Klein JPost Op-Ed: There is Nothing Extreme About Israel’s New Government
Uncategorized December 6, 2018
FLASH: ISRAEL-JORDAN PEACE TREATY (1994) GUARANTEES JEWS ACCESS TO THE TEMPLE MOUNT – LET MY PEOPLE PRAY
Uncategorized December 6, 2018
ZOA Analysis: Most American Rabbis Who Are Boycotting Some Israeli Ministers Are From Extremist Left Wing Groups (J Street; T’ruah; JVP)
Center for Law & Justice
We work to educate the American public and Congress about legal issues in order to advance the interests of Israel and the Jewish people.
We assist American victims of terrorism in vindicating their rights under the law, and seek to hold terrorists and sponsors of terrorism accountable for their actions.
We fight anti-Semitism and anti-Israel bias in the media and on college campuses.
We strive to enforce existing law and also to create new law in order to safeguard the rights of the Jewish people in the United States and Israel.
Our Mission
ZOA STATEMENT
The ZOA speaks out for Israel – in reports, newsletters, and other publications. In speeches in synagogues, churches, and community events, in high schools and colleges from coast to coast. In e-mail action alerts. In op-eds and letters to the editor. In radio and television appearances by ZOA leaders. Always on the front lines of pro-Israel activism, ZOA has made its mark.
Related Articles
OP-ED BY: ZOA Staff ZOA Condemns Kerry For Supporting Iran’s Outrageous Demands Despite Violations