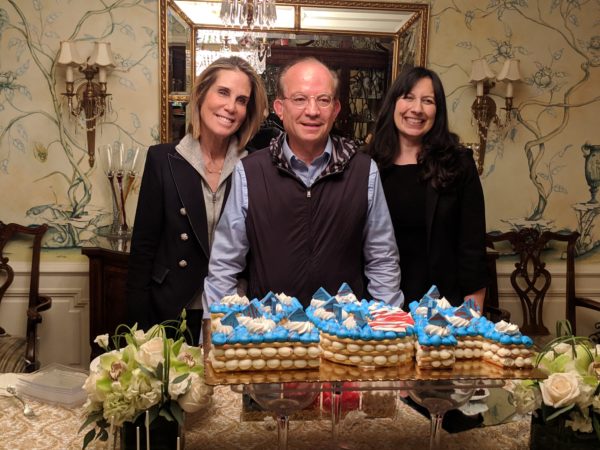 The ZOA’s Long Island region is rededicating its efforts to educating the community about Israel and combating anti-Semitism, wherever it occurs.

Dr. Mazurek explained why he has so enthusiastically supported the ZOA for more than 25 years.  “The ZOA gets things done,” he said, giving example after example of the ZOA’s many achievements.

ZOA Long Island sponsored its first in a series of dynamic events, entitled, Anti-Semitism and Israel-Bashing on Campus: What You Need To Know and How We Can Fight It!  The event was generously hosted by Mark and Sandy Gold in the beautiful enclave of Kings Point and had a great turnout.

Deborah Peretz, Regional Director of ZOA Long Island, welcomed the guests and introduced Dr. Alan Mazurek, Vice-Chair of ZOA’s National Board of Directors and Chairman of ZOA’s Long Island region.  Dr. Mazurek explained why he has so enthusiastically supported the ZOA for more than 25 years.  “The ZOA gets things done,” he said, giving example after example of the ZOA’s many achievements. 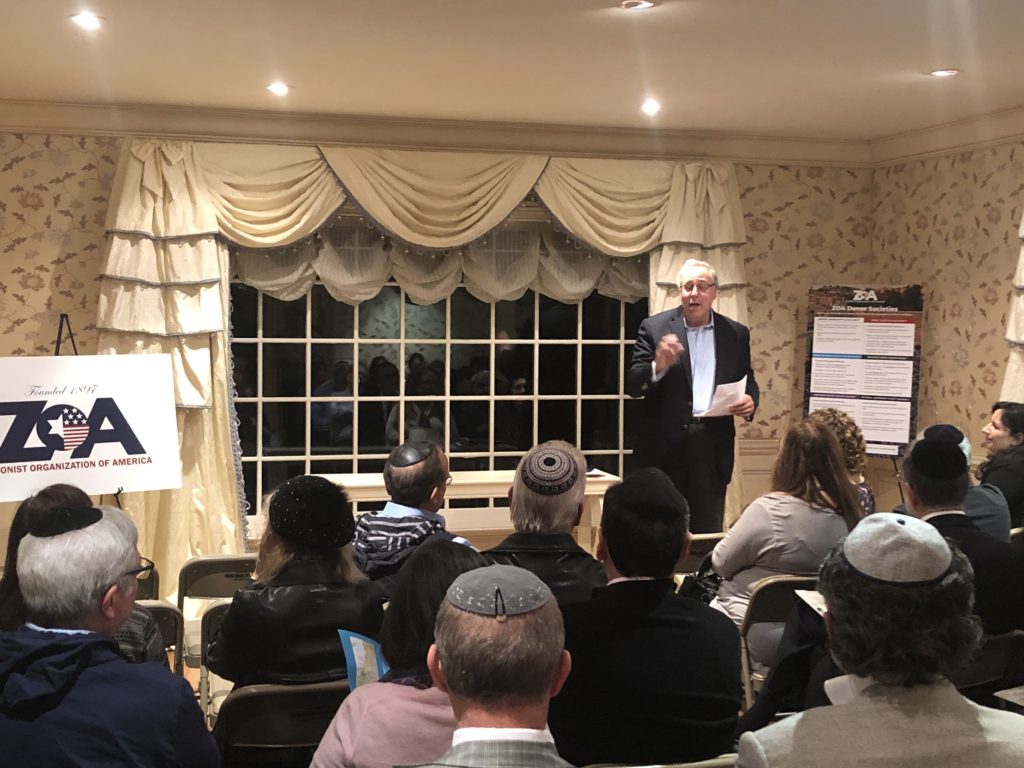 Susan Tuchman, Esq., Director of ZOA’s Center for Law and Justice, described the anti-Semitic harassment and intimidation that many Jewish students are facing on their college campuses, and the important legal tool – Title VI of the Civil Rights Act – that as a result of ZOA’s major campaign, is now available to help protect Jewish students.  Susan also explained how this legal tool should now afford better protection to Jewish students, after the Office for Civil Rights recently reopened the ZOA’s Title VI case against Rutgers and decided that it will now use the U.S. State Department’s excellent definition of anti-Semitism when it assesses and decides Title VI cases.  Susan gave parents and students several practical tips for responding to campus anti-Semitism when it arises. Those in attendance were riveted and asked many questions after the presentation, including about the anti-Israel Boycott, Divestment and Sanctions (BDS) movement, and about Students for Justice in Palestine (SJP), one of the groups largely responsible for creating a hostile campus environment for Jewish students. 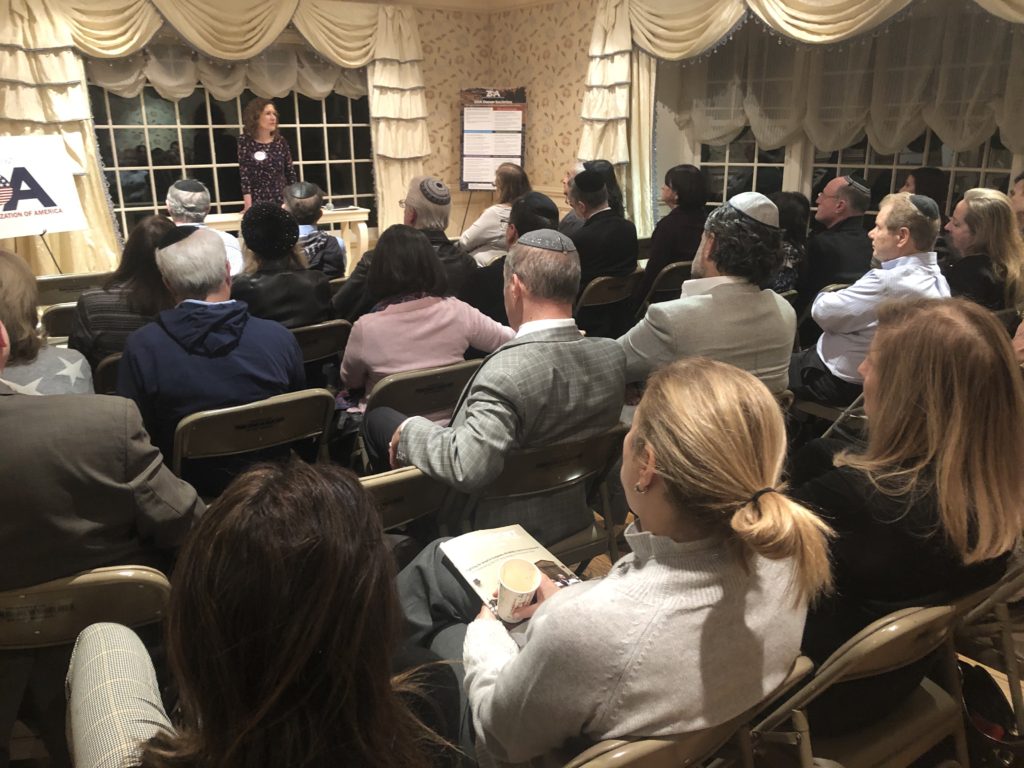 Recently, Susan and Deborah visited North Shore Hebrew Academy High School in Great Neck to conduct an educational and interactive program for seniors preparing for college.  The school is already encouraging these students to be proud Zionists who can make a strong case for Israel.  Susan and Deborah provided seniors with important practical and legal tools for fighting anti-Semitism and attacks on Israel at their eventual campuses.

Both events were met with enthusiasm and success! We are looking forward to more outstanding Long Island programming. 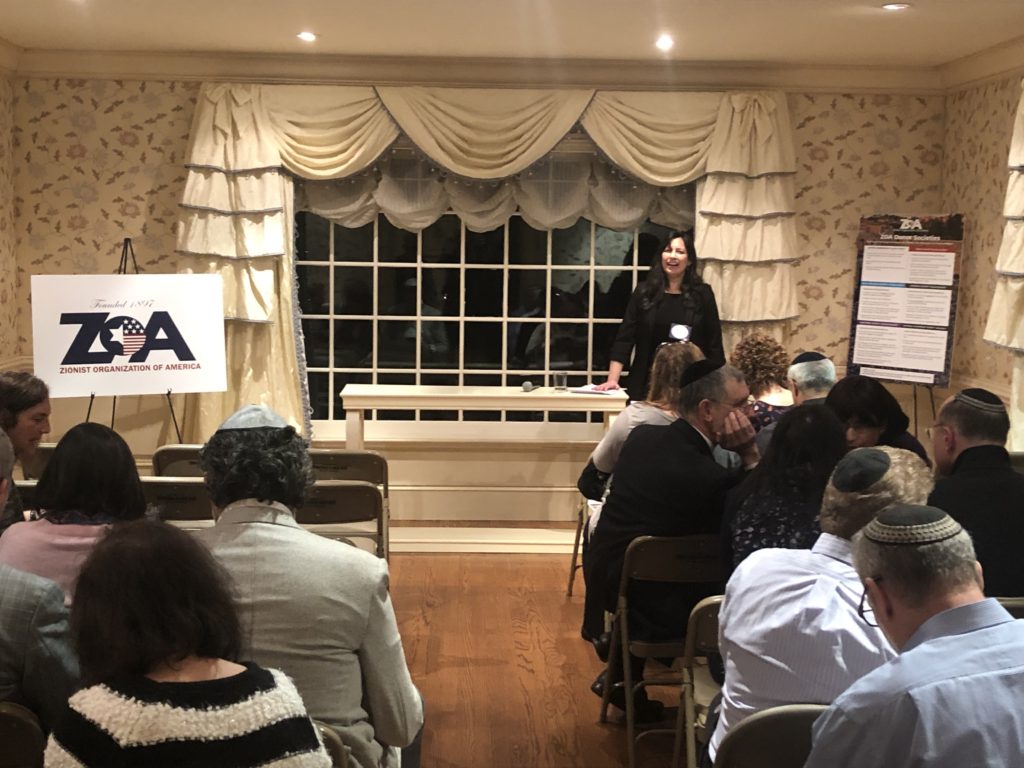 ZOA Long Island is excited to hear from you! For comments or questions please contact Deborah Peretz at dperetz@zoa.org. To donate please click here. Like us on Facebook and stay tuned for upcoming programming and events!

We would love to hear from you! Please fill out this form and we will get in touch with you shortly.
Trending Z
News January 9, 2019
ZOA Condemns U.S. State Dept. & U.S. Amb. Nides For Siding with Antisemitic, Discriminatory Palestinian & Hamas Terrorists re: the Temple Mount, Violating Jews’ Religious Freedom
News January 9, 2019
ZOA’s Klein JPost Op-Ed: There is Nothing Extreme About Israel’s New Government
Uncategorized January 9, 2019
FLASH: ISRAEL-JORDAN PEACE TREATY (1994) GUARANTEES JEWS ACCESS TO THE TEMPLE MOUNT – LET MY PEOPLE PRAY
Uncategorized January 9, 2019
ZOA Analysis: Most American Rabbis Who Are Boycotting Some Israeli Ministers Are From Extremist Left Wing Groups (J Street; T’ruah; JVP)
Center for Law & Justice
We work to educate the American public and Congress about legal issues in order to advance the interests of Israel and the Jewish people.
We assist American victims of terrorism in vindicating their rights under the law, and seek to hold terrorists and sponsors of terrorism accountable for their actions.
We fight anti-Semitism and anti-Israel bias in the media and on college campuses.
We strive to enforce existing law and also to create new law in order to safeguard the rights of the Jewish people in the United States and Israel.
Our Mission
ZOA STATEMENT
The ZOA speaks out for Israel – in reports, newsletters, and other publications. In speeches in synagogues, churches, and community events, in high schools and colleges from coast to coast. In e-mail action alerts. In op-eds and letters to the editor. In radio and television appearances by ZOA leaders. Always on the front lines of pro-Israel activism, ZOA has made its mark.
Related Articles
OP-ED BY: ZOA Poll: A Plurality Of Americans Think Hagel A Bad Choice For Secretary Of Defense