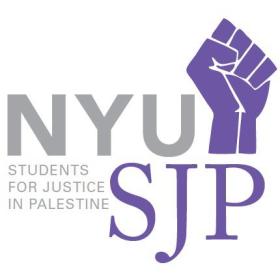 Zionist Organization of America (ZOA) condemned New York University (NYU) today for deciding to confer a President’s Service Award on NYU’s Students for Justice in Palestine (SJP) chapter, a group with a horrific record of harassing and intimidating Jewish and pro-Israel students.

After SJP announced on Facebook that it had been selected to receive a presidential service award, the ZOA repeatedly reached out to NYU officials to confirm the truth of SJP’s announcement. Officials have not responded.

The President’s Service Award recognizes student groups “that have had an extraordinary and positive impact on the University community.” SJP has had exactly the opposite impact. As the Jerusalem Center for Public Affairs stated in its 2017 research and policy study, SJP “is a terror-affiliated anti-Semitic network that currently operates with autonomy and impunity at colleges and universities across the United States.”

President Hamilton should apologize to the community for the decision to reward SJP, rescind the decision and explain why:  because anti-Semitism and other forms of bigotry won’t be tolerated at NYU, and groups like SJP – which promote hatred and bigotry – must be condemned, not rewarded.

At NYU, SJP has caused Jewish and pro-Israel students to feel unwelcome and unsafe. For example:

NYU President Andrew Hamilton has made it clear that boycotting Israel is “contrary to” NYU’s “core principles of academic freedom” and “antithetical to the free exchange of ideas.” Given SJP’s pro-BDS and other hateful and divisive actions, it is incomprehensible and appalling that President Hamilton would deem SJP deserving of a President’s Service Award.

Morton A. Klein, the ZOA’s National President, and Susan B. Tuchman, Esq., director of the ZOA’s Center for Law and Justice, called on NYU to rescind its decision to confer the award on SJP.  “SJP’s hateful, anti-Semitic, and divisive actions are the exact opposite of what this award is supposed to recognize. President Hamilton should apologize to the community for the decision to reward SJP, rescind the decision and explain why:  because anti-Semitism and other forms of bigotry won’t be tolerated at NYU, and groups like SJP – which promote hatred and bigotry – must be condemned, not rewarded.

“If NYU does not withdraw the award, then we urge all alumni, donors and supporters to contact NYU and demand that the award be rescinded. If NYU fails to do so, then let NYU that you will no longer support a university that tolerates and rewards anti-Semitic hate groups like SJP.”

We would love to hear from you! Please fill out this form and we will get in touch with you shortly.
Trending Z
News April 11, 2019
At ZOA Gala Secy Pompeo Gave the Greatest, Most Pro-Israel Speech Ever Delivered by a Public Official
News April 11, 2019
Dershowitz in Arutz 7: NYC’s Temple Emanu-El Silences a Pro-Israel Voice & Promotes an Anti-Israel Voice
Uncategorized April 11, 2019
Jewish Press: Has Deborah Lipstadt Undercut Both Herself and Future Antisemitism Envoys?
News April 11, 2019
NEW YORK POST: Democratic Leaders’ Shocking Silence Over Attacks on Israel by Fellow Dems
Our Mission
ZOA STATEMENT
The ZOA speaks out for Israel – in reports, newsletters, and other publications. In speeches in synagogues, churches, and community events, in high schools and colleges from coast to coast. In e-mail action alerts. In op-eds and letters to the editor. In radio and television appearances by ZOA leaders. Always on the front lines of pro-Israel activism, ZOA has made its mark.
Center for Law & Justice
We work to educate the American public and Congress about legal issues in order to advance the interests of Israel and the Jewish people.
We assist American victims of terrorism in vindicating their rights under the law, and seek to hold terrorists and sponsors of terrorism accountable for their actions.
We fight anti-Semitism and anti-Israel bias in the media and on college campuses.
We strive to enforce existing law and also to create new law in order to safeguard the rights of the Jewish people in the United States and Israel.
Related Articles
OP-ED ZOA: NSC’s McMaster – Reassign Him to Area Not Dealing with Israel or Iran