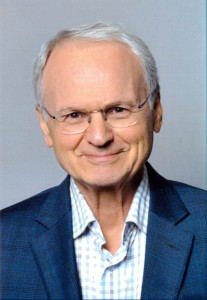 “Last week  in Palo Alto, CA, Mr. Morton Klein addressed a gathering of the ZOA West Coast chapter at the Oshman Family JCC. Prior to the main event, Mort was able to meet with ZOA regional board members and supporters during a VIP reception. Major ZOA donor Myron Zimmerman and the full staff of the MZ Foundation, all of the Bay Area board members, and 30 other guests attended the VIP reception. A packed audience joined us for the main event, some driving more than 2.5 hours from Santa Rosa and Sacramento, CA.

“Mort delivered a timely presentation, covering current events such as Israel’s decision to bar entry to pro-BDS Congresswomen Tlaib and Omar, and ZOA’s successful effort to have the California Board of Education amend anti-Semitic bias proposed within the 2019 Ethnic Studies Model Curriculum which, if adopted, would be mandatory education for California high school students; the growing threat of antisemitism as Mort discussed that issue in his testifimony before Congress and the false propaganda basis of the BDS campaign; and Arab/Islamic war against Israel and the West. Mr. Klein delivered a clear outline of the current threats to the Jewish community and expressed concern about some positions taken and the silence on other positions of AIPAC, AJC, and the ADL. In over 10 years of working for ZOA, this was the best speech I have ever heard Mort deliver.

“Mr. Klein gave the audience his attention, respect, and regular doses of humor. He spoke for over an hour and stayed on to answer every question and meet with guests after the presentation. The program concluded with an enthusiastic standing ovation from the audience! It truly was an honor to have Mort meet with our members. This region has been plagued with anti-Israel activity and that sentiment is pervasive within the highly politicized local Jewish community. For many Zionists, ZOA is the only organization that represents their values in Northern California.”

We would love to hear from you! Please fill out this form and we will get in touch with you shortly.
Trending Z
Uncategorized August 19, 2019
FLASH: ISRAEL-JORDAN PEACE TREATY (1994) GUARANTEES JEWS ACCESS TO THE TEMPLE MOUNT – LET MY PEOPLE PRAY
Uncategorized August 19, 2019
ZOA Analysis: Most American Rabbis Who Are Boycotting Some Israeli Ministers Are From Extremist Left Wing Groups (J Street; T’ruah; JVP)
Uncategorized August 19, 2019
Israel’s “Right of Return” Grandparent Clause is De-Judaizing the Jewish State – Eliminate It
Uncategorized August 19, 2019
Exclusive: ZOA Accuses Ilhan Omar of Hating the U.S. ‘as Much as Israel,’ Lauds Kevin McCarthy for ‘Throwing Her Off the HFAC’
Center for Law & Justice
We work to educate the American public and Congress about legal issues in order to advance the interests of Israel and the Jewish people.
We assist American victims of terrorism in vindicating their rights under the law, and seek to hold terrorists and sponsors of terrorism accountable for their actions.
We fight anti-Semitism and anti-Israel bias in the media and on college campuses.
We strive to enforce existing law and also to create new law in order to safeguard the rights of the Jewish people in the United States and Israel.
Our Mission
ZOA STATEMENT
The ZOA speaks out for Israel – in reports, newsletters, and other publications. In speeches in synagogues, churches, and community events, in high schools and colleges from coast to coast. In e-mail action alerts. In op-eds and letters to the editor. In radio and television appearances by ZOA leaders. Always on the front lines of pro-Israel activism, ZOA has made its mark.
Related Articles
OP-ED BY: ZOA Staff ZOA Condemns Kerry For Supporting Iran’s Outrageous Demands Despite Violations