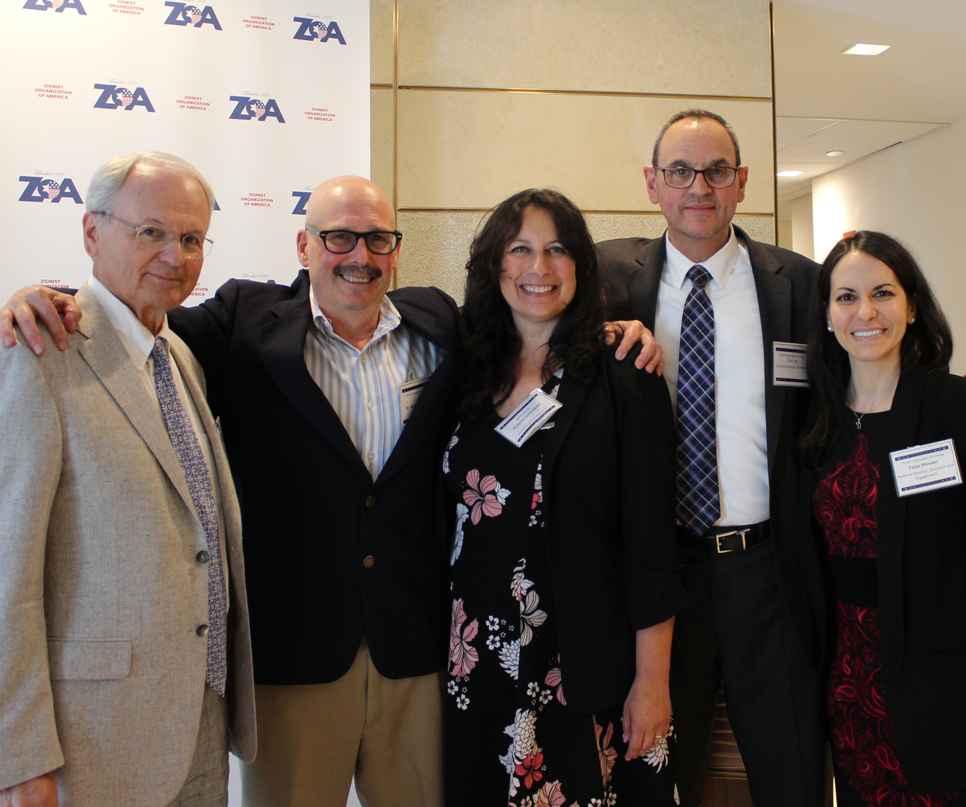 Dr. Bostom summarized extensive, and unprecedented Anti-Defamation League (ADL) survey data revealing the current disproportionate 2.0 to 4.5-fold excess of extreme Antisemitism amongst Muslims vs. all other religious groups, or those professing no religion, globally, and regionally, including within the United States.

He also demonstrated what animates this Muslim Antisemitism: the 1300 year-old living legacy of theological Islamic Jew-hatred, rooted in Islam’s core texts—the Koran itself, the traditions of Islam’s prophet Muhammad, and the earliest pious Muslim biographies of Muhammad. These texts, in turn, have begotten three inter-related canonical Islamic doctrines which continue to be espoused by Islam’s most authoritative religious teaching institutions, Sunni, and Shiite, alike: jihad war to subjugate Jews, and other non-Muslims; the application of Islamic Law, Sharia, which seeks to humiliate Jews and non-Muslims who survive their conquest, but do not convert to Islam; and Islam’s theology of virulent Jew-hatred which targets Jews, relentlessly, for their alleged intrinsic evil, manifested as stubborn, even hateful rejection of Islam, and conspiratorial efforts to undermine the Muslim prophet Muhammad, and his efforts to propagate the Muslim creed, from Islam’s inception, till now.

Finally, the mea culpa-based teachings and implementation of Vatican II/Nostre Aetate, launched in 1965, which sought to expunge Christianity’s Antisemitic theology, were summarized as a template for challenging institutional Islam—indeed demanding—that it initiate a similar effort to eliminate Islam’s own virulent theological Jew-hatred.

We would love to hear from you! Please fill out this form and we will get in touch with you shortly.
Trending Z
Uncategorized August 28, 2019
FLASH: ISRAEL-JORDAN PEACE TREATY (1994) GUARANTEES JEWS ACCESS TO THE TEMPLE MOUNT – LET MY PEOPLE PRAY
Uncategorized August 28, 2019
ZOA Analysis: Most American Rabbis Who Are Boycotting Some Israeli Ministers Are From Extremist Left Wing Groups (J Street; T’ruah; JVP)
Uncategorized August 28, 2019
Israel’s “Right of Return” Grandparent Clause is De-Judaizing the Jewish State – Eliminate It
Uncategorized August 28, 2019
Exclusive: ZOA Accuses Ilhan Omar of Hating the U.S. ‘as Much as Israel,’ Lauds Kevin McCarthy for ‘Throwing Her Off the HFAC’
Center for Law & Justice
We work to educate the American public and Congress about legal issues in order to advance the interests of Israel and the Jewish people.
We assist American victims of terrorism in vindicating their rights under the law, and seek to hold terrorists and sponsors of terrorism accountable for their actions.
We fight anti-Semitism and anti-Israel bias in the media and on college campuses.
We strive to enforce existing law and also to create new law in order to safeguard the rights of the Jewish people in the United States and Israel.
Our Mission
ZOA STATEMENT
The ZOA speaks out for Israel – in reports, newsletters, and other publications. In speeches in synagogues, churches, and community events, in high schools and colleges from coast to coast. In e-mail action alerts. In op-eds and letters to the editor. In radio and television appearances by ZOA leaders. Always on the front lines of pro-Israel activism, ZOA has made its mark.
Connect with us
Sign up for our Newsletter