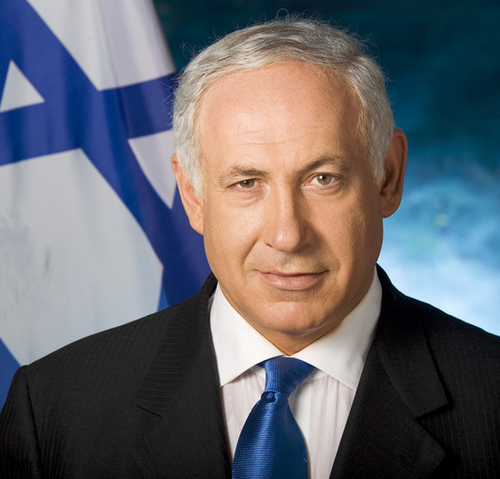 The Zionist Organization of America applauds Israeli Prime Minister Netanyahu’s pledge to apply Israeli sovereignty to parts of Judea and Samaria.  ZOA also praises PM Netanyahu for his important observation that applying sovereignty will ensure that Israel “will never be a country [only] a few miles wide.”

We note that Israel’s Prime Minister also vowed to apply Israeli sovereignty to the Jordan Valley and Dead Sea area immediately after the September 17, 2019 election, if given a mandate to do so by the Israeli public, and after release of the U.S. peace plan recommendation.

Applying Israeli sovereignty, to at least Area C, the Jordan Valley, and the Dead Sea areas is long, long overdue.  Under international law, Israel is entitled to these historically Jewish areas (and all of Judea/Samaria) in accordance with the 1922 League of Nations Mandate, which guaranteed these areas to the Jewish people to settle and reconstitute the Jewish homeland. The United States also agreed to Israel’s international rights to these areas, in the 1924 Anglo-American Convention, a binding international treaty duly ratified by the Senate and signed by U.S. President Calvin Coolidge. The 1946 UN Charter’s “Jewish people’s clause” (Article 80) moreover confirmed that the rights guaranteed to the Jewish people under the Mandate would continue after the Mandate expired. Jordan’s illegal conquest of these areas in 1948, when six Arab nations attacked Israel, and Jordan’s illegal occupation of these areas for 19 years (1948-1967) until Israel recaptured these areas in a defensive war in 1967, did not transform the areas that Israel is lawfully entitled to into Arab or Palestinian-Arab lands.  Moreover, the 1994 Jordanian-Israeli peace treaty established the international boundary line outside (to the west) of these areas.

According to a report, the Prime Minister is delaying implementation until after the election and peace plan’s publication due to legal advisors’ concerns that Israel’s attorney general previously restricted transitional governments from taking binding action, and White House requests.  ZOA wishes to point out that restrictions on the current Israeli government acting now would be undemocratic and particularly inappropriate here – where Israel has for so long been legally, historically and morally entitled to apply sovereignty.

Moreover, the Palestinian Authority once again stated that it will not even discuss a U.S. peace plan. Thus there is no point in waiting for the plan’s issuance.

At a minimum, ZOA urges PM Netanyahu to apply sovereignty immediately after the election.

We would love to hear from you! Please fill out this form and we will get in touch with you shortly.
Trending Z
Uncategorized September 11, 2019
FLASH: ISRAEL-JORDAN PEACE TREATY (1994) GUARANTEES JEWS ACCESS TO THE TEMPLE MOUNT – LET MY PEOPLE PRAY
Uncategorized September 11, 2019
ZOA Analysis: Most American Rabbis Who Are Boycotting Some Israeli Ministers Are From Extremist Left Wing Groups (J Street; T’ruah; JVP)
Uncategorized September 11, 2019
Israel’s “Right of Return” Grandparent Clause is De-Judaizing the Jewish State – Eliminate It
Uncategorized September 11, 2019
Exclusive: ZOA Accuses Ilhan Omar of Hating the U.S. ‘as Much as Israel,’ Lauds Kevin McCarthy for ‘Throwing Her Off the HFAC’
Center for Law & Justice
We work to educate the American public and Congress about legal issues in order to advance the interests of Israel and the Jewish people.
We assist American victims of terrorism in vindicating their rights under the law, and seek to hold terrorists and sponsors of terrorism accountable for their actions.
We fight anti-Semitism and anti-Israel bias in the media and on college campuses.
We strive to enforce existing law and also to create new law in order to safeguard the rights of the Jewish people in the United States and Israel.
Our Mission
ZOA STATEMENT
The ZOA speaks out for Israel – in reports, newsletters, and other publications. In speeches in synagogues, churches, and community events, in high schools and colleges from coast to coast. In e-mail action alerts. In op-eds and letters to the editor. In radio and television appearances by ZOA leaders. Always on the front lines of pro-Israel activism, ZOA has made its mark.
Related Articles
OP-ED BY: ZOA Staff ZOA Condemns EU, PA and Obama Administration Moves To Declare Legal “Settlements” Illegal

Morton A. Klein,, president of The Zionist Organization of America (ZOA) released the following statement: The European Union (EU) (with the Obama administration’s support) and the Palestinian Authority (PA) are once again waging perverse diplomatic warfare to attempt to deny the fact that Israel has the strongest legal right to areas over the 1949 Armistice […]