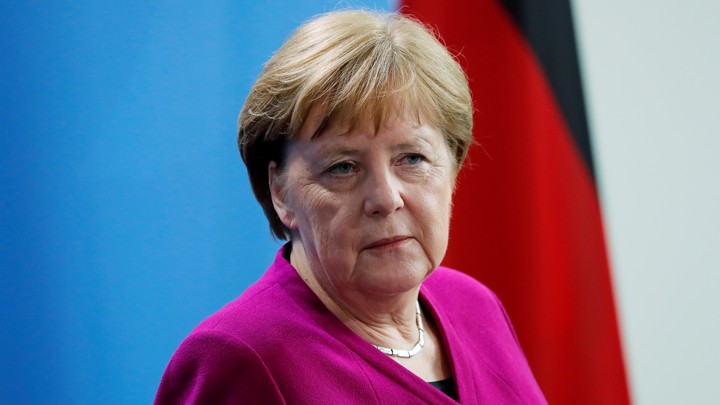 The Zionist Organization of America (ZOA) has strongly criticized the German Chancellor, Angela Merkel, for ignoring Iranian genocidal ambitions to destroy the Jewish state of Israel. and absurdly claiming that Iran is merely anti-Israel not Anti-Semitic. Chancellor Merkel and the German government more generally have avoided mentioning anti-Semitism in the context of statements relating to Iranian actions.

Thus, on October 1, the German Foreign Ministry labeled the call to destroy Israel by commander-in-chief of Iran’s Islamic Revolutionary Guard Corps (IRGC), General Hossein Salami, as “anti-Israel rhetoric.” Queried subsequently as to whether this statement represented accurately the views of the German government, a government spokesman replied, “We have nothing to add to the reply of the foreign office.”

General Salami has a long record of calling for the destruction of the Jewish state, calling only a couple of weeks ago in a speech delivered to the Iranian Revolutionary Guard Corps (IRGC) for the extermination of Israel. General Salami’s call was disseminated by Iranian state-funded IRNA agency as well as other regime-controlled medias outlets.

General Salami said, “This sinister regime [Israel] must be wiped off the map and this is no longer … a dream [but] it is an achievable goal … [Iran has] managed to obtain the capacity to destroy the impostor Zionist regime 40 years after the 1979 Islamic revolution” (Benjamin Weinthal, ‘Merkel’s govt’ says Iran’s call to wipe Israel off the map’ is not anti-Semitic,’ Jerusalem Post, October 6, 2019).

ZOA National President Morton A. Klein said, “ We live in a surreal age in which the most blatant, the most obvious, the most frightening expressions of hatred against the Jewish people and its collective existence is doggedly ignored, whitewashed or watered down by foreign governments.

“It seems that, come what may, foreign leaders like Chancellor Merkel this past week, would rather say or do anything else other than state and condemn the obvious fact that, in this case, the Iranian regime, has been and is still seeking to eliminate the Jewish State of Israel.

“The German government has been trying to bust the new U.S. sanctions imposed by President Trump and is far more interested in revenues from trade with Iran than with keeping the peace or taking steps against those who threaten genocide –– as Iran clearly does.”

We would love to hear from you! Please fill out this form and we will get in touch with you shortly.
Trending Z
News October 7, 2019
ZOA Condemns U.S. State Dept. & U.S. Amb. Nides For Siding with Antisemitic, Discriminatory Palestinian & Hamas Terrorists re: the Temple Mount, Violating Jews’ Religious Freedom
Uncategorized October 7, 2019
FLASH: ISRAEL-JORDAN PEACE TREATY (1994) GUARANTEES JEWS ACCESS TO THE TEMPLE MOUNT – LET MY PEOPLE PRAY
Uncategorized October 7, 2019
ZOA Analysis: Most American Rabbis Who Are Boycotting Some Israeli Ministers Are From Extremist Left Wing Groups (J Street; T’ruah; JVP)
Uncategorized October 7, 2019
Israel’s “Right of Return” Grandparent Clause is De-Judaizing the Jewish State – Eliminate It
Center for Law & Justice
We work to educate the American public and Congress about legal issues in order to advance the interests of Israel and the Jewish people.
We assist American victims of terrorism in vindicating their rights under the law, and seek to hold terrorists and sponsors of terrorism accountable for their actions.
We fight anti-Semitism and anti-Israel bias in the media and on college campuses.
We strive to enforce existing law and also to create new law in order to safeguard the rights of the Jewish people in the United States and Israel.
Our Mission
ZOA STATEMENT
The ZOA speaks out for Israel – in reports, newsletters, and other publications. In speeches in synagogues, churches, and community events, in high schools and colleges from coast to coast. In e-mail action alerts. In op-eds and letters to the editor. In radio and television appearances by ZOA leaders. Always on the front lines of pro-Israel activism, ZOA has made its mark.
Connect with us
Sign up for our Newsletter