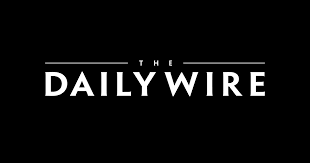 American Jews are now embroiled in an important election battle over the U.S. seats at the World Zionist Congress (WZC) for the next five years. Record numbers of Jewish U.S. residents have been casting votes in this online election, which ends on March 11.

The World Zionist Congress has a major impact on both Israel and Diaspora Jews. It helps control Israel’s major national institutions’ polices and funding priorities for a $1 billion annual budget.

The ZOA Coalition includes 27 of the strongest pro-Israel groups and is leading the battle at the World Zionist Congress to defend Israel, sovereignty, and the safety and well-being of the entire Jewish people.

At the 2015–16 World Zionist Congresses, ZOA Coalition led a difficult, successful two-year battle to pass an anti-“Boycott, Divestment, and Sanction” (BDS) resolution to combat boycotts against all Jews, including Jews living in Jerusalem and Judea and Samaria. The ZOA Coalition also initiated a WZC program to encourage buying Israeli products, as well as promoting other anti-BDS efforts.

At the most recent (2019) World Zionist Congress, the ZOA Coalition initiated every single pro-Israel and pro-Jewish resolution.

Because rapidly rising anti-Semitic violence in Europe and elsewhere is a major threat, the ZOA Coalition initiated and obtained passage of a WZC resolution giving highest funding priority to rescuing and bringing to Israel Jews who are endangered by global anti-Semitism.

But, despite anti-Semitic murders and frequent attacks on Jews in France, other slates blocked the ZOA Coalition’s efforts to also establish an emergency Aliyah program for endangered French Jewry. If ZOA Coalition obtains more votes in the current election, this won’t happen again. The safety of endangered Jews will always come first.

ZOA Coalition initiated and obtained passage of resolutions condemning UNESCO for denying the Jewish people’s connection to Jewish sites in Jerusalem and Hebron, as well as requiring use of the proper names “Judea and Samaria” — instead of the de-Judaized name “West Bank.” ZOA Coalition also led the 23-year battle to move the U.S. embassy in Israel from Tel Aviv to Jerusalem.

We’re extremely concerned about what will happen if the ZOA Coalition does not do well in this WZC election.

Our opponents used the power they obtained in previous WZC elections to stop Israel’s national institutions from purchasing lands in Jerusalem, Judea and Samaria, and even in the Negev. This anti-Jewish discrimination could become even worse.

Shockingly, at the most recent World Zionist Congress, our opponents tried to pass a resolution smearing Israel’s tolerant, multi-faceted society as replete with “institutional racism.” We were only able to defeat this resolution — which reminded us of the notorious 1975 United Nations “Zionism is racism” resolution — by one vote.

An opposition group now openly says that it is running in the WZC election to “divert” the $1 billion per year of Israel’s national institution funding “away from the entrenchment of the occupation.”

“Occupation” is a false propaganda term used to attack Jewish persons’ rights to continue living on historic Jewish lands designated for the Jewish homeland under international law. Anti-Israel boycott groups use the term “occupation” to demonize Israel.  It is frightening that groups running in the WZC election are using the same rallying cry.

Make sure to cast your vote; you have the chance to determine the Jewish future for the next five years. Vote Here.

This Op-Ed was first published in the Daily Wire.

We would love to hear from you! Please fill out this form and we will get in touch with you shortly.
Trending Z
News February 10, 2020
At ZOA Gala Secy Pompeo Gave the Greatest, Most Pro-Israel Speech Ever Delivered by a Public Official
News February 10, 2020
Dershowitz in Arutz 7: NYC’s Temple Emanu-El Silences a Pro-Israel Voice & Promotes an Anti-Israel Voice
Uncategorized February 10, 2020
Jewish Press: Has Deborah Lipstadt Undercut Both Herself and Future Antisemitism Envoys?
CLJ February 10, 2020
ZOA Letter to Jason Wingard, President, Temple U, Concerning an Antisemitic Incident
Center for Law & Justice
We work to educate the American public and Congress about legal issues in order to advance the interests of Israel and the Jewish people.
We assist American victims of terrorism in vindicating their rights under the law, and seek to hold terrorists and sponsors of terrorism accountable for their actions.
We fight anti-Semitism and anti-Israel bias in the media and on college campuses.
We strive to enforce existing law and also to create new law in order to safeguard the rights of the Jewish people in the United States and Israel.
Our Mission
ZOA STATEMENT
The ZOA speaks out for Israel – in reports, newsletters, and other publications. In speeches in synagogues, churches, and community events, in high schools and colleges from coast to coast. In e-mail action alerts. In op-eds and letters to the editor. In radio and television appearances by ZOA leaders. Always on the front lines of pro-Israel activism, ZOA has made its mark.
Related Articles
OP-ED BY: Liel Leibovitz, The Wall Street Journal Wall St Journal: ADL Loses Sight of Mission to Fight Anti-Semitism – Becomes Partisan Democrats

When the Anti-Defamation League was established in 1913, its mission was clear: “To stop, by appeals to reason and conscience and, if necessary, by appeals to law, the defamation of the Jewish people.” The ADL’s credo has changed a bit since—it now aspires to an “ever-more just society”—but it still presents itself as the nation’s […]