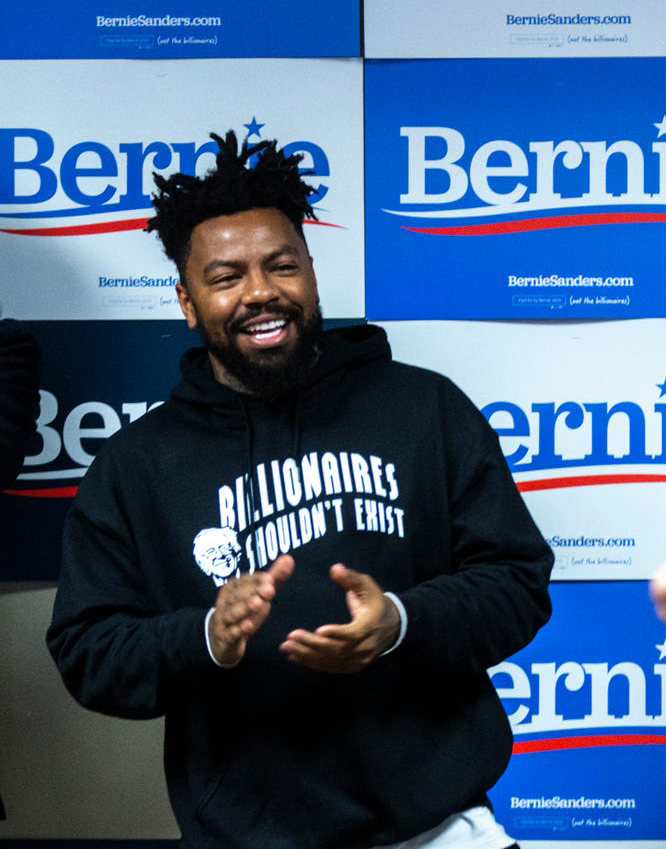 Agnew/Selah posted Dream Defenders’ common-core-compatible “rebellion curriculum” series for 6th to 11thgraders, which glorifies the Popular Front for the Liberation of Palestine (PFLP), a U.S. designated foreign terrorist organization. The “curriculum” calls all of Israel “occupied Palestine”; speaks of destroying Israel; and “liberating Palestine from Israeli rule” as “the best way to create a communist, working class party”; and mentions PFLP tactics including “hijackings, assassinations, car bombings, suicide bombings, and paramilitary operations against civilian and military targets” and the killing of Israel’s Tourism Minister.

Agnew/Selah participated in a “Dream Defenders” trip to Israel and the areas of Judea & Samaria controlled by the Palestinian Authority, led by PFLP supporter Ahmad Abuznaid, during which the trip participants harassed Israeli soldiers, called for BDS against Israel, and met with PFLP affiliate Addameer. Agnew/Selah falsely wrote that he “saw cold, calculated racism and ethnic privilege masquerading as a Jewish state.” The trip participants also met with BDS founder Omar Barghouti and Diana Butto, PLO spokesperson during the Second Intifada — in which Arab terrorists murdered over 1,500 Jews and maimed 10,000 Jews.

Agnew/Selah also falsely accuses Israel of committing “genocide and ethnic cleaning.” He falsely said that, “Palestinian children are met with tear gas and rubber bullets as they walk home from school.”

On non-Israel issues, Philip Agnew/Umi Selah frighteningly demands that the U.S. must abolish prisons and police forces, end capitalism, and have open borders. And on Facebook, Agnew/Selah thanked Ferguson demonstrators for throwing Molotov cocktails at police. (Selah posted: “yes, #thankyouferguson for your Molotov.”)

Despite all of Agnew/Selah’s ugly, radical, maniacal Jew-hatred, Senator Bernie Sanders stated, “I am excited to welcome Phillip to the team” as “one of our generation’s most critical voices.”

We would love to hear from you! Please fill out this form and we will get in touch with you shortly.
Trending Z
Uncategorized March 9, 2020
ZOA Analysis: Most American Rabbis Who Are Boycotting Some Israeli Ministers Are From Extremist Left Wing Groups (J Street; T’ruah; JVP)
Uncategorized March 9, 2020
ZOA: Israel’s Reasonable Judicial Reform Proposals Are Good for Democracy, the Rule of Law and the Economy
News March 9, 2020
ZOA is Disappointed, Offended and Frightened by 211 U.S. House Votes Supporting Jew-Hating, Israel-Hating Rep. Ilhan Omar
Uncategorized March 9, 2020
Israel’s “Right of Return” Grandparent Clause is De-Judaizing the Jewish State – Eliminate It
Center for Law & Justice
We work to educate the American public and Congress about legal issues in order to advance the interests of Israel and the Jewish people.
We assist American victims of terrorism in vindicating their rights under the law, and seek to hold terrorists and sponsors of terrorism accountable for their actions.
We fight anti-Semitism and anti-Israel bias in the media and on college campuses.
We strive to enforce existing law and also to create new law in order to safeguard the rights of the Jewish people in the United States and Israel.
Our Mission
ZOA STATEMENT
The ZOA speaks out for Israel – in reports, newsletters, and other publications. In speeches in synagogues, churches, and community events, in high schools and colleges from coast to coast. In e-mail action alerts. In op-eds and letters to the editor. In radio and television appearances by ZOA leaders. Always on the front lines of pro-Israel activism, ZOA has made its mark.
Related Articles
OP-ED ZOA Mourns Passing of Ariel Founder & Visionary, Ron Nachman