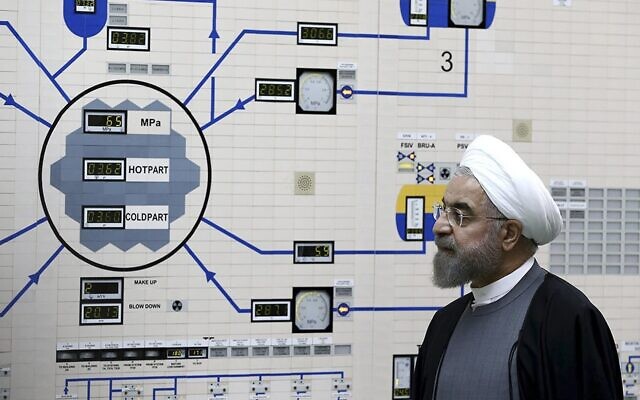 The ZOA strongly criticizes former Vice President Joe Biden’s April statement demanding sanctions relief for Iran. Biden falsely claimed that U.S. sanctions are “encouraging Iran to become even more aggressive and [to] restart its nuclear program”; and falsely claimed that the Trump administration is “compounding that failure with cruelty by inhibiting access to needed humanitarian assistance.”

It is ludicrous for Biden to accuse the Trump administration of “cruelty” and inhibiting access to medical aid. Biden knows that sanctions do not apply to humanitarian medical assistance; Biden’s April 3 statement even acknowledged that the U.S. actually offered coronavirus aid to Iran, and that “there are already humanitarian exceptions in place for sanctions.”

Biden tried to skirt these facts by claiming that, despite the sanctions exemption, aid organizations and governments are still afraid of running afoul of U.S. sanctions. But that claim is obviously false. The real problem (which Biden failed to mention) is that Iran’s mullahs rejected the United States’ generous offer of aid, and threw Doctors Without Borders (including its 50-bed planned hospital and medical personnel) out of Iran. (See “ZOA Opposes Waiving or Easing Nuclear and Financial Sanctions on Iran,” Apr. 2, 2020; and “ZOA Condemns Sanders, Ilhan Omar, Others for Demanding Ending Iran Sanctions,” Mar. 20, 2020.)

Biden also ignored the fact that the U.S. continues to pay for indirect humanitarian aid to Iran via UNICEF and WHO.

Biden is thus accusing the wrong party of “cruelty.”

It is the Iranian regime that is cruelly denying medical aid to its own people – in a cynical attempt to use the coronavirus to remove financial and nuclear sanctions, so that the regime can escalate its terror and nuclear activities.

Biden is also wrong that re-imposing sanctions is the cause of Iranian aggression. In fact, the Obama-Biden JCPOA (Iran deal) is to blame. The JCPOA gave Iran approximately $150 billion which enabled Iran to vastly increase its funding of its terror proxies, paying for missiles for Hamas and Hezbollah, and other military and anti-American activities. Iran still holds rallies where cries of “Death to America” and “Death to Israel” are the constant theme.

Unfortunately, Biden’s recent false statements about Iran, sanctions and the Iran deal are nothing new.

For instance, when the JCPOA was being reviewed by Congress in 2015, VP Biden promoted the Iran deal at a public meeting by extraordinarily and falsely stating:

“There is “one thing I want to set straight because I’ve seen the ads.  That is the idea that we can’t inspect military facilities — it’s simply not true. Let me get this straight. Look at me. As one person once said, ‘Read my lips.’ Not true,” he said to laughter. “We can, with cause, inspect any place in Iran if we believe there is illegal activity taking place.”

“Requests for access pursuant to provisions of this JCPOA will be made in good faith, with due observance of the sovereign rights of Iran, and kept to the minimum necessary to effectively implement the verification responsibilities under this JCPOA. In line with normal international safeguards practice, such requests will not be aimed at interfering with Iranian military or other national security activities, . . .” (JCPOA ¶ Q-74.)

ZOA urges Joe Biden to immediately stop proclaiming falsehoods about the Iran deal and sanctions. It’s bad for America. It’s bad for Israel. And it’s bad for our fight against radical Islamic terrorism.

We would love to hear from you! Please fill out this form and we will get in touch with you shortly.
Trending Z
News April 7, 2020
ZOA Condemns U.S. State Dept. & U.S. Amb. Nides For Siding with Antisemitic, Discriminatory Palestinian & Hamas Terrorists re: the Temple Mount, Violating Jews’ Religious Freedom
News April 7, 2020
ZOA’s Klein JPost Op-Ed: There is Nothing Extreme About Israel’s New Government
Uncategorized April 7, 2020
FLASH: ISRAEL-JORDAN PEACE TREATY (1994) GUARANTEES JEWS ACCESS TO THE TEMPLE MOUNT – LET MY PEOPLE PRAY
Uncategorized April 7, 2020
ZOA Analysis: Most American Rabbis Who Are Boycotting Some Israeli Ministers Are From Extremist Left Wing Groups (J Street; T’ruah; JVP)
Center for Law & Justice
We work to educate the American public and Congress about legal issues in order to advance the interests of Israel and the Jewish people.
We assist American victims of terrorism in vindicating their rights under the law, and seek to hold terrorists and sponsors of terrorism accountable for their actions.
We fight anti-Semitism and anti-Israel bias in the media and on college campuses.
We strive to enforce existing law and also to create new law in order to safeguard the rights of the Jewish people in the United States and Israel.
Our Mission
ZOA STATEMENT
The ZOA speaks out for Israel – in reports, newsletters, and other publications. In speeches in synagogues, churches, and community events, in high schools and colleges from coast to coast. In e-mail action alerts. In op-eds and letters to the editor. In radio and television appearances by ZOA leaders. Always on the front lines of pro-Israel activism, ZOA has made its mark.
Related Articles
OP-ED ZOA Mourns Passing of Ariel Founder & Visionary, Ron Nachman