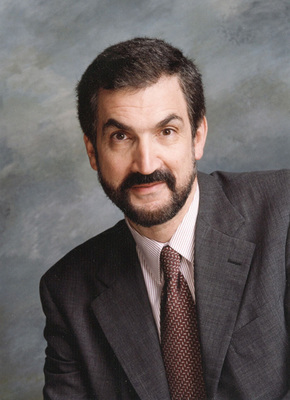 A few days ago, Daniel Pipes published a falsehood-filled New York Times op-ed opposing Israel’s application of her legally valid sovereignty over Judea, Samaria and the Jordan Valley. ZOA promptly wrote a detailed article demonstrating the fallacy of each argument in Pipes’ op-ed. Five (out of six) of Pipes’ arguments were mere fear-mongering about various parties’ reactions – fears that have been time and time again proven unwarranted. ZOA also debunked Pipes’ absurd assertion that “annexation” achieves nothing. Exercising sovereignty is a long-overdue step that will promote Israel’s and her people’s security; firmly assure that Israel maintains defensible borders; and end the decades-long limbo of the 500,000 Jews who live in Judea-Samaria – who need to have their communities fully integrated with the rest of Israel and governed by Israeli law. It is moreover vital to apply sovereignty now, while there is a friendly administration in Washington.

Pipes has now written a response to ZOA and to the many others including the Jerusalem Post’s renowned, award-winning journalist Caroline Glick and distinguished Israeli Professor Ephraim Inbar, Director of the Begin/Sadat Center for Strategic Studies, who criticized Pipes’ op-ed, marked by the following:

Pipes’ suggestion doesn’t help the 500,000 Jewish Israelis living in Judea-Samaria who need to be governed by Israeli law, and to have their homes fully integrated as part of Israel. Pipes’ “cut the water” suggestion also doesn’t achieve the strategic imperative of assuring Israel’s permanent control of the areas essential to Israel’s security. Israelis must hold Judea-Samaria and the Jordan Valley to prevent non-stop rocket attacks on Israel’s major population centers and prevent Israel from easily being cut in two in an attack.

We also have to wonder, if Pipes is not worried about the potential international reaction if Israel cuts off Palestinian-Arabs’ water and electricity, why is he so concerned about Israel simply exercising her sovereign rights to her land on which 500,000 Jews already live.

Other Experts Agree with ZOA: ZOA notes that other distinguished experts agreed with ZOA’s criticisms of Pipes’ op-ed, including the following:

We would love to hear from you! Please fill out this form and we will get in touch with you shortly.
Trending Z
Uncategorized May 14, 2020
FLASH: ISRAEL-JORDAN PEACE TREATY (1994) GUARANTEES JEWS ACCESS TO THE TEMPLE MOUNT – LET MY PEOPLE PRAY
Uncategorized May 14, 2020
ZOA Analysis: Most American Rabbis Who Are Boycotting Some Israeli Ministers Are From Extremist Left Wing Groups (J Street; T’ruah; JVP)
Uncategorized May 14, 2020
Israel’s “Right of Return” Grandparent Clause is De-Judaizing the Jewish State – Eliminate It
Uncategorized May 14, 2020
Exclusive: ZOA Accuses Ilhan Omar of Hating the U.S. ‘as Much as Israel,’ Lauds Kevin McCarthy for ‘Throwing Her Off the HFAC’
Center for Law & Justice
We work to educate the American public and Congress about legal issues in order to advance the interests of Israel and the Jewish people.
We assist American victims of terrorism in vindicating their rights under the law, and seek to hold terrorists and sponsors of terrorism accountable for their actions.
We fight anti-Semitism and anti-Israel bias in the media and on college campuses.
We strive to enforce existing law and also to create new law in order to safeguard the rights of the Jewish people in the United States and Israel.
Our Mission
ZOA STATEMENT
The ZOA speaks out for Israel – in reports, newsletters, and other publications. In speeches in synagogues, churches, and community events, in high schools and colleges from coast to coast. In e-mail action alerts. In op-eds and letters to the editor. In radio and television appearances by ZOA leaders. Always on the front lines of pro-Israel activism, ZOA has made its mark.
Related Articles
OP-ED ZOA Mourns Passing of Ariel Founder & Visionary, Ron Nachman