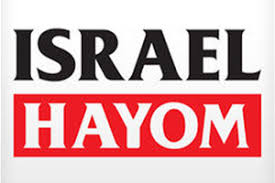 Israel Hayom: Jordan, Egypt, Others Will Make Only Symbolic Condemnation of Sovereignty
News

Although it still wasn’t clear whether Israel will declare sovereignty in parts of Judea and Samaria on July 1, talks between Israel and moderate Sunni countries were continuing in earnest behind the scenes.

Senior Arab diplomatic officials, along with senior defense and intelligence officials in Egypt and Jordan, confirmed to Israel Hayom on Monday that over the past several weeks – ahead of the planned implementation of Israeli sovereignty in Judea and Samaria and Jordan Valley – intensive diplomatic activity was taking place between Israel and moderate Arab countries. The purpose of these diplomatic efforts was to reach an agreement on the nature and scope of the response from Sunni Arab countries, chief among them Egypt and Jordan, which have peace treaties with Israel – if and when Israel applies sovereignty.

According to those Arab officials, senior intelligence and defense officials were engaging in the talks under a heavy veil of secrecy.

One senior Arab diplomat said Mossad chief Yossi Cohen and the head of Egypt’s General Intelligence Service Abbas Kamal were spearheading the talks, and that in recent meetings agreed that Israel would implement its sovereignty plan while Arab countries would voice their formal objections to the initiative – without significantly damaging diplomatic relations between the countries.

A senior Egyptian official told Israel Hayom this week that Palestinian concerns about the nature of Cairo’s response to Israel’s sovereignty bid were justified because Cohen and Kamal have already agreed in principle over the scope and tone of Egypt’s response. Egyptian defense officials have even been able to persuade their Jordanian counterparts to recommend to Jordanian King Abdullah II to suffice with declarative condemnation of the Israeli initiative and eschew operative steps that would harm the peace accord with Israel.

Another senior Egyptian official told Israel Hayom: “Egyptian involvement in Libya, amid the security developments there, is a much greater priority than the Palestinian issue and the interests of [Palestinian Authority President Mahmoud Abbas], who hastily turned to Turkey, which is scheming against us in Libya, and asked it to spearhead a comprehensive Arab struggle against the Israeli sovereignty plan. Abbas’ request to [Turkish President Recep Tayyip] Erdogan sparked anger not only in Egypt but in Jordan as well.”

This statement reflects the depth of Egyptian-Jordanian cooperation and coordination, not just in Libya but also on the Palestinian issue.

“There is complete synchronicity between Egyptian President Abdel Fattah el-Sissi and King Abdullah. The national and security interests of Egypt and Jordan are the top priority for both leaders, even at the expense of Palestinian interests,” said the Egyptian official.

A senior Jordanian official confirmed that assessment, also telling Israel Hayom that King Abdullah has told Abbas via his foreign minister that a recent report in Hezbollah-affiliated Al Mayadeen TV – whereby Israeli application of sovereignty would make it hard for Jordan to uphold the peace treaty with Israel – was inaccurate.

“The message delivered to Abbas was about [Jordan’s] security coordination and diplomatic cooperation with Egypt on all matters pertaining to the Palestinians, and the possibility that Jordan, similar to Egypt, would solely suffice with a declarative denunciation of the Israeli annexation plan and certainly wouldn’t harm the peace treaty with Israel and the special security ties between the countries,” said the official.

He added: “Turkish intervention in Libya isn’t only a threat to Egypt but to Jordanian interests as well. It proves just how far the Palestinians are willing to go in pursuit of their own interests, even if these run counter to the general Arab interests.”

This article was originally published in Israel Hayom.

We would love to hear from you! Please fill out this form and we will get in touch with you shortly.
Trending Z
Uncategorized June 24, 2020
ZOA Analysis: Most American Rabbis Who Are Boycotting Some Israeli Ministers Are From Extremist Left Wing Groups (J Street; T’ruah; JVP)
Uncategorized June 24, 2020
ZOA: Israel’s Reasonable Judicial Reform Proposals Are Good for Democracy, the Rule of Law and the Economy
News June 24, 2020
ZOA is Disappointed, Offended and Frightened by 211 U.S. House Votes Supporting Jew-Hating, Israel-Hating Rep. Ilhan Omar
Uncategorized June 24, 2020
Israel’s “Right of Return” Grandparent Clause is De-Judaizing the Jewish State – Eliminate It
Center for Law & Justice
We work to educate the American public and Congress about legal issues in order to advance the interests of Israel and the Jewish people.
We assist American victims of terrorism in vindicating their rights under the law, and seek to hold terrorists and sponsors of terrorism accountable for their actions.
We fight anti-Semitism and anti-Israel bias in the media and on college campuses.
We strive to enforce existing law and also to create new law in order to safeguard the rights of the Jewish people in the United States and Israel.
Our Mission
ZOA STATEMENT
The ZOA speaks out for Israel – in reports, newsletters, and other publications. In speeches in synagogues, churches, and community events, in high schools and colleges from coast to coast. In e-mail action alerts. In op-eds and letters to the editor. In radio and television appearances by ZOA leaders. Always on the front lines of pro-Israel activism, ZOA has made its mark.
Connect with us
Sign up for our Newsletter