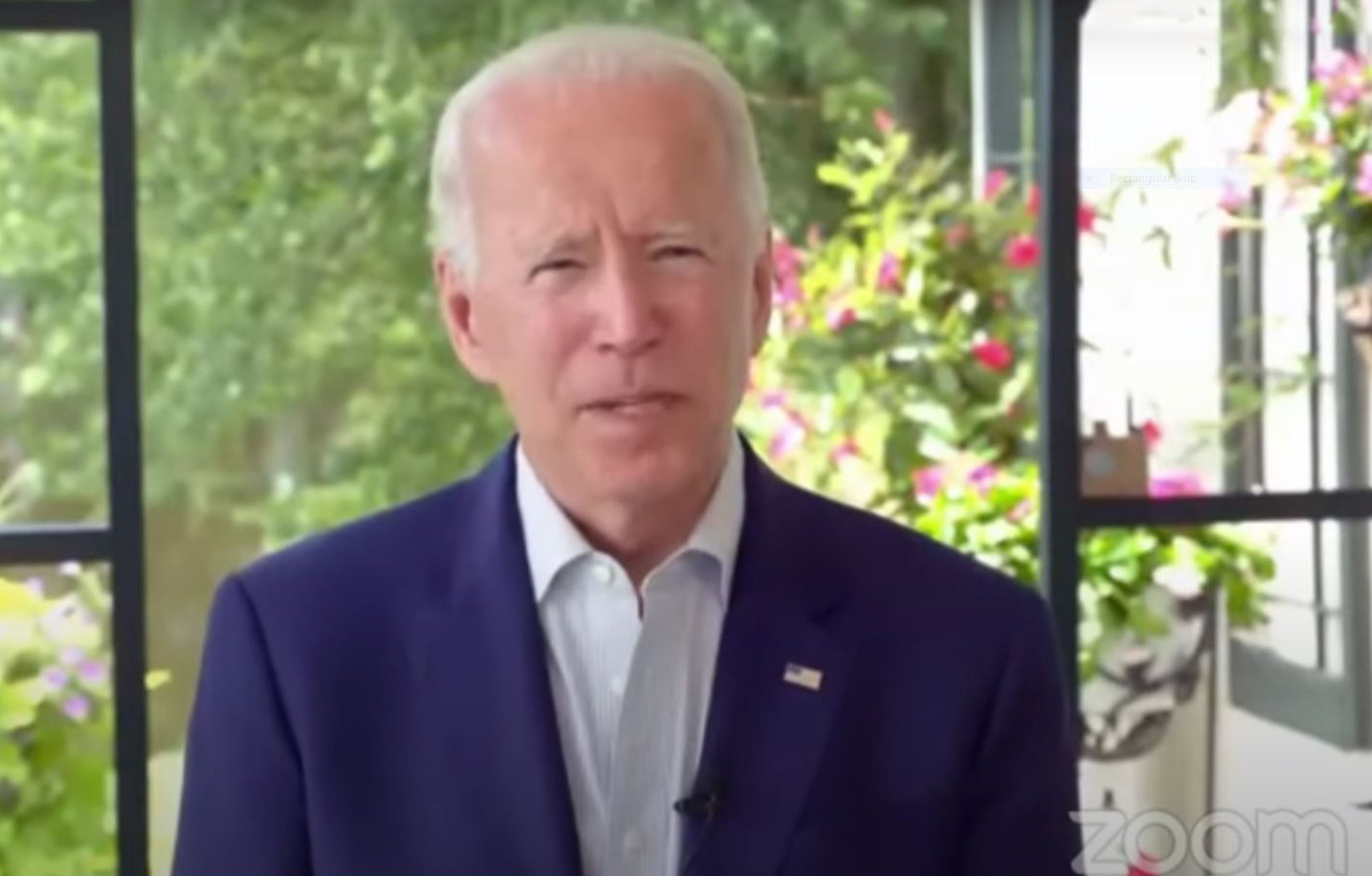 Note: ZOA does not endorse or reject any candidates for public office.

The ZOA is alarmed and appalled that Vice President Joe Biden joined the following notorious Jew-haters and Israel-bashers at the “Million Muslim Votes Summit” on July 20:

True to form, during this week’s “Million Muslim Votes Summit” with VP Biden, after Sarsour bragged about her recent arrest (for trespassing on the Kentucky attorney general’s home, and intimidating him: the protestors called for burning down the AG’s home if they didn’t get what they wanted), Sarsour said that defeating Trump was about “defeating fascism,” and demanded ending the “occupation of the Palestinian people,” (by which Sarsour meant ending Israel) and urged: “If you want to see an end to the military occupation of the Palestinian people, then I need you on the streets all the time.”

Yet, at this week’s Million Muslim Votes Summit with Biden, Omar was praised as “quite a champion for our community. We’re so grateful for her leadership in Congress.”

ZOA accordingly demands that Biden apologize for his joint appearance with vicious antisemites Sarsour, Omar, Al-Marayati, and Awad, and retract his acceptance of endorsements from Jew-haters/Israel-bashers Ilhan Omar and Farrakhan-supporter Keith Ellison.

ZOA is also alarmed at the policies Biden announced at the “Million Muslim Votes Summit” and in a written statement to the Summit’s organizer, Emgage. ZOA demands that Biden retract these.

•  Resuming sending hundreds of millions of U.S. tax dollars to the Palestinians (which would enable the Palestinian Authority’s $400 million per year of “pay to slay” payments to Arabs to murder Jews and Americans).

We would love to hear from you! Please fill out this form and we will get in touch with you shortly.
Trending Z
News July 23, 2020
ZOA Deplores that Pres. Trump Dined with Jew-Haters Kanye West & Nick Fuentes, and Demands he Condemn Them
News July 23, 2020
Newsweek Op-Ed by ZOA’s Mort Klein: ZOA Honoring Trump as the Greatest President Ever for Israel and American Jews
Uncategorized July 23, 2020
ZOA Honors Trump With Rarely Given Herzl Award for His Great Pro-Israel Work – Joins Ranks of Balfour, Truman, Begin, Meir, Ben-Gurion
News July 23, 2020
ZOA Responds to Questions About Pres. Trump, Kanye West, Fuentes, etc. Issue
Center for Law & Justice
We work to educate the American public and Congress about legal issues in order to advance the interests of Israel and the Jewish people.
We assist American victims of terrorism in vindicating their rights under the law, and seek to hold terrorists and sponsors of terrorism accountable for their actions.
We fight anti-Semitism and anti-Israel bias in the media and on college campuses.
We strive to enforce existing law and also to create new law in order to safeguard the rights of the Jewish people in the United States and Israel.
Our Mission
ZOA STATEMENT
The ZOA speaks out for Israel – in reports, newsletters, and other publications. In speeches in synagogues, churches, and community events, in high schools and colleges from coast to coast. In e-mail action alerts. In op-eds and letters to the editor. In radio and television appearances by ZOA leaders. Always on the front lines of pro-Israel activism, ZOA has made its mark.
Related Articles
OP-ED ZOA: One Man’s Inspiring Personal Fight Against Economic BDS

Zionist Organization of America president Morton A. Klein released the following statement: Prominent New York physician Abe Pollack recently sat down with ZOA and described his inspiring personal battle against BDS (anti-Israel boycotts, divestment and sanctions).  Basically, at every opportunity, Dr. Pollack supports companies that are based in or doing business in Israel, and those […]

Zionist Organization of America (ZOA) President Morton A. Klein released the following statement: As a bi-partisan organization, the ZOA treasures opportunities to work with lawmakers and opinion makers on “both side of the aisle.”   Alarmingly, Congressional bipartisanship on pro-Israel issues, as well as on issues related to U.S. security, is likely to be immeasurably harmed […]