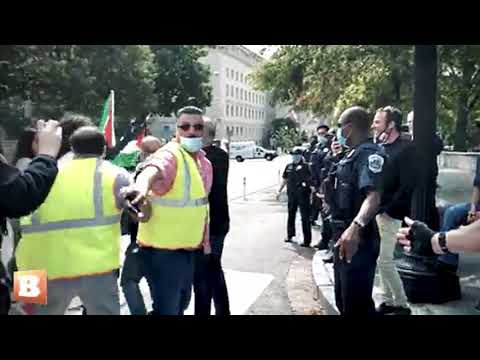 Pro-Palestinian and pro-Israel groups clashed outside of the White House on Tuesday as President Donald Trump and other leaders signed the “Abraham Accords,” a peace deal between Israel, Bahrain, and the United Arab Emirates brokered by the United States.

Breitbart News was on the scene and captured the incident on film as it unfolded.

“Free free Palestine,” shouted the pro-Palestinian protesters parading down the street surrounded by Palestinian flags. “No justice, no peace.”

Amid the chants were several signs and posters, from both sides, which were shown off during the march.

“Benjamin Netanyahu and the State of Israel do not represent world Jewry,” stated one sign from the pro-Palestinian group. Another said, “No Trump, No KKK, No Fascist USA.”

As the pro-Palestinian group approached the pro-Israel group, which was nestled peacefully on a street corner, the two groups began shouting at one another and arguing. Police were filmed quickly stepping in to separate the two groups.

“Israel is on the map to stay,” read another sign held by a member of the pro-Israel group.

At the event held at the White House, Trump declared “the dawn of a new Middle East” with the signing of the peace deal between Israel, Bahrain, and the United Arab Emirates.

“We’re here this afternoon to change the course of history,” he said. “After decades of division and conflict, we mark the dawn of a new Middle East.”

The original article was published by Breitbart and can be viewed here.

ZOA Pictures From the White House: 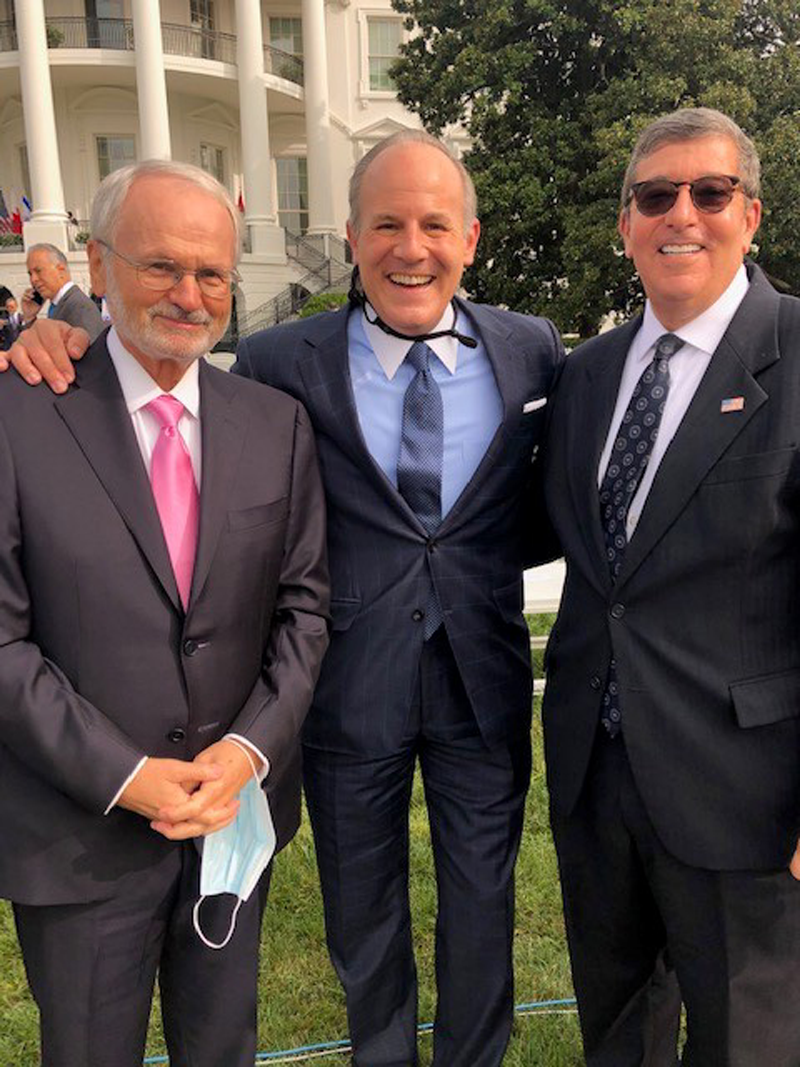 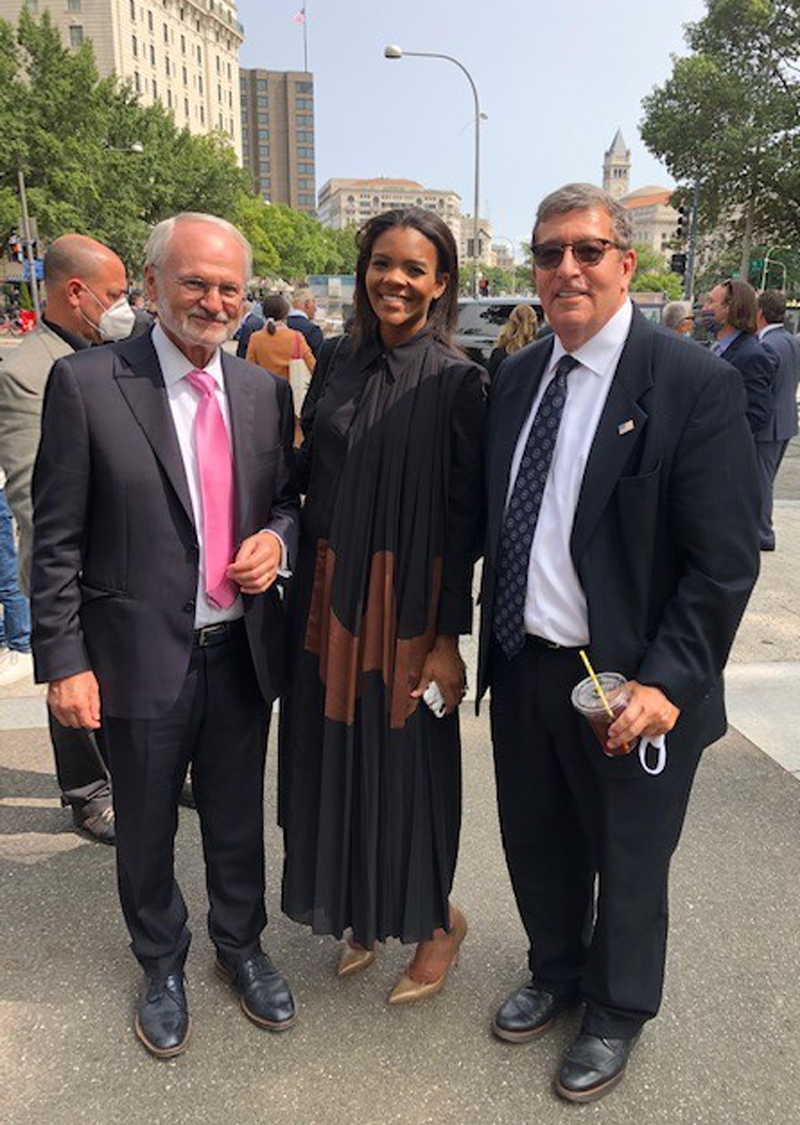 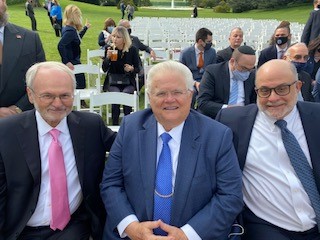 We would love to hear from you! Please fill out this form and we will get in touch with you shortly.
Trending Z
News September 17, 2020
ZOA Condemns U.S. State Dept. & U.S. Amb. Nides For Siding with Antisemitic, Discriminatory Palestinian & Hamas Terrorists re: the Temple Mount, Violating Jews’ Religious Freedom
News September 17, 2020
ZOA’s Klein JPost Op-Ed: There is Nothing Extreme About Israel’s New Government
Uncategorized September 17, 2020
FLASH: ISRAEL-JORDAN PEACE TREATY (1994) GUARANTEES JEWS ACCESS TO THE TEMPLE MOUNT – LET MY PEOPLE PRAY
Uncategorized September 17, 2020
ZOA Analysis: Most American Rabbis Who Are Boycotting Some Israeli Ministers Are From Extremist Left Wing Groups (J Street; T’ruah; JVP)
Center for Law & Justice
We work to educate the American public and Congress about legal issues in order to advance the interests of Israel and the Jewish people.
We assist American victims of terrorism in vindicating their rights under the law, and seek to hold terrorists and sponsors of terrorism accountable for their actions.
We fight anti-Semitism and anti-Israel bias in the media and on college campuses.
We strive to enforce existing law and also to create new law in order to safeguard the rights of the Jewish people in the United States and Israel.
Our Mission
ZOA STATEMENT
The ZOA speaks out for Israel – in reports, newsletters, and other publications. In speeches in synagogues, churches, and community events, in high schools and colleges from coast to coast. In e-mail action alerts. In op-eds and letters to the editor. In radio and television appearances by ZOA leaders. Always on the front lines of pro-Israel activism, ZOA has made its mark.
Related Articles
OP-ED BY: ZOA Staff ZOA Criticizes Pres. Obama For Praising Abbas’ “Renoucing Violence” –– Kerry For Calling Israel Demand of Recognition As “Jewish State” A Mistake