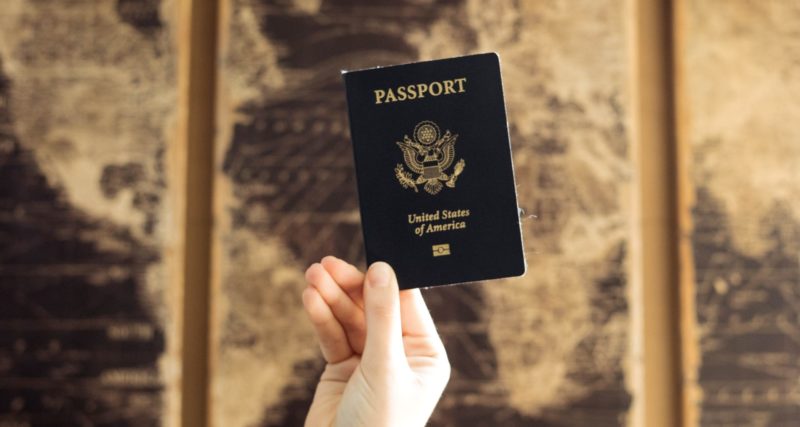 The ZOA strongly praises three important groundbreaking pro-Israel Pro-Jewish actions taken by the Trump administration this week.  The administration’s actions correct previous administrations’ injustices regarding passports of Americans born in Jerusalem, Israel; scientific research in Judea, Samaria, and the Golan; and combatting Arab antisemitism. President Trump has proven yet again that he is the greatest friend of Israel and the Jewish people we’ve ever had in the White House.

The Trump administration’s pro-Israel passport decision is especially gratifying because it vindicates ZOA’s long legal battle for recognition that Americans born in Jerusalem, Israel should be allowed to state that fact on their passports. Every administration and court blocked this right and allowed this injustice to continue—until President Donald Trump!

ZOA’s Center for Law and Justice filed the first lawsuit on this issue and filed three amicus briefs in the merged passport case, including two in the U.S. Supreme Court. We also wrote many op-eds on this issue.

In 2002, Congress passed a law (the Foreign Relations Authorization Act, Fiscal Year 2003, §214(d), 116 Stat. 1350) requiring the State Department to allow Americans born in Jerusalem to list their birth country.  However, the Bush and Obama-Biden administration refused to follow that law, and fought against allowing Americans to put Israel on their passports, all the way to the U.S. Supreme Court.

ZOA brought the first case on behalf of a U.S. citizen born in Jerusalem who wished to have “Israel” listed on his passport.  When the case was merged with the case brought by the parents of an American child born in Jerusalem, ZOA filed three amicus briefs in the merged case, including two in the U.S. Supreme Court.  See, e.g., “ZOA Files Amicus Brief With U.S. Supreme Court – Urges Enforcement of U.S. Law That “Israel” Be Recorded On Passports Of Jerusalem-Born Americans” (2011); and “ZOA’s Amicus Brief to U.S. Supreme Court Cited in Commentary Magazine” (2014).

Scientific, Industrial, and Agricultural Research in Judea, Samaria, and the Golan Heights:  Second, the ZOA is thrilled that, yesterday, in a ceremony at Ariel University in Samaria, Israel, the U.S.’s great Ambassador David Friedman and Israeli Prime Minister Benjamin Netanyahu signed three revised scientific, industrial, and agricultural research cooperation agreements that remove previous restrictions on funding scientific projects in Judea, Samaria, and the Golan Heights.  (The previous versions of these agreements, signed in the 1970s, prohibited funding over the artificial 1949 Armistice line – the point where the fighting stopped after six Arab nations invaded Israel in 1948-1949 and seized portions of the land lawfully guaranteed to the Jewish people for the Jewish homeland.)

It is extremely gratifying that, after decades of misguided restrictions, the Trump administration has recognized that scientific cooperation between the U.S. and Israel should know no artificial boundaries.  Science will surely be advanced with this new enlarged cooperation.

“On October 22, 2020, Dr. Sheikh Khalid bin Khalifa Al Khalifa of the King Hamad Global Centre for Peaceful Coexistence [in Bahrain] and Elan S. Carr, the U.S. Department of State Special Envoy to Monitor and Combat antisemitism, signed a memorandum of understanding on antisemitism in Washington, D.C.  The document outlines goals to eradicate antisemitism and promote respect and peaceful coexistence between Arab and Jewish people through education and programs.”

Special Envoy Carr explained that:  “This Memorandum of Understanding executed between my Office and the King Hamad Global Centre for Peaceful Coexistence is groundbreaking in that it is the first time in history we are seeing Arab partners formally join the United States in combatting antisemitism and the delegitimization of the State of Israel; and employing the International Holocaust Remembrance Alliance definition of antisemitism.  This partnership will build a future of tolerance, harmony, and peace for generations to come.”

The Zionist Organization of America strongly applauds and deeply appreciates this groundbreaking agreement.

We would love to hear from you! Please fill out this form and we will get in touch with you shortly.
Trending Stories
News October 29, 2020
Let Self-Haters Ben Cohen and Jerry Greenfield Choke on Their Woke – Israel National News
Action Alerts October 29, 2020
Zionist Organization of America (ZOA) Action Alert: Boycott Ben & Jerry’s Ice Cream & Products for Boycotting Israel
News October 29, 2020
ZOA Documents Years of Antisemitism at Fairfax, VA Public Schools – Demands Corrective Measures to Protect Jewish Students
Action Alerts October 29, 2020
ZOA ACTION ALERT: Israel In Danger: Zionist Organization of America Members and Others Please Take Action
Our Mission
ZOA STATEMENT
The ZOA speaks out for Israel – in reports, newsletters, and other publications. In speeches in synagogues, churches, and community events, in high schools and colleges from coast to coast. In e-mail action alerts. In op-eds and letters to the editor. In radio and television appearances by ZOA leaders. Always on the front lines of pro-Israel activism, ZOA has made its mark.
Center for Law & Justice
We work to educate the American public and Congress about legal issues in order to advance the interests of Israel and the Jewish people.
We assist American victims of terrorism in vindicating their rights under the law, and seek to hold terrorists and sponsors of terrorism accountable for their actions.
We fight anti-Semitism and anti-Israel bias in the media and on college campuses.
We strive to enforce existing law and also to create new law in order to safeguard the rights of the Jewish people in the United States and Israel.
Related Articles
OP-ED ZOA Mourns Passing of Ariel Founder & Visionary, Ron Nachman